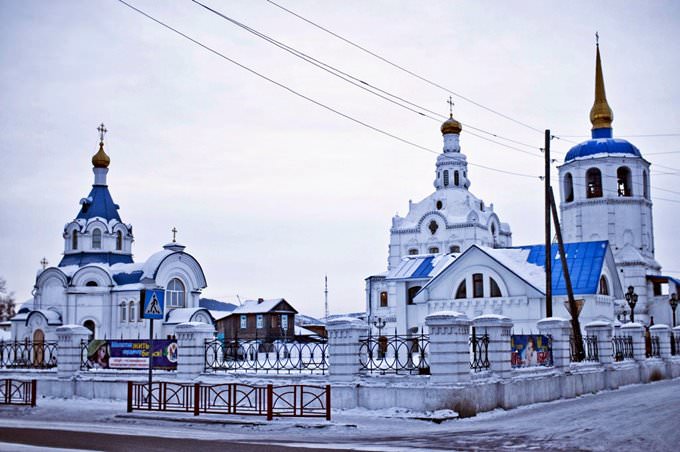 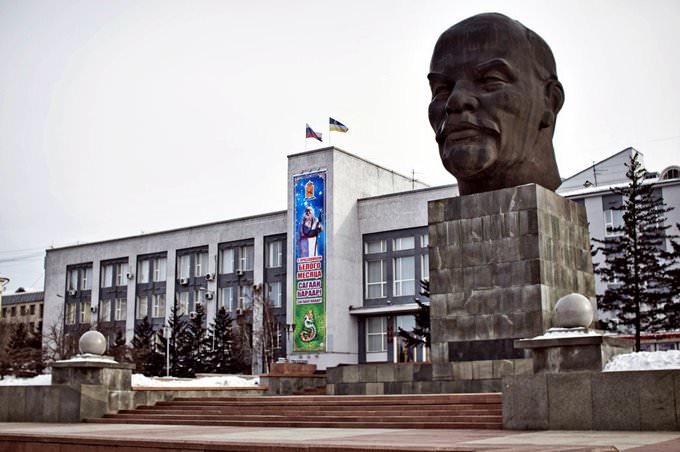 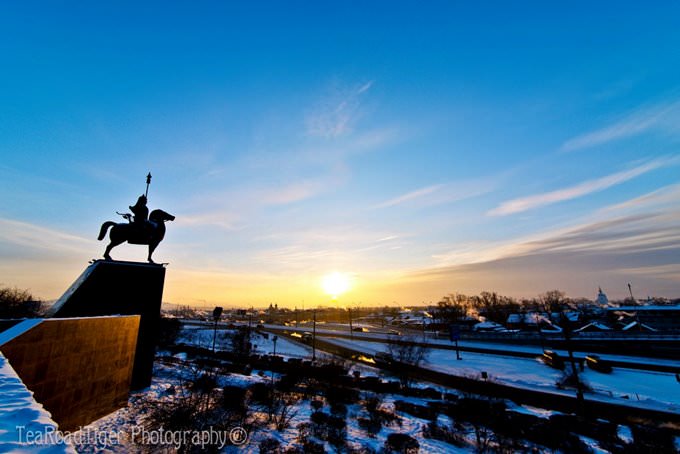 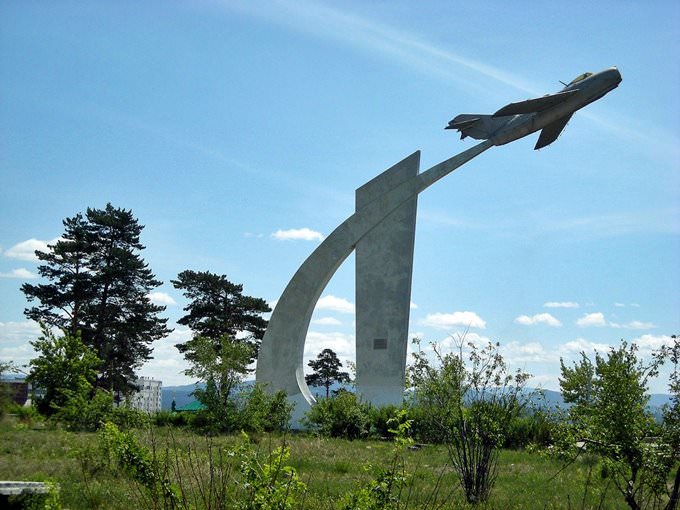 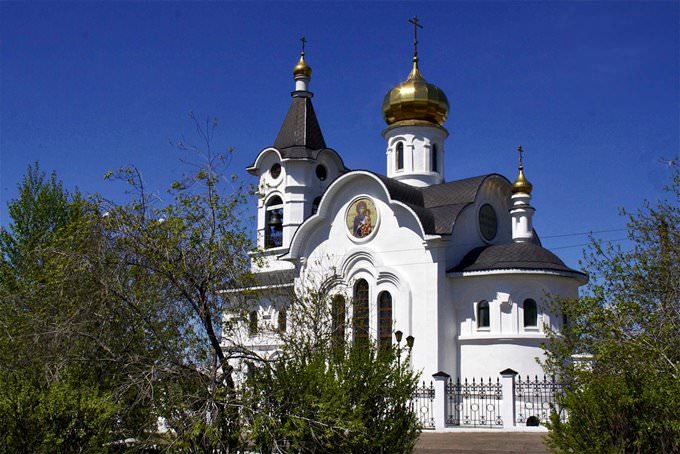 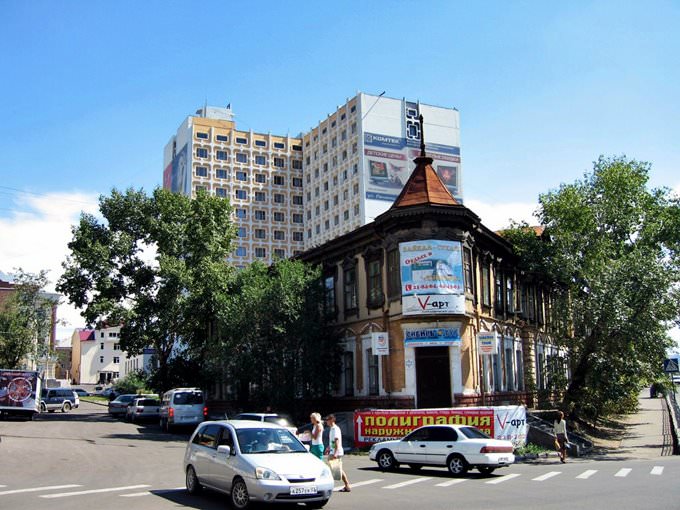 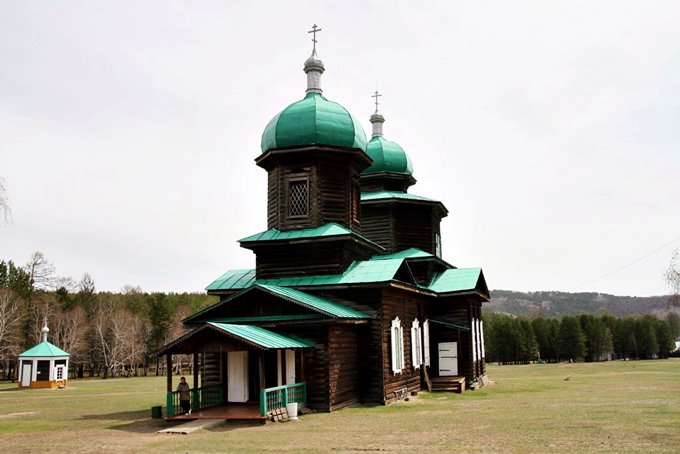 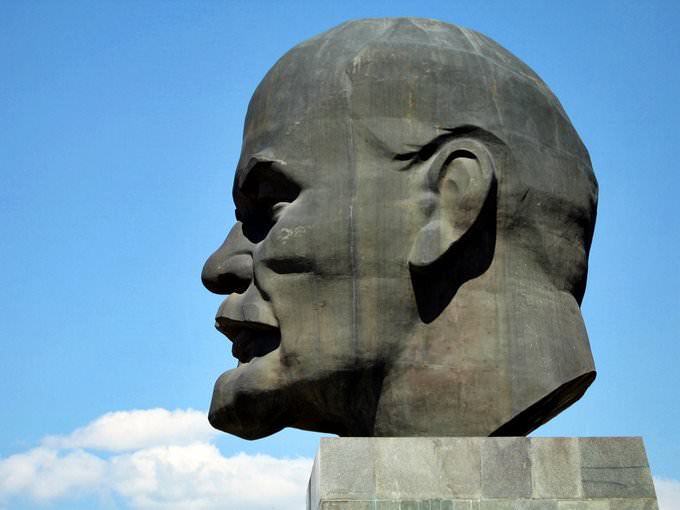 The Magnificent Head of Lenin, Ulan Ude by humour42 @flickr

Chapters of the guide to Ulan-Ude

Sable Lake is one of the biggest ponds in the region. It attracts tourists with its inimitable beauty. There are age-old forests growing along the lake shores. The shores have a spectacular view of the mountains. In a warm period, tourists can choose from dozens of hiking routes of different length. The guests of Ulan Ude have an opportunity to visit one of the largest outdoor museums in Russia, the … Open

The cultural image of Ulan Ude is still developing. New architectural masterpieces regularly appear here. One of the most important events was the opening of the fountain on Theatre Square. Many people prefer admiring it after dark. When the sun sets, the fountain is decorated with spectacular artistic lights. The cultural life of the city is rich with beautiful holidays that may turn into an unforgettable adventure … Open

Search touristic sights on the map of Ulan-Ude

Photogalleries of neighbours of Ulan-Ude

Irkutsk
If you wish to appreciate the monuments of wooden architecture, it will be interesting to see the "Shastin house" which is often called a "lace house". It is decorated with carvings, wooden turrets, figured columns and other elements of decor that make its image unique. Since ancient times, local people have decorated the wooden houses with carvings; this custom has remained ... Open »
Krasnoyarsk
Not only Paris has a triumphal arch - in Krasnoyarsk, this monument also deserves special mention. It was erected in 2003, and when tourists drive along Prospekt Mira, it certainly catches the eye, being a symbol of victory. The city has many monuments to great people - Surikov, Pushkin and his wife, Dzerzhinsky, Chekhov, and even musicians who have made significant ... Open »
Beijing
There are very unusual buildings in the city that will become a real discovery even for the most seasoned travelers. In the first place, this is the Beijing National Stadium, which is commonly called “Bird’s Nest” due to its shape. Its construction was conditioned by the holding of the 2008 Olympic Games. Another unique building is the futuristic Galaxy SOHO complex in ... Open »
Seoul
The N Seoul Tower is, without a doubt, one of the most outstanding modern landmarks. It is located in the heart of Seoul, on the hill with the same name. The tower was built in 1980. It is a 237-meter high building, the upper floors of which have comfortable observation platforms. Taking into account the height of the hill, the total height of the observation platforms is ... Open »
OrangeSmile.com - online travel reservation expert providing reliable car rental and hotel booking services. We feature more than 25.000 destinations with 12.000 rental offices and 200.000 hotels worldwide.
Secure Server