Sightseeing in Gomel - what to see. Complete travel guide 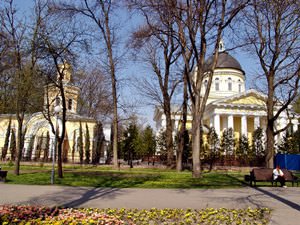 Gomel is one of the most ancient cities on the Belarusian land; no one knows the exact date of its foundation. It arose in those times when people still did not know written language and hardly had idea of ​​any chronology. The first settlements arose on a hill that was located at the confluence of the rivers Iputi and Sozh. The hill was not only one of the most beautiful places but it also occupied a very advantageous geographical position. Over the centuries, the tribes succeeded each other until finally the territory was occupied by the Radimichi. In those days the main city of their tribe was Gomiy.
Cuisine of Gomel for gourmet with top restaurants and cafe
As in any big city, there are many places in Gomel where you can have a good rest and satisfy the feeling of hunger. From the variety of cafes and restaurants available to travelers, you …

Open
Residents engaged in hunting and fishing; these fisheries for many years formed the basis of the activities of the indigenous population. After the collapse of Kievan Rus, Gomiy began to pay tribute to Chernigov princes, who immediately identified this cozy and well-fortified settlement from among the rest. Despite its modest size, the town had a fine craftsmanship. In addition, it was located in a surprisingly beautiful area.
Soon Gomel fell under the rule of the Grand Duchy of Lithuania, and then of the Polish-Lithuanian Commonwealth. During this period it became a serious military and commercial center. The territory of Gomel is continuously expanding and supplemented by new fortifications. In the XVII century, he received the Magdeburg law and became self-governed, an innovation that opened a lot of new prospects for the city. After the first partition of Poland, the city went under the rule of the Russian Empire, and at the end of the 19th century, through Gomel, the way from St. Petersburg to Kiev was paved. Copyright www.orangesmile.com
Excursion over cultural sights of Gomel - 'must visit' points of interest
Gomel is a very charming Belarusian city, full of unspeakable charm. Many visitors of the city prefer to stroll through its picturesque streets in the evening, because in the light of the …

Open
At this time in the city 17 thousand people lived already 17, but the fire which suddenly collapsed on it brought serious adjustments in the way of life. Almost completely burnt out, the city was quickly restored, and soon it became a major railway junction. Industry actively developed here and the population grew. The territory of the city began to elevate, conduct water supply, put gas lights on the streets and tar the central streets with stone. In 1926, Gomel was annexed to Belarus. Not only industrial enterprises, but also educational institutions, cinemas, theaters, hospitals, research institutes were built here. Now Gomel is a large Belarusian city, which is located near the border with Ukraine. It is quite old and beautiful; there are many interesting things here. 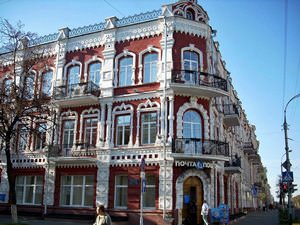 The important symbol of the city is St. Nicholas Monastery. It was founded in 1905 and today is the only working friary in Gomel. The monastery has a great value from an architectural point of view. It houses a lot of old icons and other religious relics. Now, there is a Sunday school and a library with rare books on the territory of the monastery. In 2007, the fragments of St. Nicholas’s relics were delivered to this historical monastery from Italy. Now, it is an important pilgrimage center.
Advices to travellers: what you should know while being in Gomel
1. One of the most popular hotels in Gomel is located in the railway station building. It is ideal for travelers who expect to spend a couple of days in the city; it is not difficult to get …

Open
In the city, there are a lot of old beautiful preserved buildings. The excursions around the Hunting Lodge are very popular too. This is a former summer residence of N. Rumyantsev built in the early 19th century. Now, this old building has an atmosphere of the past and houses the interesting collection of antique furniture and pieces of art. In this noble manor, you can see the personal belongings of their former owners. In summer, the visitors of the museum will have an opportunity to walk along the picturesque garden. 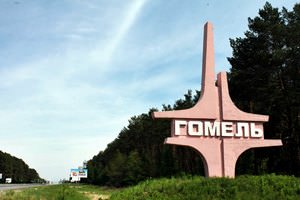 One of the most mysterious historical attractions in Gomel is the Look-out Tower built of brick. The exact date of its construction is not known, which gives ground for multiple legends and mysterious stories. Some historians agree on the view that the tower is a preserved part of the old sugar factory. The tower is almost 40 m high. Some of its fragments are made of beautiful red brick that was quite expensive in the last centuries. Several years ago, underground rooms were found under the tower, which gave rise to new questions and insoluble riddles.
Cuisine of Gomel for gourmet with top restaurants and cafe
As in any big city, there are many places in Gomel where you can have a good rest and satisfy the feeling of hunger. From the variety of cafes and restaurants available to travelers, you …

Open
In Gomel, there is the fabulous Puppet Theatre that will impress not only tourists with children, but also all the fans of theatrical performances. This theatre was opened in 1968. Its founder was Victor Chernyaev. Now, many performances are held for little tourists. Belarus dramatic shows are often held here. The theatre is also notable for its nearby territory decorated in an unusual way. At its entrance, you can see sculptures of famous fairy-tale characters, which pictures the visitors like taking.

This guide to iconic landmarks and sights of Gomel is protected by the copyright law. You can re-publish this content with mandatory attribution: direct and active hyperlink to www.orangesmile.com.
Gomel - guide chapters 1 2 3 4

City tours, excursions and tickets in Gomel and surroundings

National and city parks around Gomel
♥   National Park 'Chernobyl' , 131.7 km from the center. On the map

The capital of the country, Minsk, is also the biggest culture centre of Belarus. The most famous landmarks of the city include Troitskoye Predmestye, Jesuit Collegium, Kalvaryja Church, the Church of Maria Magdalena, the Church of Alexander Nevsky, the Church of Holy Trinity, the Cathedral of Holy Spirit, Mason House, Pishchalauski Castle and Loshitskij Park and mansion. Almost all of these memorial places were constructed to celebrate an important historic event. As the majority of sights in Minsk are old, they exhibit numerous ancient artefacts, priceless icons and relics, so an excursion to any of the abovementioned places will be truly interesting and educative. The most popular museum in Minsk are Belarus National Museum of History and Culture, Belarus State Art Museum, the Museum of Ancient Art, the Museum of World War II, the Museum of National Architecture and the Museum of Stones in Uruchie. … Open

Search touristic sites on the map of Gomel

Sightseeing in regions nearby Gomel

Mahilyow
It is still not known why the city is called Mogilev. The origin of the name is associated with two interesting legends. One of them is connected with the name of Gaul King Lev who allegedly built a castle here. Of course, merchants, craftsmen and anglers started settling near the castle. The other legend says that the city was named after the grave of Lev, a fearless and ... Open »
Kiev
The main street of the city is called Kreschatik. We suggest starting your observation of the city with it. It’s also worth mentioning that this street is one of the widest in the world. On weekends the movement of the transport is closed on Kreschatik, so pedestrians can enjoy various architectural sights of this place, look at monuments and sculptures. The buildings on the ... Open »
Bryansk
The first settlements on the territory of the province appeared after the retreat of the glacier, tribes began settling along the banks of the Desniansky basin. Traces of several hundred of these settlements were discovered by scientists in the Bryansk region. The first mention of the city refers to the Ipatiev Chronicle of 1146, and after the recording of the city, they were ... Open »
Smolensk
As for other outstanding architectural monuments, the House of Engelhardt and the House of Budnikov should be noted. These buildings are really gorgeous. The locals appreciate their history, so there are almost no abandoned houses in the city. Every historic building is occupied by a cultural facility or a guesthouse. Some historic buildings serve as shops and restaurants ... Open »
Minsk
The ancient city with an interesting history, Minsk is famous by numerous cultural centers and great atmosphere that is perfect for relaxed rest. Minsk was almost completely destroyed during the Second World War; today only several buildings of the 17th century belong to the oldest architectural monuments. All other monuments have been destroyed. However, there are truly many ... Open »
Vitebsk
The first settlements on the territory of modern Vitebsk appeared in the Stone Age. Archaeologists have discovered ancient cities, barrows, as well as household items and tools of labor of the first settlers. The very first principality which arose on this territory is Polotsk. It was located in the basins of the Western Dvina; partially Neman and Berezina. Due to its favorable ... Open »

All about Gomel, Belarus - sightseeings, attractions, touristic spots, architecture, history, culture and cuisine. Prepare your trip together with OrangeSmile.com - find out the 'must see' things in Gomel, which places to visit, which excursions to take, where the breathtaking views are waiting for you. Planning your trip with this travel guide will help your to get the most out of Gomel in few days.