Sightseeing in Zaporozhye - what to see. Complete travel guide 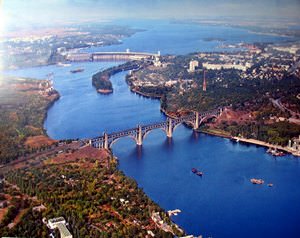 Zaporizhia - one of the most beautiful and ancient cities of Ukraine, whose territory’s settlement began in the era of the Early Paleolithic. Scientists have discovered on these lands traces of more than a hundred settlements and valuable artifacts of the Bronze Age. On these lands, the mighty Scythian kingdom was founded and existed for several hundred years. On the Scythian dominion, now are the remaining burial mounds and statues that bring to mind the famous Polovtsian women, who symbolized the invincibility and immortality of the Scythian warriors. These statues were sacrificed by soldiers, because they believed that they guarded them and brought good luck in battle.
Excursion over cultural sights of Zaporozhye - 'must visit' points of interest
Zaporizhia is a large industrial city, one of the most important industrial centers of Ukraine. It does not at all resemble those industrial cities that were actively rebuilt during the …

Open
After the defeat of the Scythian kingdom, these lands were captured by the Huns, Avars and Khazars. Very soon the Russian prince Svyatoslav defeated the Khazars, and after him the Pechenegs came to the lands of modern Zaporizhia. About this intense period of history, also recall an important landmark, on Voznesenovskiy descent there is a monument of the glorious prince Svyatoslav. Already from the middle of the 11th century these lands were taken by the Polovtsian tribe. The Russian princes did not manage to break the Polovtsian troops, as the Mongol-Tatar invasion struck Russia.
The history of Zaporizhia is inextricably linked with the famous Zaporozhye Sich, about which there were legends. The Cossacks living here were not only brave warriors; they were an independent army, which was subordinate only to its ataman. In fact, it was an army of robbers who believed that all the prey that was lost in battle was legal. The life and traditions of the Cossacks had a great influence on the formation of the culture of the city, some echoes of long-gone times are still manifesting even now. Copyright www.orangesmile.com
Your active city break in Zaporozhye. Attractions, recreation and entertainment - best places to spend your day and night here
As in any large city, in Zaporizhia are accessible the most different centers of leisure and entertainment. A lot of options for active recreation in Zaporizhia are connected with Khortitsa. …

Open
The history of Zaporizhia as a city began with the formation of the Novorossiysk province, which was held by the decree of Catherine the Great. In the place of the modern city, the Empress ordered the founding of the Dnieper defensive line to block the Turkish conquerors from accessing the southern borders of the empire. The largest fortress of the line was called Alexandrovskaya. Over the years more and more residential buildings appeared around the fortress, and soon a small defensive point turned into a real city. In 1921, Aleksandrovsk was renamed Zaporizhia, and the city continued to develop actively. Now Zaporizhia is one of the most attractive tourist centers of the country, and tens of thousands of tourists come to admire the unique sights of the city and walk along its picturesque streets every year. 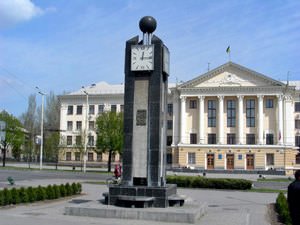 In the city, there are a lot of old beautiful historical and religious monuments. The main religious place in Zaporizhia is the Cathedral of the Protecting Veil of the Mother of God. The first church at its site was built in 1778. A hundred of years ago, it was decided to build a new stone cathedral here. In the first half of the 20th century, it was destroyed completely and restored only in 2007. Now, it is an exact copy of the historic cathedral. The construction is 54 m high.
Cuisine of Zaporozhye for gourmet with top restaurants and cafe
Modern Zaporizhia is a city of factories and metallurgists; it is the presence of large industrial enterprises that determines its appearance. In the central area of the city are modern …

Open
In one of the most fascinating buildings of the central district, there is the Zaporozhye Regional Art Museum founded in 1971. It will impress admirers of painting. The museum collection includes almost 13 000 exhibits. Here, you can see the paintings of famous Russian artists who lived in the 19th-20th centuries. Besides paintings, the museum presents a big collection of pieces of folk art. In the museum, there are special halls for temporary exhibitions, ten of which, at least, are annually held.

In the city, there is another unique nature attraction – the Zaporozhye Oak. The oak is aged over 700 years and impresses with its incredible size. It is 36 m high and its girth is over 6 m. In 1996, the tree was struck by lightning and since that time, it has had only one living branch. The unique tree is an important national attraction. Nowadays, the city government does its best to reserve the oak.
Excursion over cultural sights of Zaporozhye - 'must visit' points of interest
Zaporizhia is a large industrial city, one of the most important industrial centers of Ukraine. It does not at all resemble those industrial cities that were actively rebuilt during the …

Open
The incredibly beautiful historical building, where the Territorial Council was located, now houses the Zaporozhye Local History Museum. It was founded in 1922. The initiator of its construction was the archeologist Novitsky. Nowadays, the museum presents over 100 000 exhibits, including unique archeological artifacts. The museum stores the big collection of historical weapons, old accessories, and hunting trophies. Most of the exhibits are dedicated to the Zaporozhye Cossacks’ history and traditions. Another interesting place is the Weapons History Museum opened not so long ago, in 2004. Today, it houses almost 2 000 cold and fire arms.

This guide to iconic landmarks and sights of Zaporozhye is protected by the copyright law. You can re-publish this content with mandatory attribution: direct and active hyperlink to www.orangesmile.com.
Zaporozhye - guide chapters 1 2 3 4

City tours, excursions and tickets in Zaporozhye and surroundings

Survived castles around Zaporozhye
♥   Castle 'Popov Castle' , 41.7 km from the center. On the map

Search touristic sites on the map of Zaporozhye

Sightseeing in regions nearby Zaporozhye

Dnepropetrovsk
The Potemkin Palace, located in the center of one of the parks deserves attention. The best architects and architects, led by I. Starova, worked on the palace project. Today its main part has been transformed into a palace of culture, exhibitions and expositions of young artists, poetry evenings and theatrical performances take place here. The highest building in ... Open »
Donetsk
One more amazing monument is devoted to a famous opera singer A.B. Solovyanenko. The monument is installed on the square in front of the National Academic Theater that also has the name of the great singer. Another wonderful monument has been installed to praise the founder of the city and is called “the monument of John James Hughes”. In 1872 Hughes founded a small ... Open »
Kherson
One of the main distinctive features of modern Kherson is an opportunity to organize a vacation of any level. It will delight those travelers who have got used to luxury and high-level service, as well as those who don’t spend too much money during their vacation. The entertainment industry in Kherson deserves the highest praise. The city is famous for its upscale sports ... Open »
Kharkov
Start the exploration of the city from its main street – Sumskaya Street. Here you will see beautiful houses built in the 18th - 19th centuries. The street is stretched between two large squares. Constitution Square is the location of Historical Museum that exhibits all important and valuable pre-revolution artifacts. Opposite to the museum you will see Shevchenko Theatre. ... Open »
Taganrog
Taganrog is the second largest city in the territory of Rostov Oblast. Many travelers associate it with the works of Anton Pavlovich Chekhov, a world-famous writer. The city was founded as a naval base in the late 17th century upon the order of Peter the Great. Taganrog has a very advantageous location from a strategic point of view. Remarkably, Taganrog was the first Russian ... Open »
Kerch
Kerch is considered the most ancient city of Ukraine. It is in the east of the Crimean peninsula, right on the slopes of the ancient Greek Bosporus Cimmeria, which now bears the modern name of the Kerch Strait. The history of the city totals more than 2.5 thousand years and probably, because of this, Kerch is considered one of the most multinational cities of the Crimea. The ... Open »

All about Zaporozhye, Ukraine - sightseeings, attractions, touristic spots, architecture, history, culture and cuisine. Prepare your trip together with OrangeSmile.com - find out the 'must see' things in Zaporozhye, which places to visit, which excursions to take, where the breathtaking views are waiting for you. Planning your trip with this travel guide will help your to get the most out of Zaporozhye in few days.