Sightseeing in Dnepropetrovsk - what to see. Complete travel guide 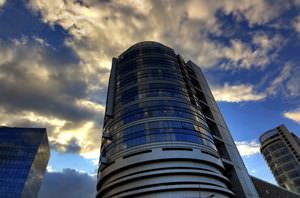 Dnipropetrovsk is one of the most beautiful cities in Ukraine. The locals call it simply Dnieper, since the city is located in the central part of the country, just on the bank of the river with the same name. It is an industrial city with a rich history. The earliest fortification settlements were founded on this territory in the 16th century, which was due to the insecurity of the southern borders of the Polish-Lithuanian Commonwealth. As known, then the Taurian steppes freely moved the Tatar hordes, attacking small settlements and ruining cities.
Cuisine of Dnepropetrovsk for gourmet with top restaurants and cafe
Rest in Dnipropetrovsk will be incomplete without visiting local restaurants; the city offers many cafes and restaurants for every taste. Some features of local cuisine here are hard to …

Open
The first real city in this territory was founded much later, in 1776, by the decree of Catherine the Great. It was founded by Prince Grigory Potemkin, one of the favorites of the Empress, so it was quite natural that he called the city Yekaterinoslav. This is how the city was called until 1926. At the beginning of the 20th century, it acquired the status of a major industrial center. The city’s territory had advanced metallurgical and machine-building factories, and in the middle of the 20th century the first rocket-building factory was opened here.
For many years the advanced industrial center remained closed, and it was necessary to obtain a special permit to enter its territory as well as for leaving the city. The city became accessible to travelers only recently. In Dnipropetrovsk there are historical, artistic and literary museums, as well as numerous centers of modern culture. In a large city there are about 2200 streets and 94 thousand different buildings. There are also unique historical sites, which are more than 200 years old. Copyright www.orangesmile.com
Authentic traditions, festivals and lifestyle of Dnepropetrovsk inhabitants
Traditions and customs of locals are very colorful and original. All national and family holidays here are held in observance of rites that remain relevant for many centuries. Locals are not …

Open
The main entertainment for tourists remains visiting historical sites and sightseeing, which in the city is a great variety. One of the first architectural complexes that deserve attention is the Transfiguration Cathedral, erected in the beginning of the 19th century by the order of Catherine II. The church was built by the best architects; it is of great value not only as a historical object, but also as an artifact. The best example of classicism was recognized by the St. Nicholas Church, the halls of which are adorned with beautiful murals. Among the religious buildings there is also the Bryansk Nikolaev church, built in 1915. 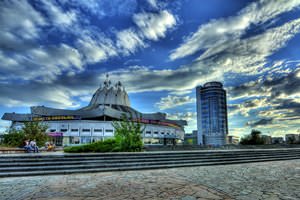 The Potemkin Palace, located in the center of one of the parks deserves attention. The best architects and architects, led by I. Starova, worked on the palace project. Today its main part has been transformed into a palace of culture, exhibitions and expositions of young artists, poetry evenings and theatrical performances take place here.
Excursion over cultural sights of Dnepropetrovsk - 'must visit' points of interest
Dnipropetrovsk will please fans of fascinating excursions with a rich choice of historical and architectural monuments. The city has many interesting museums, galleries and theaters. One of …

Open
The highest building in Dnipropetrovsk and a real masterpiece of modern architecture is the residential complex "Tower", whose height is 123 meters. There is the longest building in the city, located on the Heroes Avenue. The length of the building is 830 meters, which corresponds to the distance between two trolleybus stops. 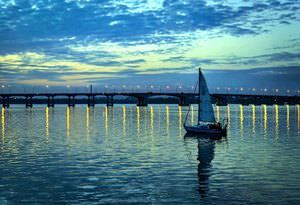 The most interesting place in the city is the Monastery Island. According to historical data, many outstanding personalities have visited here, including Andrey Pervozvanny, Princess Olga and Prince Vladimir the Great.
Your active city break in Dnepropetrovsk. Attractions, recreation and entertainment - best places to spend your day and night here
Dnipropetrovsk boasts of a rich choice of not only cultural attractions, but also various entertainment facilities. Numerous clubs await music lovers and dancers, each of which prepares for … 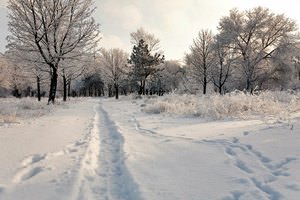 You can get acquainted with the history of Dnipropetrovsk during an excursion to the Historical Museum and the Museum of Antiquity. You can relax from numerous excursions in one of the picturesque parks, most of which were broken up in the last century. There are also several monuments and memorials dedicated to great artists and politicians on their territory.
Advices to travellers: what you should know while being in Dnepropetrovsk
1. Locals are treated visitors are quite restrained and benevolent. If necessary, they can always ask the way to interesting attractions or ask other interesting questions. 2. The …

Open
Nature admirers will be certainly impressed by the Botanical Garden of Dnipropetrovsk National University. Now, you can see several thousand plant species on its territory. Most of them are really exotic and untypical for this area. In a warm season, many plants start to bloom in the garden. The founder of the garden is professor Reinhard. He planted the first trees here in 1931. 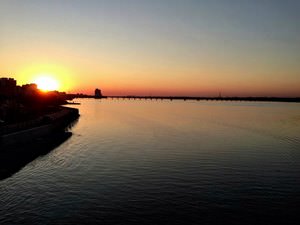 For the first 30 years of its existence, the collection of the garden has been expanded significantly. In 1963, it was declared a natural reserve. Several years ago, the special exhibition center was opened in the garden. Here, you can buy beautiful decorative plants and flowers. It is better to check the time when you can visit the garden in advance, as it is not opened 7 days a week.

This guide to iconic landmarks and sights of Dnepropetrovsk is protected by the copyright law. You can re-publish this content with mandatory attribution: direct and active hyperlink to www.orangesmile.com.
Dnepropetrovsk - guide chapters 1 2 3 4 5 6

City tours, excursions and tickets in Dnepropetrovsk and surroundings

Survived castles around Dnepropetrovsk
♥   Castle 'Kodak fortress' , 13.7 km from the center. On the map

Search touristic sites on the map of Dnepropetrovsk

Sightseeing in regions nearby Dnepropetrovsk

Zaporozhye
Zaporizhia - one of the most beautiful and ancient cities of Ukraine, whose territory’s settlement began in the era of the Early Paleolithic. Scientists have discovered on these lands traces of more than a hundred settlements and valuable artifacts of the Bronze Age. On these lands, the mighty Scythian kingdom was founded and existed for several hundred years. On the ... Open »
Kharkov
The city was founded in the beginning of the 17th century. At that time here was built a powerful fortress aimed at protecting Russian land from the raids of the Tatars. Starting from the late 18th century Kharkov has been known as a major shopping district, a university center and a city with great cultural and historical heritage. Nowadays you can learn more about the history ... Open »
Donetsk
The city was founded in the 17th century when its territory was used as a Cossack settlement. The first metallurgic plant was opened here in the middle of the 19th century. It granted Donetsk the status of the industrial city. The main sight of the city is devoted to its industrial prosperity. We are talking about Mertsalov Palm that was created in 1896 from a piece of rail. ... Open »
Belgorod
Belgorod is a modern picturesque city with a long history. The first settlements on its territory appeared at the end of the 10th century, and the city was founded much later, in the XVI century. On the site of urban settlements, a military fortress was built, designed to protect the borders of the Moscow kingdom on the southern borders. Over time, the military fortress was ... Open »
Kherson
Kherson is famous as a big industrial center and a river port. For many travelers, the city is a starting point to explore the outstanding attractions of Central Ukraine. Kherson is interesting as a separate tourist center too. In the territory of the city, there are many important historical objects. Pleasant recreation in Kherson is guaranteed not only to those who prefer ... Open »
Taganrog
Taganrog is the second largest city in the territory of Rostov Oblast. Many travelers associate it with the works of Anton Pavlovich Chekhov, a world-famous writer. The city was founded as a naval base in the late 17th century upon the order of Peter the Great. Taganrog has a very advantageous location from a strategic point of view. Remarkably, Taganrog was the first Russian ... Open »

All about Dnepropetrovsk, Ukraine - sightseeings, attractions, touristic spots, architecture, history, culture and cuisine. Prepare your trip together with OrangeSmile.com - find out the 'must see' things in Dnepropetrovsk, which places to visit, which excursions to take, where the breathtaking views are waiting for you. Planning your trip with this travel guide will help your to get the most out of Dnepropetrovsk in few days.