Sightseeing in Incheon - what to see. Complete travel guide 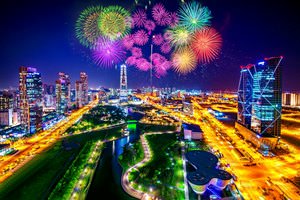 Incheon is the third most important city in South Korea after Seoul and Busan. Initially a small fishing village, Incheon has turned into a large industrial and financial center with active cultural life and well-developed tourism. The modern city has multiple skyscrapers and futuristic buildings. Despite this, the country’s government respects and takes steps to save the nation’s ancient traditions. That is why there is a historical district in the center of Incheon. This is the place where tourists can see the traditional Korean architecture of the past. There are picturesque parks nearby. Moreover, tourists can try Korean national dishes and try on the traditional clothes of the region.
Incheon is a very old city – it was mentioned for the first time in 475. At that time, the settlement had another name – Michuhol. This was mostly home to fishermen and their families, and fish was the main food of these people. The local government officially changed the city’s name from Michuhol to Incheon in 1413. Since that time, October 15 has been the official birthday of Incheon. Despite this, the Korean settlement officially became a city only on January 1, 1883, when it was decided to merge several settlements into one city. The first port opened in Chemulpo Bay. Starting from that period, Korea began foreign trade with other countries.
The population of Incheon started growing rapidly because many merchant families from Japan, Russia, and the United Kingdom moved to this Korean city. In February 1904, the area near the city became the site of the Battle of Chemulpo Bay. This was a naval battle in the Russo-Japanese War, in which the famous Varyag ship fought against the Japanese marine forces. During the Korean War, which took place in the 50s of the previous century, the United States sent its troops to Inchon, making the fighting forces equal in power. Nowadays, Incheon has grown in size so much that it is often regarded as one of Seoul’s neighborhoods. Copyright www.orangesmile.com
Do you want to see the first Korean museum opened for the general public? In this case, head to the Incheon Metropolitan City Museum, which opened its doors in 1946. Initially, the main purpose of this establishment was to conduct historical studies and preserve the cultural traditions of Incheon. When the city celebrated its 100th anniversary, a memorial hall and complex were added to the museum. They offer an exhibition dedicated to the battles in the region. 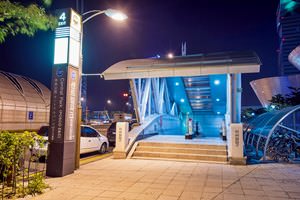 Nowadays, tourists can see not only antique artifacts that tell more about the history and culture of Incheon but also see an interesting photo and video exhibition dedicated to the Korean War, the landing of the United States’ troops, and events that happened after that. Besides that, visitors can see a memorial tower that is 18 meters tall. This tower has flags of all sixteen countries that participated in the Korean War. The Chamseongdan Altar is a sacred place for all Koreans, and tourists may find it interesting to visit this place too. Local people tell that Dangun, the founder of Korea, made sacrifices to heaven in this place four thousand years ago. The first reconstruction of the altar happened in the 70s of the 13th century. The altar has been reconstructed a number of times since then but it has managed to retain its original look.
The altar itself is made of bricks that form a five-meter-long stone platform. The foundation of this platform is round-shaped, and the top of the altar is a stone rectangle. Much time has passed since the last sacrifice was made on this altar, but Koreans still consider the altar a sacred place and think of it as an important landmark. Numerous events such as national and sports competitions often take place not far from the altar. This is particularly true about award ceremonies. 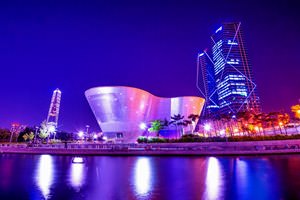 Tourists interested in the Russo-Japanese war history should not forget to visit a monument dedicated to the Russian Varyag ship. It is installed in the city’s port. The monument was erected in 2004, a century after the famous battle. The monument is a large stone with a bronze sailor hat placed upon it. This monument reminds of the famous battle where Russian soldiers showed their courage, battled the Japanese army, and sank the ship in order not to give it to the enemy. Birch trees near the monument add a Russian vibe to this place.
In order to get to the cultural and economic center of the region, Incheon, tourists can fly to the capital city first. In Seoul, simply use the metro to get to Incheon – there are lines that connect the two cities. It is also possible to get to the city by bus – the price of the metro and bus tickets doesn’t differ much. Of course, there are always taxi cars waiting for travelers who need extra comfort. The taxi will quickly take you to Incheon but it will be more expensive.
This guide to iconic landmarks and sights of Incheon is protected by the copyright law. You can re-publish this content with mandatory attribution: direct and active hyperlink to www.orangesmile.com.

City tours, excursions and tickets in Incheon and surroundings

Survived castles around Incheon
♥   Castle 'Suwoneub Fortress' , 33.4 km from the center. On the map

Art galleries in Incheon and around
♥   Art museum 'Horim Museum' Seoul, 19 km from the center. On the map

♥   Art museum 'Seoul National University Museum of Art' Seoul, 21.6 km from the center. On the map

Sights around Incheon from our guide 'Extreme places on Earth' 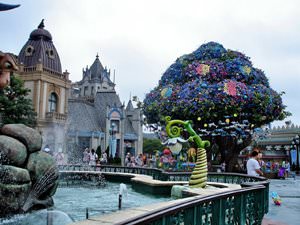 Distance from Incheon center - 47.5 km.
A pleasant surprise awaits the visitors, who prefer the water entertainments. At the disposal of the guests is the excellent aquapark with magnificent pools and colorful water slides. Several times a year the fantastic flower festivals take place on the territory of the entertainment park. The park changes completely and is adorned with the wonderful grandiose flower arrangements and flowerbeds, which are made by the best florists of the planet. Everland is one of the most visited entertainment parks in the world. Since 2011 the number of its visitors is more than 6.5 million people annually. … Read further 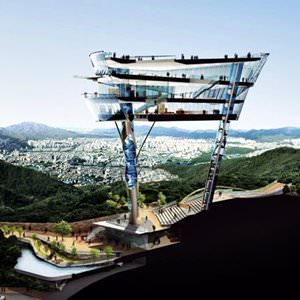 Distance from Incheon center - 37.1 km.
Romantic people would like to visit the main attraction of Seongnam. One of the top floors of the tower features a restaurant that is the best place in town for a romantic dinner. You can visit the observatory at any time of the year. Since opening, it is a permanent venue for amazing cultural events. … Read further

In the vicinity of the town of Busan, there is a Beomeosa temple, which is considered one of the greatest Buddhist shrines in the world. It was built on the slope of Mount Geumjeongsan more than a thousand years ago, this temple impresses with its scale. Its total area is about 8 square kilometres, in this territory there are more than 160 buildings of different periods. The construction of this temple began on the orders of the Joseon dynasty, for more than a thousand years the temple continues to be one of the largest in the world. … Open

Search touristic sites on the map of Incheon

Sightseeing in regions nearby Incheon

Seoul
Charming Seoul offers excellent infrastructure for travelers with different hobbies. Visitors who are fond of excursions, shopping, and gastronomic tours will not be bored there. The modern city is a great destination even for tourists with children. Among its attractive features, it is important to mention a great number of entertainment and theme parks. Lotte World is ... Open »
Pyongyang
According to a local legend, Pyongyang was founded in 1122 BC. This is when the legendary king Dangun established a settlement called Wanggeom-seong. This city was the capital of the ancient state of Gojoseon. However, many historians have doubts regarding this legend and think the city was founded only at the beginning of our age. When the Han dynasty captured the territory ... Open »
Busan
Airplanes from Seoul to Busan take off approximately every thirty minutes. You will get to the destination in just one hour. There are also direct flights to Busan from many cities in the world. When you land in Busan, simply take a train that will get you to the city center in one hour. There are also shuttle buses and public buses to the center from the airport but the ... Open »
Fukuoka
A protective wall, which reminds of the militant past, is surely one of main attractions of this place. The ruins of the wall are located in the western part of the city. The wall is made of huge blocks of stone and it has survived in many battles. The main reason for building this wall was in frequent raids of the Mongols to the ancient city. In the central district of the ... Open »
Nagasaki
In 1945 the city faced a real tragedy – it became the victim of atomic bombing. A large part of the city was destroyed, and the explosion killed 25 thousand of people. Due to the fact Nagasaki is located mostly in hilly terrain, the effect of the blast was a bit relaxed. Nowadays the monument named "calling for peace" is installed at the epicenter of the explosion site. The ... Open »
Hiroshima
You will need several days to inspect Asa Zoo. Even this time will be not enough and your examination will be too depthless. Ota Shukkeien Garden washed by the waters of the river and laid almost four centuries ago by Asano Nagakira will not leave anyone indifferent. Museum of Art exhibits immortal works by European and Japanese masters. Don’t forget to visit Peace ... Open »

All about Incheon, South Korea - sightseeings, attractions, touristic spots, architecture, history, culture and cuisine. Prepare your trip together with OrangeSmile.com - find out the 'must see' things in Incheon, which places to visit, which excursions to take, where the breathtaking views are waiting for you. Planning your trip with this travel guide will help your to get the most out of Incheon in few days.