Church of the Savior on Blood, Saint Petersburg 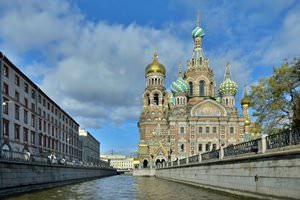 Facts:
» The Church of the Savior on Blood is one of the main sights of St. Petersburg, which is the museum and a monument of Russian architecture.
» The temple was erected on the site, where in 1881 Alexander II was killed. The temple was built as a memorial to the King Martyr.
» The height of the central dome of the temple is 81 m; the temple accommodates up to 1,600 persons.
» The building represents a congregated image of the Russian Orthodox church. The architecture of the temple is an example of the late stage in evolution of the Russian style.
» The Church of the Savior on Blood is a veritable museum of mosaic, covering an area of 7,065 square meters. Mosaic was created in the workshop of Russian artist Vladimir Frolov on sketches by more than 30 artists 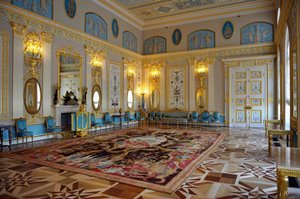 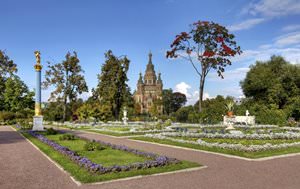 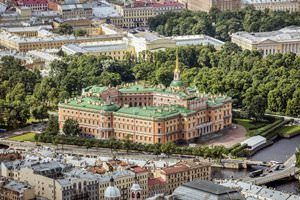 Facts:
» The Saint Michael Castle is the former imperial palace in the heart of St. Petersburg, built by order of Emperor Paul I at the turn of 13-19th centuries; the place became a place of his death.
» The name of the castle was due to the temple of Archangel Michael in its territory.
» Paul himself has created first sketches of the castle. Work on the project of the future of the Imperial Palace began in 1784.
»  Architecture of the Saint Michael Castle was unusual for St. Petersburg at that time. The construction is more like a medieval fortress, being the only Russian palace building in the style of romantic Classicism.
» Legend tells that the ghost of the Emperor Paul I murdered by conspirators can’t leave the place of his death. Soldiers of the garrison have seen the ghost, and the new inhabitants of the palace and passersby noticed the shining figure at the window. 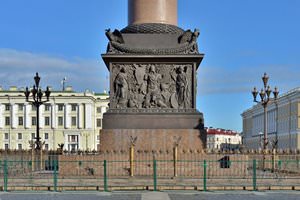 Facts:
» The Alexander Palace is one of the imperial palaces of Tsarskoye Selo (now Pushkin), built by order of Empress Catherine II as a gift for the wedding of her grandson, Grand Duke Alexander Pavlovich.
» In 1918, the Alexander Palace was opened to the public as a museum exhibition which included historic interiors on the ground floor in the central part of the building and residential apartments of the Romanov family in the right wing of the palace.
» Internal and external decoration of the palace has no glamour and excessive luxury. Inside the palace there is no gilding, no paintings, and no ornaments.
» The beauty of this structure isn’t achieved by decorative and architectural solutions. 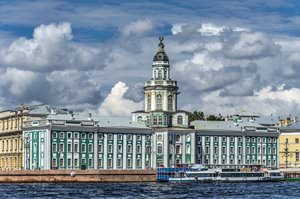 Facts:
» Kunstkamera is the first museum in Russia, established by Emperor Peter I.
» The museum has a unique collection of antiques, revealing the history and life of many nations.
» Many tourists know this museum for the collection of freaks that contains exhibits with anatomical deformities and various natural rarities.
» Due to the abundance of material in the 1830s, Kunstkamera has been divided into a number of museums: the museum of zoology, ethnography, botany, and mineralogy. 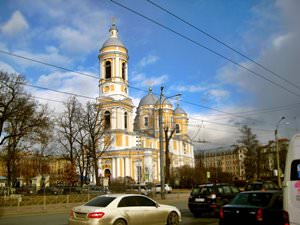 Facts:
» The St. Vladimir Cathedral holds a special place among the other Orthodox shrines of St. Petersburg, as it’s associated with a variety of historical events from the times of Peter to the present day.
» The St. Vladimir Cathedral is the monument of Russian church architecture featuring unique artistic look. The cathedral is very cozy and very harmonious.
» This cathedral is one of the few churches in the oldest part of the city, which has survived to these days. Other temples in this part of the city were closed and destroyed in the early 1930s.
» The Sunday school and the parish library has being successfully acting at the St. Vladimir Cathedral.
» The cathedral has a folk choir that sings for early liturgies on Sundays and public holidays.

CONTINUE - PART II »»
This guide to architectural sightseeing in Saint Petersburg is protected by the copyright law. You can re-publish this content with mandatory attribution: direct and active hyperlink to www.orangesmile.com.
Saint Petersburg - guide chapters 1 2 3 4 5 6 7 8

Build your walking routes in Saint Petersburg on the landmark map 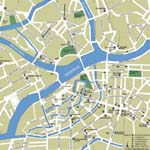 Architectural landmarks in the regions around Saint Petersburg

Helsinki
Every year, the sacrament - the queen’s coronation - is held at the city cathedral. One of the 10 beauties had been selected by vote before. After the coronation, the maiden in a white dress with a crown and lighted candles goes to the square with her friends. There was a church at one time. It was dismantled and the territory was extended to construct a new church. The construction lasted 22 years. The updated church was finished in 1852. ... Open »
Tallinn
The five-domed cathedral is located on a small hill and is seen from afar. The Alexander Nevsky Cathedral was built and blessed by the bishop in 1990. The wonder-working icon of the Mother of God was delivered for the ceremony. The allocations of the Synod were not sufficient for the construction. The missing amount was collected in Rus. The sacred house is a reminder of saving royal figures after the train accident. The ethereal defender of ... Open »
Riga
Riga Cathedral is one of the oldest attractions in Riga and all the Baltic States. Rigas Domes is translated from Latin as “The House of God”. The first stone was solemnly laid on 25 June 1211. This ceremony was visited by the first bishop Albert von Buxthoeven. The construction of the cathedral was completed in 1270. Over the centuries, the cathedral had been destroyed and reconstructed many times, so its exterior combines features of ... Open »
Moscow
The Kremlin is the oldest part of the city, the main socio-political and historical-artistic complex of the city, the official residence of the President of the Russian Federation. Existing walls and towers of Kremlin were built in 1485 - 1516. The total length of the walls is 2,235 m, the height is of 5 to 19 m, and the thickness is from 3.5 to 6.5 m. Walls form an irregular triangle. There are 20 towers along the walls. Three towers standing ... Open »
Vilnius
The temple of God was built at the site of the Pagan temple, which is reflected in the masonry of the 13th century. The nobles were crowned in the old Vilnius Cathedral. The eminent nobles are buried in underground tombs (there are over 20 tombs). Nowadays, public ceremonies are held here. Over the years of its existence, the building was repeatedly destroyed in a fire and rebuilt. The cathedral has gained the highest status, a small basilica. ... Open »
OrangeSmile.com - online travel reservation expert providing reliable car rental and hotel booking services. We feature more than 25.000 destinations with 12.000 rental offices and 200.000 hotels worldwide.
Secure Server