Preparing your trip to Dusseldorf: advices & hints - things to do and to obey 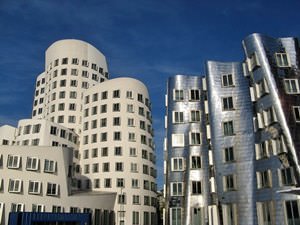 1. The main tourist office of the city is located in Altstadt district. It serves visitors daily from 10:00 am to 6:00 pm. Another tourist office can be found next to the Central Station. In these offices travelers can learn about upcoming cultural events, purchase tickets and city guides.
2. Summer is the most favorable time for rest. During summer months daily temperature is approximately 25 degrees and it rains rarely. However, even in summer travelers should not forget to take some warm clothes, because it can be really cool at night.
3. The city is very convenient to travel by public transport. As a rule, the cost of a trip is about 2 euros. Ticket for one day will cost 9€, and it applies to all types of public transport.
4. Travelers who expect to use their own car in the city should definitely not forget to buy a special sticker which confirms compliance with environmental transport regulations. Tourists who plan to rent a car should also check whether the vehicle of their choice has this label.
5. Killepitsch liquor is known as the most popular souvenir that tourists bring from Dusseldorf. The best way to purchase it is to go to a shop located on Flingerstraße. Souvenirs made of porcelain and various crafts with national symbols are also very popular. Copyright www.orangesmile.com
6. The city is home to more than 200 hotel complexes of completely different levels. Every hotel can be fully “described” by the number of starts it has. Even modest mid-market hotels provide their guests with a rich selection of additional services.
7. The city and its surroundings are the location of several large breweries. During warm months there are summer cafes next to each of them. This is the place where beer connoisseurs can taste their favorite sorts of beer.
Your active city break in Dusseldorf. Attractions, recreation and entertainment - best places to spend your day and night here
It’s really hard to choose the most interesting entertainment of Dusseldorf, because the city offers a lot of interesting opportunities for rest. A visit to Rhine Tower will surely …

Open
8. Tourists who plan to devote a lot of time to excursions and cultural institutions should definitely buy a greeting card named Düsseldorf WelcomeCard in any of the tourist offices. It entitles visitors to visiting some cultural and recreational facilities for free, as well as to discounts on public transport and the opportunity to purchase tickets to museums and galleries at a reduced price.

Preparing your trip to Dusseldorf: advices & hints - things to do and to obey You can re-publish this content with mandatory attribution: direct and active hyperlink to www.orangesmile.com.
Dusseldorf - guide chapters 1 2 3 4 5 6 7 8 9 10 11

What to visit being in Dusseldorf - unique sights

Distance from Dusseldorf center - 17.2 km.
The length of the staircase is 220 meters. It is open day and night. Admission is free. The original attraction in Duisburg was opened in 2011 and became instantly known worldwide and popular with lovers of unusual entertainments. 'Tiger and Turtle' staircase is located in the picturesque Angerpark. One of the most important secrets of the ladder is the traditional roller coaster dead loop, which is much easier to pass through than it might seem at first glance. … Read further

Distance from Dusseldorf center - 24.5 km.
The year 1901 is considered the official date of the museum's foundation. It occupied several rooms in the city hall building for the first three years of its existence. The museum moved to the former Protestant school building in 1904. It was located there until 1925. The museum was moved to the Karl-Brandt House in 1926. It stayed there until 1944. This historic building was destroyed during the Second World War. So the museum had to find a new location. It was located in the Oskar-Kühlen-Haus building until 1982. The museum building is an outstanding architectural landmark of Monchengladbach today. … Read further

Tips for the cities around Dusseldorf

Langenfeld
2. The easiest way to get to the city is from Cologne or Düsseldorf. It is connected to these cities by regular bus and train communications. 3. The city cannot boast a large number of noisy entertainment facilities, even restaurants and bars close quite early. Nightlife lovers usually go to the nearest Düsseldorf. 4. The region has a very mild climate, even in the ... Open »
Duisburg
2. The city is distinguished by a well-developed public transport system. Buses can easily get you to any part of the city. Tourists, who expect to use public transport a lot, are recommended to buy a special ticket pass or tourist pass as they will help to save. 3. Taxis can be got at special parking or ordered by phone. Visitors can try to catch a free car right on a ... Open »
Monchengladbach
2. The popular type of transport here is bicycles. There are special cycle paths and parking areas everywhere. Tourists can use the services of a rental station and rent a bike for several hours and even days. 3. City restaurants, especially those specializing in regional cuisine, are distinguished by attractive prices. Thrifty tourists should also pay attention to ... Open »
Leverkusen
2. For active tourists who're planning to visit neighboring towns, it would be convenient to use the services of Flixbus buses. Buses depart from Leverkusen Mitte Station to many German cities, as well as to Brussels, Amsterdam, and Luxembourg. 3. Some local churches and cathedrals are recommended even to those who are not really interested in religious attractions. They ... Open »
Oberhausen
2. The city has a large railway station, from which high-speed trains depart to the surrounding cities every day. They are also rich in interesting historical and natural attractions. 3. Many city museums and entertainment centers close quite early, no later than 7:00 pm. Some of them may have an extended working day on weekends but it is still better to clarify the ... Open »
Wuppertal
2. When you enter a public institution, you should not forget to greet all people present. Tourists should also not forget to reciprocate such signs of politeness. If you are about to enter a restaurant, you can greet the others by saying “Mahlzeit” - with this greeting you wish everyone to enjoy their meal. 3. Travellers usually like local bars and pubs a lot. The ... Open »

Travelling to Dusseldorf - advices and tips. What should be provisioned in advance, the rules you might want to follow, and the things you better avoid doing in Dusseldorf. We help you to make your trip smooth and easy, with no unexpected surprises.