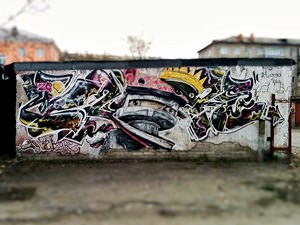 Barnaul is incredibly interesting from an excursion point of view. It clearly does not lack a lot of attractions and cultural sites. It should be borne in mind that initially Barnaul was an industrial city, which did not develop as a tourist center. A huge number of historical and religious sites were destroyed in the Soviet era; large-scale plants were built on the site of historical buildings. In the thirties of the last century, in Barnaul, like in many other cities of Russia, temples and churches, old mansions and palaces were destroyed, and the remaining historical buildings were converted into warehouses or sports complexes.
Guide to Barnaul sightseeing - things to see and to visit
Barnaul - the capital of the Altai Territory and the breadbasket of Siberia, a beautiful ancient city, founded in the middle of the XVIII century. Territorially it is located in the south of …

Open
Miraculously the "Pokrovsky Cathedral" was preserved - one of the most beautiful temples of the city. It will be interesting for guests of Barnaul to see the "St. Nicholas Church" and "Znamensky Cathedral", one of the oldest stone cathedrals in Siberia. Be sure to walk along "Demidovskaya Square", which is the oldest in the city. In the center of the square there is a Demidov pillar 14 meters high, which is surrounded by a beautiful square.
There are also modern monuments in Barnaul that are worth seeing. Of course, this includes the Monument of Glory on Pobedy Square, monuments to Pushkin and Vysotsky. Also, curious tourists will be interested to visit the "Altai State Museum of Local History". It is noteworthy not only thanks to the extensive collection of exhibits, but also thanks to the date of foundation, since it is the oldest museum in Siberia. Copyright www.orangesmile.com
Cuisine of Barnaul for gourmet with top restaurants and cafe
In the modern city you can find a variety of restaurants, as well as many cozy cafes and bars. Such national Barnaul cuisine is not here, because the city is multinational, and the …

Open
Very interesting is the collection of the "Museum of Life" at the Barnaul distillery. Initially, the factory was engaged not only in the production of hot drinks, but also in the production of various containers: mugs, bottles and other essential things of everyday life. The museum contains an extensive collection, plus many antiques, including antique watches, gramophone records and beautiful samovars. 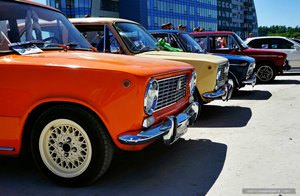 There is also a Botanical Garden in the city, where you can perfectly walk among trees, bushes and flowers brought to Barnaul from all over the world. Those who like long walks will appreciate the picturesque streets and parks, which are many. In addition, the neighborhood of the city is famous for its natural attractions, including the relict belt forest.

This guide to cultural sights Barnaul is protected by the copyright law. You can re-publish this content with mandatory attribution: direct and active hyperlink to www.orangesmile.com.
Barnaul - guide chapters 1 2 3
Car rental on OrangeSmile.com

Photogallery of cultural heritage of Barnaul

Excursions over cultural sights of neighbours of Barnaul

Krasnoyarsk
Krasnoyarsk boasts quite a lot of world-famous attractions. This is a beautiful ancient city that has prepared for its guests an interesting excursion program and a lot of entertainment for every taste. The city's main landmark is Stolby Nature Reserve - this picturesque corner of unspoiled nature attracts travelers from around the world. Hundreds of hiking trails pass through ... Open »
Astana
There are also several important historical landmarks in the territory of the complex. Fans of classical music will find it interesting to attend the main concert hall of the city – Congress Hall. The beautiful six-storey palace has more than 150 guest rooms and a giant concert hall that can accommodate up to 1,600 visitors. Zhastar is also an interesting cultural venue ... Open »
Almaty
A beautiful park named after 28-Panfilov heroes is one of the main attractions of the city. The total square of the park estimates 18 hectares. On its territory you will find Holy Ascension Cathedral, which construction was completed in 1904. Timber of rare Tien-Shan spruce was used as the main building material of the church. The height of the majestic building estimates 54 ... Open »
Islamabad
Shrine Of Hazrat Bari Imam Sarkar is one more grandiose sacred place in the capital of Pakistan. Built in an oriental style of the Arabian architecture, this shrine is a magnet for everyone who wants to get acquainted with the local culture and learn more about the history of the city and the country. It is an incredibly peaceful place with its special atmosphere – even ... Open »

Culture guide to Barnaul. Which fascinating sights to visit once you are in Barnaul: temples, churches, museums, theaters and castles. Recommendations (with addresses, phone numbers and links) on the places 'must visit' in Barnaul. Plan your own city excursion by using this page info!