«« BEGINNING - PART I
Video of flights over top monuments of Cologne in HD format.
Use 'Full Screen' mode.
St. Maria im Kapitol, Cologne City Hall, Basilica of St. Severin, Basilica of St. Ursula, Lanxess arena, and Imhoff Chocolate Museum are the next landmarks in the review. Just like in the beginning of the review, we have prepared a collection of historic facts and some awesome photographs for each of these top architecture monuments of Cologne. Don’t forget to admire the look of these sights from a bird’s eye view. This view is available in the flyover video of the architectural skyline of Cologne. After such a guide, it won’t be a hassle to make up a great plan of a real-life excursion tour in Cologne. Ready, steady, go! 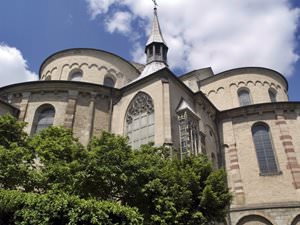 Facts:
» St. Maria im Kapitol is the Catholic Church, the largest of all the Romanesque churches of Cologne.
»  On the site of the present St. Maria im Kapitol Church there was a temple in the 1st century AD; it was dedicated to the Capitoline triad, Jupiter, Juno and Minerva. Hence came the name of this place, the Capitol.
» At the end of the 7th century the Christian church dedicated to the Virgin Mary was built on the site of the temple dedicated to Jupiter, Juno and Minerva.
» Then, in the middle of the 11th century, it was decided to build a new church, and in 1049 Pope Leo IX in presence of Emperor Henry III laid the first stone. In 1065 the church was consecrated by the Archbishop of Cologne. In the hierarchy this church is second only to the Cologne Cathedral.
» During the bombing in World War II, St. Maria im Kapitol was almost completely destroyed. Restoration was focused specifically to save the temple of the kind that it had in the 11th century. 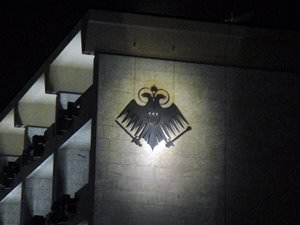 Facts:
» Cologne City Hall is another interesting attraction of the city; that’s the building of urban management of the city.
» The oldest parts of the hall were built around 1330. Thus, the town hall is one of the oldest buildings of the city.
» The tower of Cologne Town Hall once has been adorned with decorative pieces of sandstone, which have collapsed completely under the influence of weathering. Figures were restored, but during the World War II, they were lost again, so in 1988-1995 124 new sculptures were installed.
» In 1958, 45 bronze bells were set in the tower of the town hall; every day at 9.00 am, 12.00am, 3.00pm and 6.00pm they ring 24 pre-programmed melodies.
» Town Hall Tower is of 61 meters in height. Once there was a fire station on the top floor of the tower. The tower has become a symbol of the city authorities in Cologne. 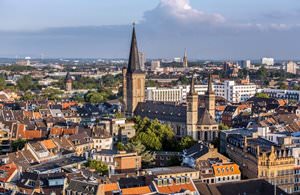 Facts:
» Basilica of St. Severin is the Catholic Church, which is the second highest of all the Romanesque churches of Cologne.
» The western church tower has a height of almost 73 m in total; it’s only 3 m inferior to Great St. Martin Church.
» The church was consecrated in honor of St. Severin, the Catholic saint known as a Christian educator and assistant to the poor. His relics are kept in this church.
» After the World War II, the church had long time to recover. However, despite of the military bombing of Cologne, the church has still preserved furnishing items, the crypt of the 10th century and frescoes of the 16th century dedicated to St. Severin.
» At the time of the church liturgy tours around the temple are allowed just outside. 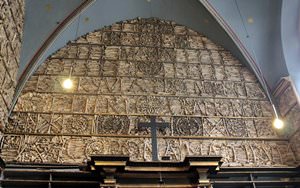 Facts:
» Basilica of St. Ursula is the Roman Catholic church in the northern part of the old town, built in honor of the holy martyr St. Ursula.
» Already in the 4th century on the site of the church there had been a chapel in memory of the holy virgins, Early Christian Martyrs of Rome.
» The church houses the sarcophagus of St. Ursula with sculpture of alabaster. However, this sarcophagus is empty; it only serves to honor the saint. Her relics are kept in a casket on the altar.
» The church has a lot of interesting details. The amazing sculpture depicts St. Ursula protecting her friends with her cloak. The sculpture was created in the middle of the 15th century.
» There was built a separate room, called the Golden Chamber, for storing sacred relics in the church of St. Ursula.
» Walls of Golden Chamber are lined with bones, where prayers are written. 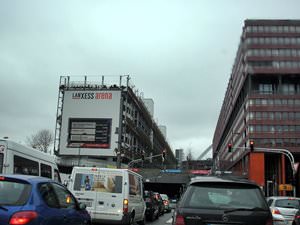 Facts:
» Lanxess Arena is the multi-sports complex that hosts hockey, handball and other sports competitions. In addition, it regularly hosts a variety of concerts.
» Arena was officially opened in 1998; it can hold up to 20,000 fans.
»  In 2008, the arena received its current name (before it was called the Cologne Arena). The current name symbolizes the fact that during the next 10 years the stadium would be owned by Lanxess Company, one of the world's largest manufacturers of chemical products.
» Lanxess Arena is the home stadium for the hockey club Kölner Haie and for the handball club Gummersbach.

Facts: » The Chocolate Museum was opened October 31, 1993 by the local pastry shop, Imhoff Stollwerck.
» Imhoff Chocolate Museum is among the ten most popular museums in Germany.
» The museum’s building has the shape of a ship, built of brick and glass, with an area of about 2,000 square meters.
» The museum reflects the history of chocolate from its inception with the Olmecs, Mayas and Aztecs to modern products.
» Imhoff Chocolate Museum has the glass greenhouse area of about 100m2, which is planted with plants used for chocolate making. The museum also has a small chocolate factory and a confectionery.

Plan your own tour over Cologne on the monuments map 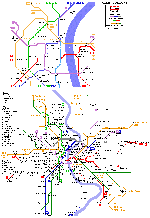 Search for architecture monuments of Cologne on the map

Tours through neighbours of Cologne

Dusseldorf
The construction of Tonhalle was finished in 1926. It should have housed a planetarium. In the 1970s, a concert hall was opened here, instead. The hemispherical roof of the building created a wonderful acoustic effect. In 2005, Tonhalle undergoes the design reconstruction. The dome space was equipped with metal concave slats with a LED illumination, creating the effect of the starry sky. The center of the dome is decorated with a chandelier ... Open »
Liege
The city Catholic cathedral is named after St. Paul. It received the status of a cathedral in the 19th century. Local worshipers asked Napoleon for this. The treasury of the church was enriched with artifacts from other destroyed temples. The relics of Saint Lambert are kept here. The founder of the church is bishop Irakli. The building acquired its modern appearance in the 13th-15th century. There are also side belfries. In 1812, ... Open »
Luxembourg
The cathedral was named after the Mother of God in 1848. In 1613-1621, the building located in the southern district belonged to the Jesuits. In 150 years, when members of the Order were exiled outside the country, the church was given the icon of the city patroness. The house of God was named Notre-Dame Cathedral after her. It had been constructed for 8 years since the beginning of the 17th century. The updated interior is designed in ... Open »
Brussels
The Brussels Town Hall is one of the most beautiful buildings in the city, which is the symbol of Brussels. The 5-meter statue of the Archangel Michael, the patron saint of Brussels, throwing devil is installed at the 96-meter Gothic Tower. The oldest part of the town hall was built in 1420, and the other part of the building was completed a little later (in 1450). Facade of the Hall is decorated with numerous statues of nobles, saints, and ... Open »
Mannheim
The water tower built in 1889 is one of the landmarks of the city. The high-rise is 60 meters tall. The base is 19 m in circumference. The construction was designed to collect potable water. The structure could hold up to 2000 m³ of liquid. The building was last renovated almost a hundred years after it was built. Although the construction is intended for practical use, it is also considered to be of architectural value. The building ... Open »
OrangeSmile.com - online travel reservation expert providing reliable car rental and hotel booking services. We feature more than 25.000 destinations with 12.000 rental offices and 200.000 hotels worldwide.
Secure Server