Religions and languages in Italy 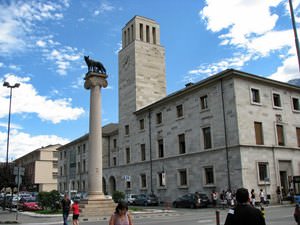 The official language of the republic is Italian. It should be noted that this linguistic unit is actively used by representatives of other countries, including Switzerland and Argentina. Also of wide distribution are all kinds of dialects of this ancient language, for example, idioms. Between each other, these linguistic forms, of course, have much in common. However, their differences are so significant that often the bearers of certain dialects simply cannot understand each other. Statistics show that more than 42 million people today are native speakers of this language. Different dialects of the main language of Italy can be met in various Mediterranean countries. The most famous dialect is the Lombard dialect.
Italy sightseeing - top places to visit
Nearly every city in Italy is a large historic centre with numerous places of interest. Rome, Milano, Venice and Florence remain major tourist …
Read further
No less popular is Sardinian. It consists of several dialects, whose speakers reside in different territories. It originated from the same area. Over time, it was never recognized as the official language of the country, although it is spoken by more than one million, five hundred thousand residents. According to its linguistic structure, it is very close to the Friulian and Catalan languages. This is due to the specific territorial distribution of the speaking population. If you believe the statistics, then the third most common language in Italy is the Friulian language. Its speakers, as it follows from the name, reside in the region with the same name. The native speakers of this language are more than seven hundred thousand people. Even in this case, no official rights were granted to the language. It should be noted that the phonetics of this language is quite complex, therefore there is no dialect of the Friulian language in the world.
German and its Tyrolean, Bavarian, and Carinthian dialects are considered the most common languages ​​in Italy. They are spoken by less than three hundred thousand people. It is worth noting that due to the complexity and various phonetic nuances of these dialects, they can rarely be met anywhere else in the world. As for the religious situation, like in any other multinational country, there are representatives of different faiths in Italy. The Church in Italy is not fixed as a state structure, but in spite of this, it nevertheless exerts sufficient influence on all areas of social life the kingdom. In addition, historically, the Italians have become very responsible about religion. A huge number of monasteries and churches, dioceses and other religious structures operate within the territory of the country. Copyright www.orangesmile.com
National cuisine of Italy - specialties, recipes and restaurants
Italian cuisine is one of the most popular in the whole world. Pizza, salad "Caesar", lasagna, pasta, ravioli, spaghetti - these dishes brought her …
Read further
One of the most common religions is Catholicism. The official state religion in Italy is Roman Catholic. There are even separate Catholic schools for children. Also worth noting is the fact that various directions of Christianity also operate within the country, including groups of non-Roman Catholics and the Greek Catholic Church. About 60,000 believers define themselves as Protestants. Pentecostals accounts for no more than 30,000 locals. More than 450 thousand locals consider themselves adherents of Jehovah’s Witnesses. Please note that in the past few decades a lot of migrants have come to Italy. In connection with this, the number of Orthodox Christians has increased and, currently, is about one million people. Also in the country, there are three schools of Buddhism that operate simultaneously. Today, the parishioners of this faith are more than sixty thousand. 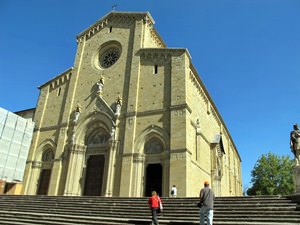 If you believe in archaeological excavations, the presence of Jews in the territory of modern Italy dates back even to the first century of our era. This is why Judaism still occupies an important spot on the territory of the country. At the same time, the locals could openly profess this religion only from the nineteenth century. It was precisely during this time that the country had the first synagogue. To date, the number of Jews has declined to 15,000. Religious statistics are disappointing. Italy has become one of the European countries where the share of Christians has decreased significantly, as well as adherents of other faiths. This is because the new generation renounces religion. In spite of this, even atheists regularly attend church during all great religious holidays such as Christmas or Easter. In this they see not so much religious act as the historically established family traditions. 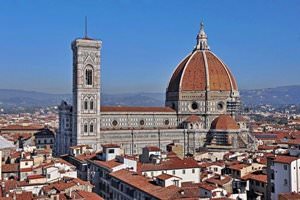 Florentine Basilica di Santa Maria del Fiore is the centre of the pilgrimage for Christians from the whole world. This cathedral has placed right at the centre of the city on the Piazza del Duomo. This historical building is a valuable masterpiece of the quattrocento style. This Orthodox cathedral is one of the oldest in the world. Its building has begun in 1296 and finished only in 1436.

The main decoration of the church is a wonderful cupola. It was made under the project of famous architecture – Filippo Brunelleschi. The outdoor decoration is also a unique one. There were used panels of rare green and pink marble. This Orthodox cathedral is the largest in the world. Originally it was built to ensure that it could place the city population at large.

Photogallery of iconic places of Italy

Rome
Day of the foundation of Rome is the most interesting national holiday. It is celebrated annually on April 21. Sometimes the celebration lasts for several days and during the holiday here are organized various interesting cultural events and ceremonies. By the way, every year the goddess of Rome is chosen during the festival. This is the winner of a beauty contest. Vestals play one of the main roles during the holiday. Vestals are girls who are the messengers of the Roman goddess Vesta. They … Read more

Florence
When it comes to describing work and business, they also have their own national characteristics. Informal communication is very common among the local people, so even a serious business meeting can be arranged in a restaurant or at home of one of the business partners. Businessmen believe that this form of communication makes it easier to establish contact and understanding with colleagues. National colorful carnival celebrations are another notable feature. They take place every year and do … Read more

Milan
Milan is a real Mecca for shoppers. When you plan to visit local stores, it is worth considering some unspoken rules that are recommended for following by every polite customer. They will help you to gain the seller’s respect and make the process of acquiring favorite things even more enjoyable. Thus, you should definitely say hello to the owner at the entrance of the store. Typically, the seller first greets visitors, and offers his help. To reply to a greeting a buyer should say … Read more

Rimini
In the evening tourists will meet a great number of odd people wearing bright hats and wigs, pink airy dresses are much preferred by women. Even makeup of girls and women features rouge and bright pink lipsticks. Special illuminating systems are applied in shops and restaurants of the city during the celebration adding to the charming atmosphere of the ethnic fest. At nightfall all the streets of the city get filled with bright pink lighting, To get the essence of the festival one should once … Read more

Naples
There is a belief that local people of Naples are more passionate about granita than about traditional Italian pasta. The ethnic drink is served in almost every café and sold in special concession stands located in the central streets of the city. Apart from culinary talents and peculiarities local people feature extreme passion to gambling games and lotteries. Almost every local citizen has his or her own book of dreams or the “SMORFIA NAPOLETANA”. This book contains a list of … Read more

Sorrento
Sorrento is famous for its wine-making traditions. Local wineries produce liquors and wines following ancient traditions. Common souvenir for tourists is Limoncello liquor produced from local fragrant lemons. A true national drink is Lacrima Christi wine; the symbol of Sorrento also has its own unique story. According to the legend, God was so upset with evil-minded people that uttered a tear. It fell at the foot of the volcano and soon a vine sprouted near Vesuvius. Today, tourists are … Read more

Turin
It is devoted to chocolate. The colorful festival has being held in Turin since 2003. The holiday program isn’t limited to exhibitions and excursions, as each year new original entertainment options appear. Interesting open-air performances and exciting games, wine and culinary tastings are integral parts of the holiday. The festival usually lasts for five days; each day there is a special holiday program. Fans of unusual relaxation treatments are offered to take a chocolate bath. Shoppers … Read more

Italy: traditions in the regions