Sightseeing in Pescara - what to see. Complete travel guide 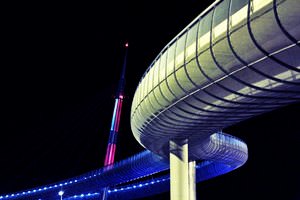 Pescara is a large port city and a center of shipbuilding, textile industry and fishing. Besides this, the city is a well-known beach resort, so in summer there are always many tourists here. The total length of all beaches of Pescara estimates more than 10 km; absolutely all of them are perfectly equipped and offer numerous opportunities for relaxation and comfort.
Extraordinary weekend in Pescara - unusual places, services and attractions for travel gourmet
…

Open
The closer to the center of the city the beach is, the more entertainments are located near it. In the beach area you will always find several restaurants and cafes, children's center and sports equipment rentals. If you enjoy diving, remote beaches will suit you the most as there are no so many people there and the water is much cleaner.
Besides the relaxing rest on the beach vacationers can visit numerous excursions and discover main attractions of the city. In Pescara you will find numerous old buildings, the most popular of which are San Setteo Cathedral, the Government Palace and the house of Gabriele D'Annunzio. While making a walk on the streets of the city, you will see old churches and temples, the oldest one of which is the Church of the Holy Spirit and St. Andrew built in the 12th century. Copyright www.orangesmile.com
Extraordinary weekend in Pescara - unusual places, services and attractions for travel gourmet
…

Open
Those tourists, who want to learn about the history of the city, should visit Delle Genti d `Abruzzo Museum, where they will see the collections of artifacts starting from ancient time and until the middle of the 20th century. 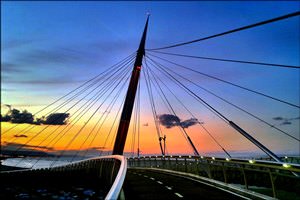 Pescara is also the location of International Jazz Festival, so every year in mid-July - late August this place is full of fans of jazz music from all countries of the world. The city will attract not only for music fans, but also lovers of Italian cuisine because local chefs create true miracles. You will be offered a large selection of dishes made of seafood in any restaurant of the city. Here you will also find restaurants specializing in Mexican, Japanese and Asian cuisine.
Extraordinary weekend in Pescara - unusual places, services and attractions for travel gourmet
…

Open
The main tourist street of the city is Corso Umberto I, remarkable for its numerous historical buildings, as well as the variety of popular restaurants and cafes. A significant part of the buildings that we can see on the historic street was erected in the 18th-19th centuries. Today, on the ground floor of many historic buildings there are attractive stores and souvenir shops. 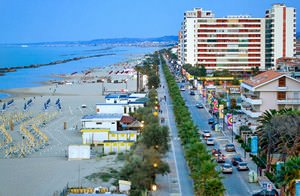 An interesting cultural institution is Museo Casa Natale di Gabriele d'Annunzio. During the Second World War, almost the whole city was in ruins. Most of its historical monuments were lost forever in this period. Among the destroyed buildings was a house of the famous poet where his mother lived. After the war, the poet decided to restore the building. By 1963, a museum dedicated to his work was opened here. The atmosphere of the turn of the 19th-20th centuries is accurately recreated in the house museum. The museum's exhibits include many interesting personal belongings of the poet.
Extraordinary weekend in Pescara - unusual places, services and attractions for travel gourmet
…

Open
The miniature Museo delle Genti d'Abruzzo is sure to please fans of fascinating tours. It introduces visitors to the beautiful traditions and customs of the Abruzzo region. The museum displays a collection of ancient household items; a large part of the exhibition consists of various agricultural devices. Some of them look so bizarre that it's really hard to guess their purpose at first glance. 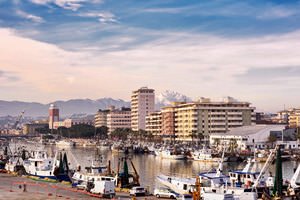 Basilica della Madonna dei Sette Dolori built in the 17th century stands out among other religious monuments of Pescara. Legend has it that once upon a time the local people saw the image of the Holy Virgin in the very place where the basilica is currently located. Many unique religious artifacts are stored within its walls. A colorful holiday in honor of the Mother of God is held here every year on June 1.
Extraordinary weekend in Pescara - unusual places, services and attractions for travel gourmet
…

Open
At the top of one of the hills is a miniature church, named after St. Sylvester. This church is characterized by an impressive impregnable appearance. It had been used by locals as a fortress for many years. Within the walls of this church, they could escape from floods or hide from conquerors. Today, the church is attractive for its beautiful antique decoration, while its surrounding area is perfect for walking. The hilltop where the church stands offers a wonderful view of adjacent territories.

This guide to iconic landmarks and sights of Pescara is protected by the copyright law. You can re-publish this content with mandatory attribution: direct and active hyperlink to www.orangesmile.com.

City tours, excursions and tickets in Pescara and surroundings

Survived castles around Pescara
♥   Castle 'Castello Chiola-Caracciolo' Loreto Aprutino, 19 km from the center. On the map

♥   Castle 'Castello ducale di Crecchio' Crecchio, 20.9 km from the center. On the map

♥   Castle 'Castello di Gamberale' Gamberale, 20.9 km from the center. On the map

National and city parks around Pescara
♥   National Park 'Parco nazionale della Maiella' , 43.4 km from the center. On the map

Sights around Pescara from our guide 'Extreme places on Earth' 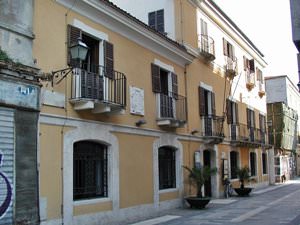 Distance from Pescara center - 0.6 km.
One of the rooms is dedicated to the events of the First World War. The poet took a direct part in military operations. Visitors to the museum can see wartime photographs. The poet personally took many of these photos. The museum has a very spectacular modern design, despite its specific theme. The atmosphere of past centuries reigns in some of its rooms. Other rooms are designed more like a modern design studio. It will be interesting to visit the Gabriele D’Annunzio Museum, even for those who are unfamiliar with the poet's work. … Read further

Search touristic sites on the map of Pescara

Sightseeing in regions nearby Pescara

Ascoli Piceno
268 BC marked the start of a very important period in the history of the town. Ascoli Piceno became nominally independent from Rome. Year after year, local people were working hard to make their homeland prosperous. However, the town’s authorities formed a coalition with other Italian cities and decided to revolt against Rome. They lost, and the region’s infrastructure ... Open »
Lazio
Tarrachina would appeal to those who want to enjoy the beach holiday. The beautiful promenade stretches along the coastline; during summer, you can see restaurants and cafes there. The city also has the historic center with numerous unique monuments. The suburban area is famous due to the Maiami Beach water park; it will be interesting for both children and adults. A number of ... Open »
Marche Region
Some sights can be found in the port city of Fano. In ancient times Fortuna was considered the patroness of the city, so Fano has got its name after her. The complex of fortifications constructed over a thousand years ago has preserved in the old town. Among historical monuments of the later period, Castel Sismondo is notable. Its construction took place in the early 15th ... Open »
Ancona
Italy is full of picturesque towns and Ancona is one of them. Here you will find many interesting historical sights and visit multiple cultural events. The town offers so many different routes and excursions, that there is no wonder why this place is so attractive among tourists, who want to see priceless architectural sights, museums with their rich collections, and sacred ... Open »
Assisi
These are not all attractions that Assisi can offer to its guests. There is an interesting church museum near the exit where visitors can look at paintings and other artifacts of the 14th and 15th centuries. The terracotta sculpture named Our Lady of Sorrows is a unique relic of the region. Besides it, visitors can see an ancient organ and the most interesting – relics of ... Open »
Gaeta
The lower level of the sanctuary was built in the 15th century when a big part of the rock fell down into the chine. This rock became the foundation for a small chapel in the memory of that awful day that Jesus Christ was crucified. On the surface of a nearby rock, it is still possible to see a palm print of a sailor from Turkey who didn’t believe in God. Near the entrance, ... Open »

All about Pescara, Italy - sightseeings, attractions, touristic spots, architecture, history, culture and cuisine. Prepare your trip together with OrangeSmile.com - find out the 'must see' things in Pescara, which places to visit, which excursions to take, where the breathtaking views are waiting for you. Planning your trip with this travel guide will help your to get the most out of Pescara in few days.