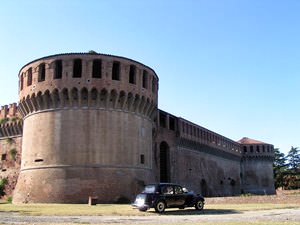 Italy is the capital of world fashion. Hundreds of thousands of women from all over the world come to this country especially for shopping. In Italy, the best store in the world and the most grandiose sales await tourists. The choice of shops in the country is so huge that you can easily get lost in diversity. Shops work on an unusual schedule: from 8AM to 1PM, then close for siesta and reopen only after 3PM. Sunday is considered a day off; some stores may also not work in the afternoon on Saturday or Monday morning. Seasons of sales in Italy are held in January-February and July-August, but at other times of the year in local stores you can find things with record discounts.
Most romantic hotels in Italy
The best hideaways for couples in love, as well as top hotels for wedding and honeymoon.
Read further
The centre of Italian shopping is Milan. In Milan, they do not go for single purchases. In this city, for a very adequate amount you can completely update your wardrobe with the exclusive original things of Italian designers. The cost of clothing in Milan is much lower than in other cities in the country. On the outskirts of Milan are factories that have their own shops. The goods in them are presented at prices from manufacturers; the difference with other stores can reach 30-40%. In addition to clothing, in Milan, you can buy designer furniture. In April is the Milan furniture exhibition, which turns the whole city into an endless exhibition hall. Also in Milan, you can buy souvenirs at a variety of prices.
The most expensive shops in Milan are concentrated in the streets via Spiga, via Manzoni and via Montenapoleone. These streets create a "square of fashion" known far beyond Italy, where you can literally get lost in the grandeur of designer boutiques. Cheap shopping can be found on the street Buenos Aires. In this place, one can make a lot of purchases, even people with a limited budget. The largest shopping centers are Upim, Stada, La Rinascente. In the Gallery of Vittorio-Emmanuel III you can plunge into the historical spirit of Milan and combine a walk with shopping. The gallery leads to the "square of fashion", on both sides there are dozens of different boutiques, from the most refined Italian to low-cost Spanish. Copyright www.orangesmile.com
Most original hotels of Italy
Italy is a country of contrasts and emotions, which could not but affect its architecture and tourism infrastructure. In the city of Perugia is the …
Read further
The most popular shopping street in Rome is Via del Corso. On it there are a huge number of boutiques, trade centers and shops where you can buy quality clothes at different prices. Elite shops are located in street Via dei Condotti, on it you can see such boutiques as Armani, Prada, Versace, D & G. In Rimini you can buy beautiful shoes and cosmetics, in the large trading center "Gross Rimini". There are often wholesale sales. In Venice, shopping is concentrated in the suburbs of Mestre. There, are large shopping centers and outlets. In the city itself you can also find a lot of boutiques of famous brands. In souvenir shops you should pay attention to the heraldic paper and the stationery. 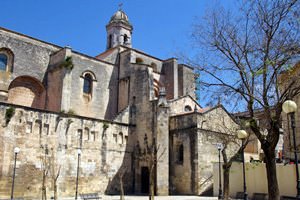 In Italy there are an unimaginable number of outlets and drains, many of them are whole villages - a real paradise for shopping. In the small town of Fidenza, 100 km from Milan, there is an outlet of Fidenza Village. Elite branded items can be bought at very low prices here. In total, the outlet includes more than 100 boutiques of famous Italian brands. A large number of outlets are in Venice. In the designer outlet of Noventa di Piave, a record discount of up to 70% on brands such as Armani, Fendi, Prada, D & G, and Burberry are in store for tourists. The largest athlete of Rome is Castel Romano, located just 25 kilometers from the capital. In this huge paradise for shopaholics, there are more than 200 boutiques of different brands, its visit fits perfectly into the program of rest.
Admire style in every aspect? Selection of the best design hotels in Italy
Italy is the birthplace of fashion and style, and therefore it is not surprising that on its territory there are numerous incredibly stylish and …
Read further
When choosing souvenirs from Italy, eyes literally run up. Very popular as gifts are local products like cheeses, dried tomatoes, pesto sauce, spices, wine, liqueurs, and olive oil. Italians are very proud of their historical heritage, and therefore a lot of local souvenirs are devoted to antiquity and the middle ages. In the shops near the volcano Etna, you can buy a lot of products from volcanic lava. Often from it they make figurines and statuettes of heroes of the local epic: Roman gods and heroes. From Venice, you should bring Venetian masks and other carnival attributes.

Coolest places in Italy from our Guinness book

The smallest town of Tuscany – Pienza – is one of the nicest in this area. Its population is not so big - just 2 000 people. Today it is quite hard to imagine that earlier on this territory was placed a small village. At the beginning of the 15th century Pius PP. II has rebuilt this village in a large town in Renaissance style. In 1459 the town has drastically changed.

The town isn’t … Read all 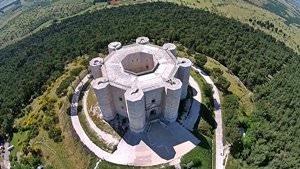 Near Andria has placed a marvellous and mysterious Castel del Monte. From Italian, it translates as a castle on the mountain. The name was given thanks to the location of the castle. Castel del Monte was built in 1240 at the direction of Friedrich II Rotbart. A great number of mysteries are connected with this emperor. There were rumours that the emperor was a secret member of the Teutonic Order and the castle was a place where the participants held meetings.

The castle itself has an outstanding architecture, it is made in a shape of the regular octagon. This form is quite unusual for castles, even more, the castle doesn’t have a defensive graff. All this tells us that the castle wasn’t built for defensive purposes. The official historical documents say that it was an emperor hunting … Read all
All unique sightseeing Italy

Sightseeings of Italy in photostream

Shopping malls, boutiques and outlets in top cities of Italy

Rome
Upscale travelers, who enjoy making purchases in elite shops, should make a walk on Via dei Condotti. This is the place where they will find popular designer boutiques and shops by famous European brands. A large Fendi boutique, the prestigious Valentino shop, a Gucci salon – the choice of internationally renowned brands is striking. Even though shopping on this street is not cheap, there are always many tourists on Via dei Condotti. The ever popular Coin shopping complex is also open in … Read more

Alghero
When it comes to unusual souvenirs, it is impossible to forget about jewelry and various accessories with corals. Local masters have been making these items for many years. Even inexpensive jewelry with tiny pieces of corals looks stunning. Of course, local jewelry shops sell exclusive items, the price of which can be up to 30,000 euro. If you prefer more affordable memorable gifts, take a look at local ceramics and items made from clay. Alghero potters make and paint their works by hand, … Read more

Florence
The most unusual place for shopping in Florence is the Ponte Vecchio medival arch bridge. A hundred years ago, this stone bridge housed famous jewelry workshops. And now you can buy very nice jewelry from local craftsmen here. Frugal travellers should take into account that the stores there do not differ in low prices. The most modest ring costs about 200 euros. Tourists rarely include a visit to a drugstore in their shopping program, but in Florence an exception is to be made. Here, is the … Read more

Milan
Quadrilatero D'Oro or the Golden Rectangle is one more excellent destination for luxury shopping in Milan. Besides premium designer shops that sell clothes and accessories, there are outstanding jewelry salons, including Bvlgari store that is loved by numerous international celebrities. This district has some peculiarities – in many premium shops, it is possible not only to purchase ready items but also order tailor-made clothes. Fans of modern and relaxed style are recommended to visit Laura … Read more

Venice
Noventa di Piave Designer Outlet, a popular outlet, is located on the outskirts of the city. It’s incredibly popular with tourists who like discounts and special offers. The outlet is a great place to buy quality designer clothes with a discount of up to 70%. Noventa di Piave offers a wide range of popular brands. One more advantage is in a large variety of sizes available. There are two no less popular outlet shops nearby - Diffusione Tessie and Calzedonia. In Venice, you will find many … Read more

Agrigento
For many years, Sicily has been famous for its leather crafting traditions. You can purchase high-quality sandals, belts, and purses. Both men and women enjoy visiting shops with designer bags and other accessories. Many masters descended from renowned families of leather crafters live in Agrigento. Tourists can even visit historical workshops and see how masters work. There are many interesting shops close to the Valle dei Templi archaeological site. There are shops that sell clothes, … Read more

Alberobello
Here are the products that are also worth your attention: original liqueurs, cheese, meat delicacies, and spices that are essential for regional cuisine. If you like cooking, don’t forget to buy handmade pasta in local shops. The choice of canned food is no less amazing starting from pesto sauce to incredibly delicious jams and jellies. Sweet tooths should also pay their attention to cookies and other desserts made with almond flour. A food market opens in the center of Alberobello each … Read more

Amalfi
Do not forget to visit local grocery shops. They sell premium olive oil, fragrant Mediterranean herbs, and dozens of different types of cheese and meat delicacies. Sweet tooths will be excited when they see a variety of different types of honey, jams, and marmalade from local farms. A broad range of local wine and liqueurs deserves a separate mention. Limoncello lemon liqueur remains an incredibly popular souvenir that tourists enjoy buying. Lemon is also the main ingredient in multiple … Read more

Map of shops in Italy cities