Sightseeing in Brindisi - what to see. Complete travel guide 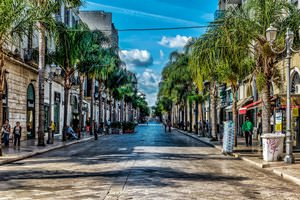 Brindisi is a small port town in the southern part of the country. This is a great destination for tourists who dream of trouble-free calm rest. Despite the fact this town has started developing as a resort not long ago, here you will find almost ideal conditions for beach rest. Each hotel in Brindisi has a well-equipped beach on its territory. Tourists can attend diving and surfing schools, inventory rental services, and wonderful restaurants located directly in beach zone.
Authentic traditions, festivals and lifestyle of Brindisi inhabitants
Every year, Brindisi hosts interesting national celebrations and events that never cease to attract many curious travelers. Processione del Cavallo Parato remains one of the most famous and …

Open
Despite picturesque coast and tender sun visitors are traditionally attracted by large choice of wines and inimitable Italian cuisine. Brindisi is the largest center of wine-making, so you will find rich selection of wine in any restaurant. Local restaurants also serve unique dishes with seafood and here you can try authentic Italian paella. The best time for beach rest in Brindisi is the period from middle April until the end of October.
In this town there are also several interesting historical places of interest like the Cathedral built in the 12th century, Castle Castello Svevo, Fontana Tancredi, Church of San Giovanni al Sepolcro, and the monastery Chiesa di S. Benedetto. All these buildings are known as real pieces of architectural art and have a great value for the country. Copyright www.orangesmile.com
Excursion over cultural sights of Brindisi - 'must visit' points of interest
The picturesque and cozy city of Brindisi carefully keeps its heritage and is proud of its rich history. There are many ancient churches and cathedrals, as well as medieval buildings and …

Open
The resort is just starting to gain popularity among overseas tourists. Currently the majority of visitors are the travellers from France. The main advantage of rest in Brindisi is calm and solitary atmosphere, remoteness from big cities and the absence of noisiness that is so inherent in many large resorts. If you find this rest quite boring, you can try something new and make an excursion to Greece, where you can easily get by a ferryboat. 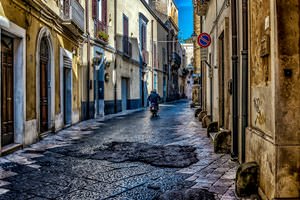 The Medieval strongholds remain the most popular sights in Brindisi. As early as in the 15th century an impregnable wall was built for the defense of the city. Later the defensive line was reinforced during the reign of Charles V. Apart from the defensive walls there are also a few bastions in the historic district. San Giacomo bastion is considered to be the most interesting among them. It was recently fully reconstructed and is now used to conduct all kinds of exhibitions.
Your active city break in Brindisi. Attractions, recreation and entertainment - best places to spend your day and night here
Brindisi has always been an important city due to its strategic location and a naturally formed port. In ancient times, the city was a major player in trade between Southern Italy, Greece, …

Open
Swabian castle is a very interesting historical site, it was built in 1227. It was rebuilt and changed its mission not once during hundreds of years of its existence. In the first half of the 19th century it was used as a meeting room. In the early 20th century the historic building came under the supervision of the Navy. During the World War II a military base was situated there. Different parts of the castle reflect different historical periods, and it is still remarkably impregnable. Another interesting object is Roman columns, the symbol of the city. A lot of interesting stories are connected with them. Some researchers reckon that at a certain point back in the past these columns marked the ending points of the Appian Way. But they were actually a part of the monumental platform which existed in the period of the Roman Empire. During hundreds of years these columns served as a guidemark for the seamen who came to the port. When it comes to the religious sights, the interesting one is Church of Santa Maria del Casale, situated at the street of the same name. This church was built in the early 14th century at the direction of Philip I of Taranto. The architectural style of the building represents the unique combination of Romanesque and Gothic styles. Sandstone served as the main building material. The large yellow-and-gray coloured stone blocks are still the main distinctive feature of the church. 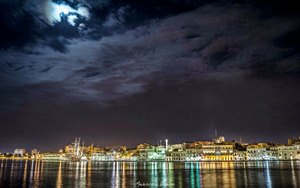 There are very interesting places in the city, a great example of which is «Tourist house». This is an old, beautiful mansion. A few years ago it was fully renovated, and is now used to conduct various cultural events, such as art and photography exhibitions, literary soirees and events devoted to national culture.

This guide to iconic landmarks and sights of Brindisi is protected by the copyright law. You can re-publish this content with mandatory attribution: direct and active hyperlink to www.orangesmile.com.
Brindisi - guide chapters 1 2 3 4 5 6 7 8 9 10 11

City tours, excursions and tickets in Brindisi and surroundings

Survived castles around Brindisi
♥   Castle 'Castello Grande' Brindisi, 0.8 km from the center. On the map

Sights around Brindisi from our guide 'Extreme places on Earth' 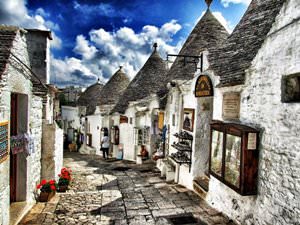 Distance from Brindisi center - 61.3 km.
There are also attractive local restaurants, where numerous dishes are cooked following old recipes. Many experienced travelers tend to visit Alberobello on September, 27. This day, one of the most important national holidays, feast of the patron saints, Cosmas and Damian, takes place in town. Streets are always filled with music and fun. Alberobello hosts solemn processions, as well as exciting outdoor and gastronomic events. … Read further

Search touristic sites on the map of Brindisi

Sightseeing in regions nearby Brindisi

Ostuni
The Messapians, who settled here in the 7th century BC, were the first residents in the area. They also built the first roads on top of the hill. The archaeological excavations proved that Ostuni was a developed settlement already in the antiquity period. The Romans captured the town in the 3rd century BC. We have almost no information about that period in the history of ... Open »
Lecce
The city frequently changed its “owners” – the Byzantines ruled here, followed by the Saracens, and after that the Hungarians claimed the territory. Only when Normans reached the poor town in the 11th century, the life of Lecce and its people changed drastically. The city started developing and becoming prosperous again. Thanks to the managing skills of the Norman ... Open »
Alberobello
First mentions of this region date back to the 16th century. This is the time when peasants appeared in this part of Italy to cultivate crops. However, the feudal, who had brought these peasants, didn’t plan to pay taxes to the royal treasury. That is why poor people had to use limestone to build their houses. As peasants didn’t have anything like cement mortar, it was ... Open »
Monopoli
Would you like to see the oldest church in Monopoli? Tourists are welcome to visit an ancient shrine built yet in the 4th century. This is Chiesa di San Salvatore. The gorgeous church was rebuilt a number of times, and those adjustments changed the look of the shrine significantly. The inner décor of the church changed too. Nowadays, visitors can see a building with the ... Open »
Otranto
Initially, Otranto had another name – Hydrus – and was a part of ancient Greece. When the Roman army conquered the settlement, they changed its name to Hydruntum. At that time, this settlement was an important seaport located on the route to the Balkans. In the 11th century, almost all residents of the town were speaking Greek. In 1068, Robert Guiscard captured the ... Open »
Bari
The most popular beach of the resort is called Pane e Pomodoro. If you take a walk along it, you can reach the city’s center – the place where are gathered the most popular architectural and historical sights of Bari. Castello Normanno Svevo, which was built in 1132, is one of the most notable sights of the city. The castle was built by order of the king Ruggero II and for ... Open »

All about Brindisi, Italy - sightseeings, attractions, touristic spots, architecture, history, culture and cuisine. Prepare your trip together with OrangeSmile.com - find out the 'must see' things in Brindisi, which places to visit, which excursions to take, where the breathtaking views are waiting for you. Planning your trip with this travel guide will help your to get the most out of Brindisi in few days.