Sightseeing in Lipari Island - what to see. Complete travel guide 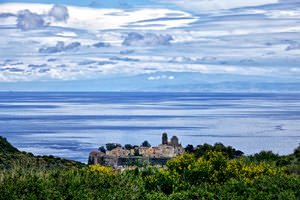 The volcanic island of Lipari located in the Tyrrhenian Sea is the largest of the Aeolian Islands. Its close location to Sicily has made it a popular tourist destination; many travelers visit it during extensive excursion programs. The island is incredibly interesting from a historical perspective, as the first settlements on its territory were founded in the Neolithic Age. A significant part of excursion objects of Lipari are unique natural attractions. It’s also worth noting impeccable tourist infrastructure of the island, as it represents a decent selection of comfortable accommodation places, as well as a wide variety of dining and entertainment venues.
Top hotels in Lipari Island for business trip or short vacation
Lipari is a famous resort center. It’s impossible to imagine this region without luxurious hotels. The most prestigious accommodation place on the island is Tritone hotel situated not …

Open
Just about 10,000 people are constantly living on the island; during the high season its population doubles. In ancient times, the island was known as a major center of commerce; its convenient location has largely contributed to its rapid development and active occupation. The island's capital is the city of the same name. It’s recommended to start exploring of local attractions with it.
The central street of the town of Lipari, Corso Vittorio Emanuele

, is a continuous series of banks, restaurants, shops and tourist centers. The street is very interesting from an architectural point of view; you can see the most beautiful buildings of different eras. It’s noteworthy that old houses aren’t empty, and it will make a walk along this busy street even more interesting. Copyright www.orangesmile.com
Shopping in Lipari Island - main shopping streets, outlets and boutiques
There are souvenirs, that you should certainly bring from Italy. The first thing to buy is a carnival mask. You won’t find a wide range of masks as in Venice, but you will definitely …

Open
Lovely Citadel is among the major historical characters. That’s a large-scale architectural complex that has preserved the castle and a number of fortifications surrounding the fortification wall. Construction of the citadel was held in the 16th century, after the capture of the island by Spanish conquerors. The castle has perfectly preserved to this day; there are several great lookouts next to it. 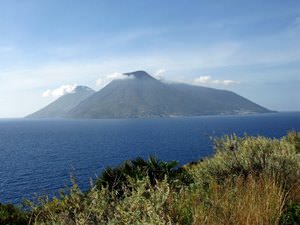 It won’t be difficult to get from the citadel to the main religious monument of Lipari, the Cathedral of St. Bartholomew. Its main value is the silver statue of a saint dating back to 1728 year. It’s believed that the first religious facility on this site appeared in the prehistoric era. You can visit the archaeological site situated next to the cathedral.
Family holidays with kids in Lipari Island. How to entertain your child, things to show to children.
Despite the fact, that there are no amusement parks for children on Lipari, your kid won’t be bored. Italians love and indulge children, so if you come to a restaurant or a shop, the …

. It occupies the amazing Palazzo Vescovilc and several buildings situated nearby. The museum's collection is truly unique; it’s considered one of the most interesting in Italy. Inside the museum there are thousands of artifacts that have been discovered by scientists during excavations in Lipari and at nearby islands. The oldest exhibits are more than 3,000 years old, and the main value of the museum is a unique collection of ancient theatrical masks. 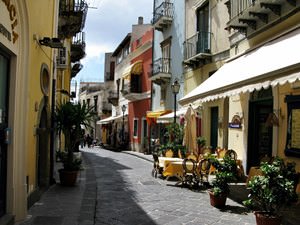 Fans of nature and walking in unusual places have to visit the historic village of Canetto. There is a wide number of interesting natural objects, including old quarries out there. Their development began several hundred years ago; today there is active pumice mining on the island. However, many quarries are closed today and show interest only for curious tourists.
Cuisine of Lipari Island for gourmet with top restaurants and cafe
Italian cuisine is usually associated with pizza and pasta. You can find these dishes on Lipari, but local cuisine is not limited to them. If you want to have a meal and save your money, try …

Open
Lipari beaches are widely recognized among the best in Europe. Marina Lunga beach is a sandy beach that is very attractive and, therefore, popular. This area is comfortable and suitable for families with children as it is quite shallow. Fans of pebble beaches will also not be disappointed. It will be not hard for them to find a suitable coastal area to relax and sunbathe. By the way, there are also several comfortable beaches with stone platform surface on the island. 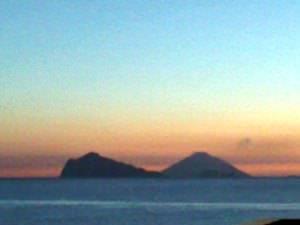 To make your stay on the island even more enjoyable, consider combining beach recreation with visits to local shops and markets where travelers will easily find many unique and exclusive souvenirs. Items made of obsidian have become a traditional souvenir that the majority of tourists prefer to buy. In the past, local craftsmen used this material to make many important household items. Local masters still use obsidian to make quality knives, but it is mostly used to make jewelry these days. Ceramics and volcanic foam are also popular souvenirs that vacationers enjoy purchasing. Locally produced wine or a jar of capers produced at a nearby factory is also a very popular souvenir. Olives and various spices are also a popular choice, and so they deserve a mention.

This guide to iconic landmarks and sights of Lipari Island is protected by the copyright law. You can re-publish this content with mandatory attribution: direct and active hyperlink to www.orangesmile.com.
Lipari Island - guide chapters 1 2 3 4 5 6 7 8 9

♥   Castle 'Altafiumara Fort' Villa San Giovanni, 68.7 km from the center. On the map

♥   Castle 'Castello di Villagonia' Taormina, 76.8 km from the center. On the map

National and city parks around Lipari Island
♥   National Park 'Parco nazionale dell’Aspromonte' , 85.5 km from the center. On the map

Sights around Lipari Island from our guide 'Extreme places on Earth' 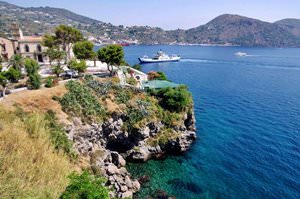 Distance from Lipari Island center - 35.4 km.
This island is an ideal place for divers. There they can explore the numerous underwater grottos. Walks along the island are also popular among tourists. There you can see some huge vineyards, olive bluffs and vegetable grow. Organic vegetables, high-quality olive oil and special bins, all of this you will find there. It isn’t hard to get to the isolated island. Every week there go ships from Messina. … Read further 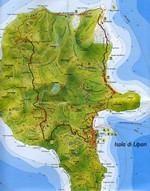 Search touristic sites on the map of Lipari Island

Sightseeing in regions nearby Lipari Island

Vulcano
One of the main attraction of Vulcano is the Master’s Valley. These are submontane districts covered with black volcanic sand. Here, you can see very rare plants that surprisingly grow on the ashes. Besides plants, there are unusual stones that resemble fabulous beasts with their outlines. The ascent of the volcano crater starts exactly from here. Too many travelers always ... Open »
Salina Island
Salina is the second largest island in the Aeolian archipelago, a world-famous center of fine wines production; caper is another hallmark of the island. The island is interesting for tourists, first of all, because of variety of natural attractions. Its guests have an opportunity to stroll through the picturesque rainforest and see lovely vineyards. Historical sites have also ... Open »
Messina
First of all, this refers to ancient cathedrals, temples and churches, which are found throughout Messina. The Church of the Blessed Virgin Mary Most is the most large-scale complex of this place. The church was built in the 12th century on the site of an ancient pagan temple. The central part of the town is the location of Dome Cathedral, which was completed in 1160. This is ... Open »
Calabria
There is a huge number of provincial towns and villages along the coast, each of which has something to surprise their guests. Travelling around towns allows visiting the most interesting historical sites of these places, as well as olive and mandarin groves, verdant meadows and azure coasts. The most famous town of the province is Tropea; the resort is located on the shore of ... Open »
Taormina
By the early 20th century, Taormina has already become the most visited and famous Sicilian resort. Beautiful beaches and amazing culture of the city make it irresistible in the eyes of many modern travelers. An incredible number of ancient monuments, as well as amazing medieval structures, have been preserved in the city and its environs. Guests of the resort can see its ... Open »
Cefalu
Nowadays, this is a fishing village that is famous for its beautiful and clean beaches with soft sand. The majority of recreational areas are located twelve kilometers from Cefalu. There is also a city beach that is very long – its length is one and a half kilometers. This is the most popular area to swim and sunbathe among both tourists and residents of the city. The ... Open »

All about Lipari Island, Italy - sightseeings, attractions, touristic spots, architecture, history, culture and cuisine. Prepare your trip together with OrangeSmile.com - find out the 'must see' things in Lipari Island, which places to visit, which excursions to take, where the breathtaking views are waiting for you. Planning your trip with this travel guide will help your to get the most out of Lipari Island in few days.