Sightseeing in Messina - what to see. Complete travel guide 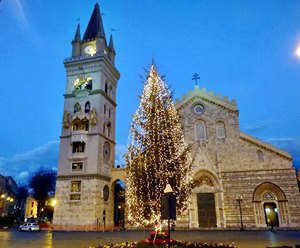 The history of the City of Messina is cloaked in many fascinating myths and legends. This is a true city of fairytales, an enchanting and mysterious place. According to one of tales, angry Neptune threw his trident into land and separated Sicily, turning it into a lonely island. Later another god, Saturn, was amazed by the beauty of the island and founded a wonderful city in it, giving it the name Zankle. This is one of the most famous myths about the origin of the city, but there are many others.
Advices to travellers: what you should know while being in Messina
1. Messina has a large port where active navigation is carried out even at night. Here, tourists are offered interesting tours of other Sicilian cities, as well as trips to remote beaches. …

Open
Today Messina is a major port city, which has had a great strategic importance during all its history. Both military and trade routes are located here. Today you can see many beautiful yachts in the port of the city. Here are organized boat trips and excursions to the most beautiful places of the island. We should also mention that the city is quite small, but, despite this fact, it has many notable places that are definitely worth visiting.
First of all, this refers to ancient cathedrals, temples and churches, which are found throughout Messina. The Church of the Blessed Virgin Mary Most is the most large-scale complex of this place. The church was built in the 12th century on the site of an ancient pagan temple. The central part of the town is the location of Dome Cathedral, which was completed in 1160. This is the oldest church on the island. The only monument referring to the Gothic architecture is the Church of Via Santa Maria Aleman, which has been partially destroyed during military operations. You can also see the fountain of Neptune and the source of the Orion - the monuments, illustrating the stories of myths on the main square of the town. Copyright www.orangesmile.com
Extraordinary weekend in Messina - unusual places, services and attractions for travel gourmet
…

Open
Messina also has numerous entertaining activities for its visitors. Here you will find shopping arcades and magnificent parks, and, of course, authentic Italian restaurants - a real treasure for gourmet travellers. 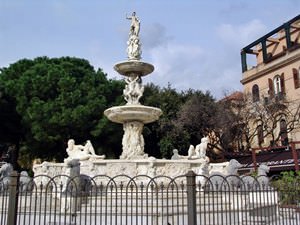 There are many cultural centers and museums in the city. The Regional Museum of Messina is located in the building of the old spinning mill. It was founded in 1806. Originally, the museum was located in the large building of the St. George’s Monastery. In 1908, Messina survived a severe earthquake, after which the city literally lay in ruins. The building of the monastery was completely destroyed. The owners of the museum managed to save only a small part of priceless exhibits. Today visitors of the museum can stroll through the premises of the old factory, in which collections of historical artifacts and works of art are presented.
Shopping in Messina - main shopping streets, outlets and boutiques
Although Messina cannot boast an abundance of large malls and markets, shopping enthusiasts will not be bored here. Most of the popular souvenir shops can be found near the central square …

Open
An amazing museum is located within the walls of the Cathedral. The royal treasury is also located here. Four large rooms are allocated for the storage of precious exhibits. One of the most valuable exhibits is a lamp cut from a single piece of rock crystal. It was donated to a royal person more than a thousand years ago. In the treasury, there are many jewelries and relics of gold, as well as unique items of church utensils. 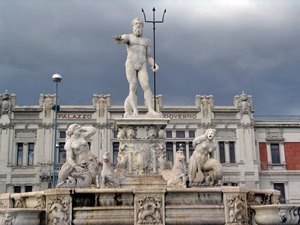 In 2015, the Regional Interdisciplinary Museum was opened in Messina. It was equipped in a former military bunker that was built during the Second World War. The area of ​​this bunker is 900 square meters. In time of war, it could take up to 800 people at a time. The bulk of the museum's exhibits are military artifacts, including samples of old weapons and military uniforms. The museum presents an interesting collection of military awards, old maps and photographs.
Family holidays with kids in Messina. How to entertain your child, things to show to children.
Messina is perfect for an active family holiday. The city has numerous beautiful parks and entertainment centers. One of the most unusual is the amusement center Parco Avventura Dei …

Open
Art lovers will be interested in visiting the Cavour Art Gallery, which was opened more than thirty years ago. In addition to the unique paintings by European masters, a collection of interesting photographs is presented in it. Exhibitions of contemporary artists and photographers often take place in the gallery. Guests of Messina can visit this cultural center for free. 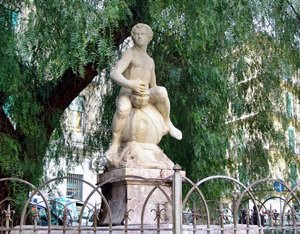 At the beginning of the 20th century, because of the earthquake, almost all historical architectural monuments were destroyed in the city, but some of them were restored. An excellent example is the Palace of Zanca. In 1914, its restoration which lasted ten years began. Now the magnificent palace in the Neo-Gothic style occupies a huge area of ​​12,000 square meters. It contains historical artifacts and collections of works of art.

This guide to iconic landmarks and sights of Messina is protected by the copyright law. You can re-publish this content with mandatory attribution: direct and active hyperlink to www.orangesmile.com.
Messina - guide chapters 1 2 3 4 5 6 7 8 9

♥   Castle 'Castle of Sant’Aniceto' Motta San Giovanni, 22.8 km from the center. On the map

♥   Castle 'Ruffo Castle of Amendolea' Amendolea, 37.5 km from the center. On the map

National and city parks around Messina
♥   National Park 'Parco nazionale dell’Aspromonte' , 25.3 km from the center. On the map

Art galleries in Messina and around
♥   Art museum 'Museo Regionale' Messina, 2.8 km from the center. On the map

Sights around Messina from our guide 'Extreme places on Earth' 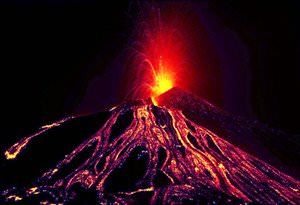 Distance from Messina center - 69.4 km.
Planters are attracted by fertile soil and favorable climate, ideal for growing grapes, olives and fruit. Unique black grapes used for several varieties of wine are grown on the slopes of Etna. According to experts, it’s distinguished by a unique taste and aroma. This Sicilian wine is largely popular mainly due to the unique volcanic soils. Every eruption of Etna is an incredibly interesting and attractive show for tourists; extreme sports fans are strongly recommended to walk along the slopes and watch the action of destructive element from afar. … Read further 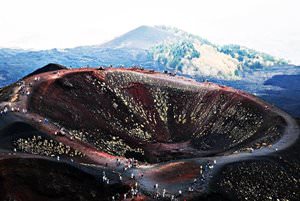 Distance from Messina center - 69 km.
Locals hurried back to the place of grace. Even now, they grow vineyards, olive trees, and orchards on the slopes of the volcano. The geological implications of the volcanic activity are enormous too. For hundreds of years, mountainsides were collapsing after each of the next series of explosions. So, new huge basins and craters appeared close to the volcano. Scientists believe that after one of the regular eruptions of Etna, the water took a large settlement of Atlit Yam in Israel. All of its residents fled from the disaster, but many of them died later. … Read further 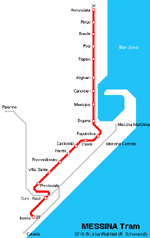 Search touristic sites on the map of Messina

Sightseeing in regions nearby Messina

Calabria
It’s worth to say a few words about the unique nature of these places that has attracted poets and painters for many centuries. You can see rich forests and groves a few steps away from the coast; even large cities have picturesque parks, bright flower beds and alleys. Fans of ecotourism can go for a walk in the mountains; those fond of water activities can relax at any ... Open »
Taormina
The Romans captured the city 200 years after its foundation. Later, the city had been under the control of rebellious slaves for quite a long time and then resisted the Arab conquerors for more than 50 years. The Arabs have managed to capture the impregnable city at the beginning of the 10th century, but a hundred years later their reign was broken - the coastal city has ... Open »
Vulcano
On the island, there is a wonderful balneological resort. The springs with healing muds located here are really miraculous. Besides mud baths, travelers have an opportunity to relax at the unusual beach called Acque Calde. The water here is very warm. The matter is that there are several hot springs at the coast. In some areas of the beach, the water literally bubbles and ... Open »
Lipari Island
The central street of the town of Lipari, Corso Vittorio Emanuele, is a continuous series of banks, restaurants, shops and tourist centers. The street is very interesting from an architectural point of view; you can see the most beautiful buildings of different eras. It’s noteworthy that old houses aren’t empty, and it will make a walk along this busy street even more ... Open »
Salina Island
Salina is an island of volcanic origin; there are two volcanoes, Monte Fossa delle Felci and Monte Porri, in the center of it. The height of the first is 965 meters, and the second is 860 meters. Travelers climb to the hills covered with dense vegetation and find it amazing. The tops of volcanoes provide good views not only of the neighborhood of Salina, but also surrounding ... Open »
Pizzo
Would you like to see one of the most unusual churches? There is a unique shrine not far from Pizzo that was carved directly in the rock. This church was built during the Middle Ages. Besides the unusual location, the sacred place amazes its guests with numerous halls and several symbols of the religion. According to a local legend, sailors hid in this cave after the ... Open »

All about Messina, Italy - sightseeings, attractions, touristic spots, architecture, history, culture and cuisine. Prepare your trip together with OrangeSmile.com - find out the 'must see' things in Messina, which places to visit, which excursions to take, where the breathtaking views are waiting for you. Planning your trip with this travel guide will help your to get the most out of Messina in few days.