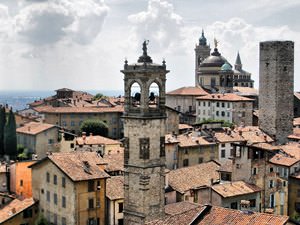 Bergamo is a city in the north of Italy attracting tourists with its rich history, architecture, and nature. Local residents are prominent representatives of northern Italians, for whom the main value is the family and its well-being. The residents of Bergamo are warm-hearted, friendly, and polite, always ready to help anyone. The townspeople are very proud of their origin, and for good reason - everyone would be proud to be born in such a country. Certainly, the best in the world, as any Italian would say. And would colorfully describe how good local residents are, necessarily passing the border between northern and southern Italians.
Bergamo design-hotels for stylish travellers
There are hotels with simply inimitable design in Bergamo, and comfortable Arli Hotel Business and Wellness is among them. Its bright rooms with amazing parquet floors are decorated in …

Open
Local people are distinguished by a love for comfort. And it's not just a need - the Italians cannot imagine their life without it. This can be seen in everything - even a soft breeze can cause a small emotional outburst. Most of them prefer to live in their own houses because it is more comfortable than living in an apartment. Italian men treat women (of any age, weight, religion, skin tone) not just respectfully, but almost reverently. Mothers, girlfriends, ladies on the street - it does not matter, men always give them lots of compliments. Of course, the most important women for an Italian man are a mother and a wife, and this is beyond doubt.
Bergamo's culinary preferences primarily affect its regional cuisine. Thus, the region is famous for the presence of a huge number of cheeses, including the most famous varieties such as Gorgonzola, Stracchino, Taleggio. Paella, pasta, ravioli, and polenta - all these specialties are definitely worth trying while in Bergamo. As well as Grappa (a pomace brandy) and Franciacorta (a special variety of wine). In general, local people care about a healthy diet and lifestyle, so people with the same eating habits feel very comfortable here. Evidence of this is the fact that cycling is very popular here. Copyright www.orangesmile.com
Top places to stay in Bergamo - most luxurious hotels
The most famous upscale hotel of Bergamo, Relais San Lorenzo, offers its services to true connoisseurs of luxury. The residence is situated in the picturesque area of Bergamo Alta. The …

Open
In the middle of March, Bergamo turns into the world capital of jazz. During this time, Bergamo Jazz is held in different locations of the "Stone Town" (as it is called for numerous paved streets). Every year the festival organizers prepare a special program so that the audience could not get bored. And, of course, only eminent and talented musicians entertain spectators. The main venue is Teatro Gaetano Donizetti, while the rest are bars, clubs, libraries. International Jazz Day is also celebrated in the city, and it falls on April 30. This day is marked by noisy street concerts. 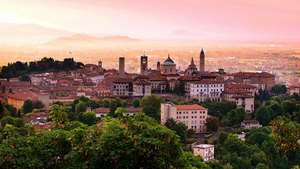 At the end of June, one of the largest musical events in the whole region is held. We're talking about I-days festival taking place in Monza Park near Bergamo. The celebration lasts four days, and this is time of carelessness, fun and joy. The festival's headliners are always world-famous musical bands and performers. The genres you can hear range from punk rock to pop music. Another famous festival is dedicated to piano music, and it begins in late April, ending in mid-June. Teatro Gaetano Donizetti serves as the venue. During the festival, visitors listen to classical works performed by talented pianists.
Old hotels keeping the history of Bergamo
Hotels in Bergamo could be a real find for travelers who love to spend time in historic setting. Many accommodation places are set in old charming buildings, and Vip Bergamo is among them. …

Open
A festival dedicated to dances lasts a whole month. We're talking about Festival Danza Estate taking place in Teatro Sociale. The entertainment program includes about 10 colorful shows with the participation of dance stars (genres are represented by modern and theatrical dances), the opening of exhibitions, meet-and-greets. The festival leaves nothing but pleasant impressions. A special program is prepared for the smallest of the family. In mid-July, you can witness Art 2 Night - a festival focused on art. At this time, there are exhibitions of artworks in the field of painting, sculpture, architecture, design, photography. The venues are cultural institutions like museums, libraries, galleries. 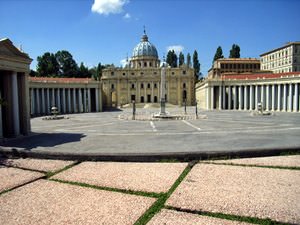 The region is also known for its sports heritage. Thus, in early May, Grand Fondo Internazionale Felice Gimondi is held here - this is a competition dedicated to cycling, in which both Italian and foreign participants take part. At the end of the same month, Bergamo Historic Gran Prix takes place. The event includes vintage auto racing (the main condition - produced before 1975), after which the cars are shown to the audience on Piazza Cittadella. This is a very interesting event that every car enthusiast and connoisseur of colorful spectacles (which means every second Italian) is eager to attend.
Best hotel choice for romantic escape, wedding or honeymoon in Bergamo
It won’t be difficult to choose the right hotel for a romantic vacation in Bergamo. Couples of all ages are fond of Starhotels Cristallo Palace. It occupies a charming modern building …

Open
Notte Bianca dello Sport is held at the same time. It is nothing but a large-scale sporting event in the open air (central city streets serve as the venue), which includes a variety of sports. The main purpose of the event is to promote sports among youth. In mid-July, Bergamo turns into the capital of diving. Yes, there is no access to the sea, but the locals do not despair and hold a festival in Italcementi Piscina. The competition is attended by more than two hundred professional divers from all over the world. The event is covered by world media since the spectacle is truly fascinating. 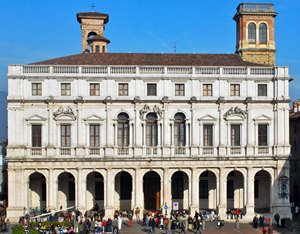 In early September, a truly colorful event starts - it's Notti di Luce, a festival during which the so-called Stone City shimmers with bright colors. Jazz performances, exhibitions of fine arts and photographs are organized within the framework of the festival, and a separate entertainment program is prepared for children of all ages. There is no need to pay for the entrance to the festival taking place on city streets. In late September, Bergamo Scienza is held - a festival where you can see interactive shows, interesting exhibitions, and conferences.

This guide to traditions and festivals in Bergamo is protected by the copyright law. You can re-publish this content with mandatory attribution: direct and active hyperlink to www.orangesmile.com.
Bergamo - guide chapters 1 2 3 4 5 6 7 8 9 10 11 12 13

Cathedrals and basilicas near Bergamo
♥   Basilica Cattedrale di S. Alessandro in Colonna, Bergamo, 0.3 km from the center. On the map

♥   Basilica-Santuario della Madonna del Bosco, Imbersago, 17.7 km from the center. On the map

Survived castles around Bergamo
♥   Castle 'San Vigilio Castle' Bergamo, 2.1 km from the center. On the map

Colors of Bergamo in photos

Traditions and festivals in cities around Bergamo

Lombardy
At this time, a very curious event takes place in Legniano. It includes an incredibly beautiful costume party and a horse race attracting gambling travelers. Amazing gourmet festivals are also held in Lombardy. There you can learn how to cook delicious food and taste the most popular local treats. A very interesting celebration is held annually in Villimpente; it is devoted to ... Open »
Monza
It should be also noted that Monza is a big pilgrimage center. Local religious attractions attract thousands of tourists. More admirers of religious traditions visit the city in March when the Annunciation is celebrated. This holiday was first celebrated on a grand scale in 1937. Over the years, it has gained the status of an international holiday. Today, the holiday is ... Open »
Como
One of the youngest festivals in Como is the StreetScape Contemporary Art Festival. Held in 2011 for the first time, the original festival became so popular with locals that now it is regularly held every year. It is usually held in the middle of autumn when the city's streets and squares are decorated with original sculptures and installations. Artists from many countries of ... Open »
Lugano
Apart from the concerts the festival program also includes exciting lectures and competitions as well as exhibitions dedicated to music. The city is transformed to the huge stage for several days. The festival engages popular musicians and amateur bands. As it was mentioned above the festival is of great popularity not only among music fans but among usual tourists as well. ... Open »
Varese
Guests of the city will be amazed by its heritage. The ancient Castle of Masnago and Villa Mirabello built in the 17th century are definitely worth a visit. Numerous parks and green spaces with trails for jogging, walking, and cycling are another peculiarity of this gorgeous city. It is safe to say Varese is the right choice for active travelers. The unusual location has ... Open »
Locarno
ithin the framework of the festival, more than ten cinema halls are equipped in the city. Some of them are located in the open air in parks and squares. Over the past decades, the film festival has become incredibly popular, so the preparations for its holding are always taken very seriously. Even local restaurants and cafes decorate their summer terraces with themed ... Open »

Cityguide on traditions, mentality and lifestyle of people in Bergamo. Learn the best periods to visit Bergamo to discover its soul - authentic festivals, events and celebrations. We will also reveal the interesting habits, attitude towards the world and to tourists in Bergamo.