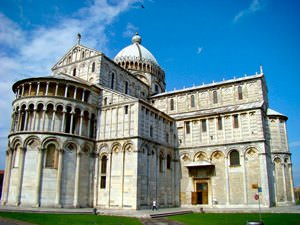 The best way to learn local ethnic customs and cultural traditions is participating in one of the unique ethnic fests. Pisa has become an established place for holding interesting sport events and street festivals. The city witnesses several symbolic religious fests as well. A bright and exciting holiday is the Palio di San Ranieri which is held on 17th of June. The holiday is dedicated to the main patron saint of the city. The main events of the holiday take part in the Arno area.
Advices to travellers: what you should know while being in Pisa
1. The best way to explore the historical center of Pisa for tourists is on foot as all the most significant landmarks and sights of the destination are located close to each other. Besides, …

Open
The holiday is opened with a grand parade which is followed then with the main entertaining event of the day being a boat race. The regatta is an impressive and rather emotional event which will be of great interest for all tourists and city guests. The name of the patron saint is associated with another bright festival which is the Luminara di San Ranieri which is celebrated a day prior to the Palio di San Ranieri on 16th of June. The holiday was established in the middle of the 17th century. In the course of its history the event has been sufficiently changed and today a single day is not enough for holding of all the planned events of the holiday.
On the festive day all the churches, cathedrals and temples of the city are decorated with a specially chosen system of illumination. Nice lanterns and lamps can be seen on the houses of local folks as well. The Tower of Pisa being the main symbol of the city gets its luxurious illuminating decoration too. The landmark looks fantastic in the bright lights of the decoration. At nightfall city residents set off to the bank of the river to set special small lights afloat. After the ritual large companies of people proceed to a square at the old Citadel (La Cittadella) where a great fireworks show takes place. Copyright www.orangesmile.com
Guide to Pisa sightseeing - things to see and to visit
This is a beautiful Italian town, the main symbol of which is the famous Torre di Pisa. However, besides this unique architectural building there are really many interesting places in this …

Open
One of the newest and most engaging holidays in Pisa is considered to be the Gioco del Ponte (its name means “games on a bridge”) offering its participants the most exciting sport contests and competitions. According to one of the theories the holiday originated from the Middle Ages epoch when local equestrians organized fights named Mazzascudo, entertaining themselves and mastering their fighting skills in such a way. Modern holiday is opened with a knight parade. A scale march of knights clad in medieval dresses follows the Arno river bank. 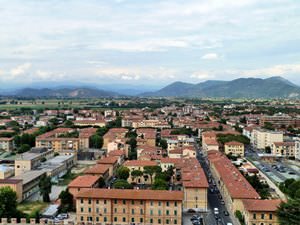 The holiday was banned in the beginning of the 19th century. It was held the next time only in the middle of the 20th century. Dangerous breakneck fights taking lives of hundreds of knights were decided to replace with less life challenging and more exciting competitions. One of the most engaging and emotional contest which is held within the holiday is pulling of a cart.

This guide to traditions and festivals in Pisa is protected by the copyright law. You can re-publish this content with mandatory attribution: direct and active hyperlink to www.orangesmile.com.
Pisa - guide chapters 1 2 3 4 5 6

Cathedrals and basilicas near Pisa
♥   Cattedrale di S. Maria Assunta, Pisa, 1.3 km from the center. On the map

♥   Basilica di S. Pietro Apostolo a Grado, San Piero a Grado, 5 km from the center. On the map

Survived castles around Pisa
♥   Castle 'Gambacorti’s Castle' Filettole, 1.5 km from the center. On the map

♥   Castle 'Roncioni’s Castle' Ripafratta, 1.8 km from the center. On the map

♥   Castle 'Santa Maria Castle' Vecchiano, 7.8 km from the center. On the map

♥   Castle 'Fortezza Nuova' Livorno, 19 km from the center. On the map

Unique landmarks in Pisa and around

Distance from Pisa center - 1.2 km.
The Piazza dei Miracoli is a very popular place in Pisa. A lot of travellers know it under the name of the Square of Miracles. The square is surrounded by the outstanding Medieval monuments. Together with the square, it became an important sightseeing of the universal importance. Near the square has placed the Duomo di Santa Maria Assunta of the 1603 year. There were used the most beautiful marble types. Also, the cathedral is decorated with 16-17th-century wall paintings. … Read further 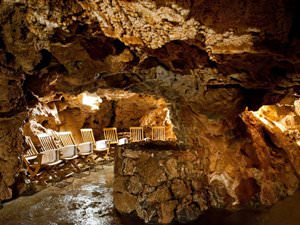 Distance from Pisa center - 39.7 km.
Tourists who prefer recreation in picturesque areas can go to Tuscany. Here is a unique bath complex, which was opened in the natural cave of Giusti. Now it is a part of the infrastructure of the prestigious Grotta Giusti Resort Golf & Spa Tuscany. The depth of the cave in which the thermal complex has been built is about 200 meters, on its bottom there is a hot spring. … Read further 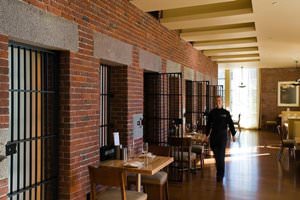 Distance from Pisa center - 51.8 km.
In the surroundings of Pisa, there is a striking historical sight - the Fortezza Medicea Castle, the largest part of its existence as the site of the high-security prison. A few years ago the historical prison was opened for the excursions. Later, the 'prison restaurant' of the same name was opened. To sample its specialties, guests have to observe some rules. … Read further

Colors of Pisa in photos

Traditions and festivals in cities around Pisa

Lucca
The festival will be of great interest not only for comics readers and admirers and gamers but for the youngest travelers. A special entertaining program with sportive games, contests and competitions for youngest festival travelers is also included in the schedule of the event. The major part of the events takes place in the historic part of the Lucca town. Interesting ... Open »
Livorno
La Festa dell'Uva, the grape harvest festival, is also held in autumn. This one offers guests a very rich program, they can walk through the picturesque Tuscan vineyards and taste the best young wines. All Livorno's gastronomic festivals without exception are accompanied by lush public festivities. Bright carnivals and solemn processions pass through the central streets where ... Open »
Viareggio
The carnival is always accompanied by various interesting events. In addition to a parade of chariots the squares of the city host interesting humorous presentations, children's performances and entertaining competitions. On the day of celebration here are opened numerous souvenir shops where visitors can buy beautiful carnival masks, costumes and souvenirs. The carnival ... Open »
Tuscany
August is associated with Sagra culinary festivals, which are held in various cities of Tuscany and are well-known to gourmets from around the world. It is noteworthy that every year the festival is dedicated to a particular dish; best Tuscan chefs compete to cook the best of it. During the festival, guests are offered not only to taste delicious national food, but also to ... Open »
Florence
When it comes to describing work and business, they also have their own national characteristics. Informal communication is very common among the local people, so even a serious business meeting can be arranged in a restaurant or at home of one of the business partners. Businessmen believe that this form of communication makes it easier to establish contact and understanding ... Open »
Siena
After the competition, festive marches are held on a town’s street. An entertainment program ends late at night. Typically, Palio is celebrated twice a year - in early July and mid-August. Among other features of Siena, lively and fun atmosphere of the city streets is worth mentioning. The fact is that one of the most prestigious universities in Europe is situated here, so ... Open »

Cityguide on traditions, mentality and lifestyle of people in Pisa. Learn the best periods to visit Pisa to discover its soul - authentic festivals, events and celebrations. We will also reveal the interesting habits, attitude towards the world and to tourists in Pisa.