Sightseeing in Emilia-Romagna Region - what to see. Complete travel guide 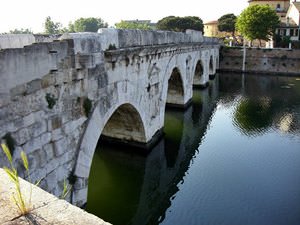 Emilia-Romagna region is situated in the northern part of Italy. It is one of the largest regions of the country. Since ancient times, this area was of great strategic importance, so first major settlements there date back to ancient times. The capital of the region is the modern city of Bologna - a storehouse of priceless historical monuments. There are also hundreds of unique historical objects outside of the capital. An excursion program available to guests of the region is very ample and interesting.
Family holidays with kids in Emilia-Romagna Region. How to entertain your child, things to show to children.
Emilia-Romagna is one of the best places for holidays with kids in Italy. There are kilometers of fine sandy beaches, where you will find trampolines, slides, children’s playgrounds. …

Open
An acquaintance with historical past of the region should start with a visit to the capital. The starting point of most tour programs is the center of Piazza Maggiore

. The most important historical and architectural attractions are concentrated around the square. Those include fabulous Chiesa di San Petronio

, as well as the building of Palazzo Comunale that has managed to maintain its original appearance. Here there is Palazzo di Re Enzo

, which is one of the most impressive architectural structures of the region.
The most unusual buildings of Bologna are Torre-Azinelli

; their main feature is the original inclined shape. According to many contemporary architects, the structure of this form simply can’t survive for so long; however, the original tower house over a hundred years amazes its guests with its impeccable appearance. Among the cultural institutions of the capital we should mention Pinacoteca Nazionale

, which represents the most interesting works of local artists. Copyright www.orangesmile.com
Cuisine of Emilia-Romagna Region for gourmet with top restaurants and cafe
The combination of the two ethnic groups in Emilia-Romagna’s name is not accidental. If you look at the cuisine of the region, you will see that both these ethnic groups contributed …

Open
Parma city is famous to many travelers due to its exquisite deli meats. However, Parma ham is not the only symbol of this place. The city has a well-preserved historical center and a stroll there will be an unforgettable adventure. One of the most spectacular buildings is Palais des Papes

built in the Gothic style. Stendhal fans will be interested in visiting the La Chartreuse de Parme

, which owes its name to one of the famous novels. 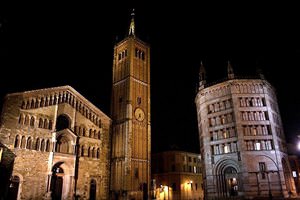 Among the brightest symbols of Parma, Palazzo della Pilotta

has to be noted, where Teatro Farnese is situated. It is a real pride of the locals; the opening of the theater took place in the 17th century. It was able to maintain its pristine decor: graceful columns and pilasters, sculptures of outstanding masters and artistic murals impress every visitor. In the immediate vicinity of Parma there is the picturesque town of Piacenza appealing to those fond of excursions. The beautiful Cathedral with incomparable interiors and an abundance of religious artifacts, as well as the Chiesa di Madonna di Campagna are among outstanding local attractions.
Authentic traditions, festivals and lifestyle of Emilia-Romagna Region inhabitants
There are a few peculiarities of the Italians’ mentality, which you have to consider if you decide to visit Emilia-Romagna. First of all, there is a totally special attitude towards …

Open
One of the largest cities of the region is Modena; the Piazza Grande

is considered its historic center. Here there is the awesome cathedral, whose age is almost a thousand years. There are numerous beautiful palaces in the city, each of which is unique. Nature lovers won’t be disappointed too, as they would have an opportunity to stroll around the lovely Estense

garden. Lovely Ravenna with its priceless Byzantine monuments, artful murals and ancient palaces is noteworthy too. 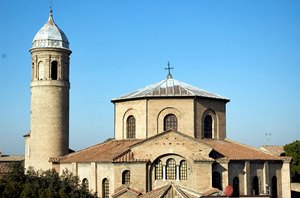 The region is famous for its outstanding gastronomic traditions. Every year, a large festival dedicated to wine and food takes place here. The event traditionally attracts numerous professional chefs and foodies from all over the world. The program of the festival includes dozens of various events and master classes dedicated to different national products. The festival starts in September and usually lasts two months. Attendees will be able to participate in various sampling sessions and enjoy Parma ham, wine made by local wineries, chestnuts, and truffles, and rare seafood that is harvested only in autumn. For instance, guests will be treated with eel – local chefs cook it in accordance with a special recipe.
Excursion over cultural sights of Emilia-Romagna Region - 'must visit' points of interest
When in Emilia-Romagna, definitely visit Bologna. Here you may not only enjoy the old beautiful University of Bologna but also walk through the old city, full of galleries. The total length …

Open
Even if you fail to visit the region during the major gastronomic event, local restaurants and cafes are always ready to offer local delicacies and traditional national dishes. Various sorts of Parma ham and locally produced cheese remain the most popular “eatable” souvenirs that tourists like to take home. The region is also famous for its excellent balsamic vinegar. Every town in the Emilia-Romagna region has wine shops that offer to sample and buy the most popular varieties of local wine.

This guide to iconic landmarks and sights of Emilia-Romagna Region is protected by the copyright law. You can re-publish this content with mandatory attribution: direct and active hyperlink to www.orangesmile.com.
Emilia-Romagna Region - guide chapters 1 2 3 4 5 6 7 8 9

City tours, excursions and tickets in Emilia-Romagna Region and surroundings

Survived castles around Emilia-Romagna Region
♥   Castle 'Vignola Castle' Vignola, 10.7 km from the center. On the map

♥   Castle 'Rocchetta Mattei' Grizzana Morandi, 26.8 km from the center. On the map

♥   Castle 'Castello di Galeazza' Crevalcore, 39.4 km from the center. On the map

National and city parks around Emilia-Romagna Region
♥   National Park 'Parco nazionale dell’Appennino Tosco-Emiliano' , 67.6 km from the center. On the map

Art galleries in Emilia-Romagna Region and around
♥   Art museum 'Bologna Museum of Modern Art' Bologna, 16.3 km from the center. On the map

♥   Art museum 'Museo Civico Medievale' Bologna, 16.5 km from the center. On the map

Distance from Emilia-Romagna Region center - 16.6 km.
Garisenda tower was built in the 13th century. Its original height was also about 100 meters. The tower began to tilt due to ground subsidence a few years after construction. Therefore, it had to be significantly shortened. The tower is 48 meters high currently. The textile factory was located in the tower for more than 400 years. It became the property of the municipality after that. The tower of the Garisenda is closed to visitors for safety reasons, unlike its neighbor. The angle of inclination is too great. … Read further

Search touristic sites on the map of Emilia-Romagna Region

Sightseeing in regions nearby Emilia-Romagna Region

Bologna
Bologna is a modern city that tenderly keeps its traditions and so here you will find large number of magnificent medieval masterpieces almost in their original condition. Actually, whole city looks like a medieval one. Approximately in the beginning of the 20th century Bologna was surrounded by a huge wall around six meters in diameter and made of bricks. So what Bologna is ... Open »
Modena
This ancient Italian town attracts visitors primarily by its rich cultural program. There are many interesting and beautiful places, visiting which will become a real pleasure to any traveler. Start your observation of sights of Modena with quite a gloomy place - the cemetery San Cataldo. In fact, the first impression of your excursion to this place will be misleading as this ... Open »
Imola
Imola is a relatively small provincial town that attracts visitors by its ancient architectural places of interest, wonderful museums and unforgettable landscapes. However, these facts are not the reasons for popularity of this place. There is a highway that is used in one of stages of Formula 1 competition nearby the town. When the compatition takes place in this region, the ... Open »
Ferrara
Do you want to start your acquaintance with the city from its most sacred landmarks? In this case, visit the gorgeous cathedral that is dedicated to Saint George. This saint has always been the city’s patron. Its statue decorates the main entrance to the cathedral. Saint George in a set of knight’s armor is sitting on his horse and holding a sword in his hand. With his ... Open »
Montecatini Terme
Nowadays, the town is conventionally divided into two parts – the old and the new. The old part, also known as Montecatini Alto, is located on a hill, the height of which reaches three hundred meters. To get to the top of the hill and admire the historical part of the town, tourists either need to walk or to use the cable road. Here it is important to mention that the cable ... Open »
Parma
This is one of the most popular resorts of Italy, a beautiful old city full of attractions and hospitality. Fascinating tours to the remarkable places remain among the most popular entertainments for tourists. Santa Maria Assunta Cathedral is considered the symbol of the city. The construction of the church started in 1092. Its facade is decorated with elegant marble, and ... Open »