Sightseeing in San Remo - what to see. Complete travel guide 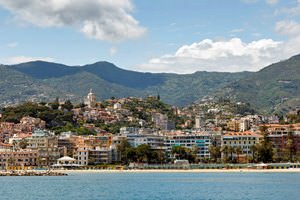 Sanremo is a true Italian Riviera, a picturesque city located on the coast of Ligurian Sea, which is widely known as the beloved place of rest for the members of royal families and aristocrats. San Remo is a popular and expensive resort widely famous for its lush colors of tropical parks and gardens, large choice of boutiques, casinos that look like magnificent palaces and simply for its festive atmosphere.
Authentic traditions, festivals and lifestyle of San Remo inhabitants
San Remo is a city with a rich cultural life offering its guests to take part in the brightest and most exciting events, holidays and festivals. Local festivals always attract many travelers …

Open
This atmosphere of the city is created by never-ending contests, performances, festivals, flower holidays and Italian song contests, sailing regatta, boxing fights and car races, rowing competitions, tennis tournaments and a variety of fashion shows. The biggest annual flower fair in Italy is one of the oldest traditions of the San Remo. Here you will find unique and rare flower species grown on private farms, which simply amaze by their shapes and colors.
San Remo is full of old buildings, castles and palaces, the main of which is Alfred Nobel's villa where he spent the last days of his life. Tourists are also recommended to visit the casino named "San Remo" and the theater inside it and the d'Olmo Borea palace, which now provides space for the exhibition of Archaeological Museum with its large collection of artifacts from the ancient Roman times. Don’t forget about the magnificent church named Madonna della Costa built in Baroque style in the XVII century, as well as many other attractions that have preserved till our days. Copyright www.orangesmile.com
Excursion over cultural sights of San Remo - 'must visit' points of interest
San Remo, the most scenic and luxurious resort town of Liguria, features a vast choice of historical sites and architectural landmarks. One of the most unusual and remarkable spots of …

Open
The Cathedral of Christ the Savior is the most unusual landmark of the city. It was constructed in 1913 in a similar way as classical Russian temples of the 19th century. During this period, representatives of the Russian aristocracy often rested in San Remo. It is they who initiated the construction of the temple. Over a hundred years, the temple has been amazing with its luxurious interior, ancient icons, and decorative elements made of wood and stone. 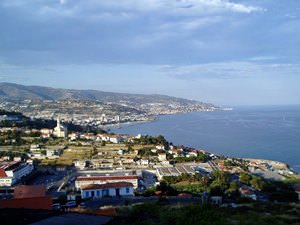 The oldest religious structure in the city is the San Siro Cathedral, built in the 12th century. The last major reconstruction of the temple took place in the 18th century. During this period Anton Maragliano worked on its interior design. Many of his unique works have survived up to now. Not far from the church, is located an ancient baptistery bearing the name of St. John.
Your active city break in San Remo. Attractions, recreation and entertainment - best places to spend your day and night here
San Remo hosts the longest cycle track in Europe. Its length is about 20 kilometers. The track was constructed along a seaside running along the route of an old railway. Cycle tours are …

Open
San Remo is known for its legendary Ariston theater, which is considered a tourist attraction of national importance. Its opening took place more than a hundred years ago. A theater stage and a modern cinema occupy the same historical building. For every resident of Italy visiting this cultural center is a matter of honor. In recent years, the theater has become a permanent venue for various cultural events. 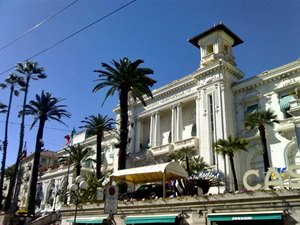 In the immediate vicinity of the city is an interesting historical district called Bussana-Vecchia. Until the end of the 19th century, this spot was a fairly large and crowded city, which in 1887 was badly damaged by the earthquake. Several thousand people died, and the survivors were forced to look for a new place to build houses. Over 70 years after the earthquake, this town remained abandoned and then began to attract the attention of free artists from various regions of Italy. They had been restoring the dilapidated houses and turned them into art workshops. Nowadays, Bussana-Vecchia is known under the unofficial name City of Artists. The most beautiful architectural monument is Villa Ormond. It was built in the 19th century and is located on the territory of one of the largest parks in the city. This park is well equipped for recreation. It has many old elements of decoration and ancient trees. Not so long ago, a small Japanese garden was planted there.

This guide to iconic landmarks and sights of San Remo is protected by the copyright law. You can re-publish this content with mandatory attribution: direct and active hyperlink to www.orangesmile.com.
San Remo - guide chapters 1 2 3 4 5 6

National and city parks around San Remo
♥   Regional Nature Park 'Préalpes d’Azur' , 74.7 km from the center. On the map

Sights around San Remo from our guide 'Extreme places on Earth' 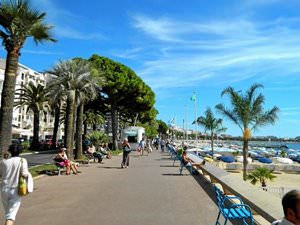 Distance from San Remo center - 66.7 km.
Tourists come at the promenade to see the celebrities. They usually like to walk along the magnificent promenade. The promenade shines not only in a daytime from the sun and celebrities but also at night. When the sky gets darker, there opens a number of clubs and bars. Celebrities like to spend time in the luxurious club "Le Baoli". Palm Beach Casino is the other place where famous people like to have fun. This casino is situated at the end of the promenade. … Read further 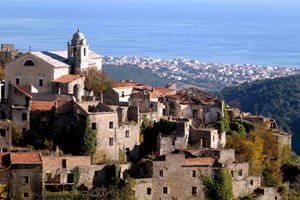 Distance from San Remo center - 47.2 km.
There exist a considerable amount of priceless historical attractions. Visitors can see the beautiful St. Andrew church that survived by some miracle after the devastating earthquakes. Beautiful St. George Cathedral which is remained untouched and which is decorated with priceless frescoes of the 15th century. New earthquakes pose a real threat to Balestrino. The risk is high and the unique historical objects may be ruined at any time. … Read further

Search touristic sites on the map of San Remo

Sightseeing in regions nearby San Remo

Menton
First of all visitors are recommended to visit the church of Saint Michel - a magnificent building created in the Baroque style. The inner yard of of the church is decorated with beautiful mosaics made of pebbles. The church has been chosen to host the annual music festival with chamber orchestra performances. The halls of the church are decorated with most valuable sculptures ... Open »
Monte Carlo
Monaco is the capital of the Principality of Monaco. It is located on the French Riviera near the Italian border at the foot of the French Maritime Alps. In the south the microstate is washed by the Mediterranean Sea. The Principality of Monaco consists of several merged cities - Monaco (the old city), Monte Carlo (a shopping center and a location of numerous theaters, cinemas, ... Open »
Nice
Old Town (Vieux Nice). The old Nice is located at the foot of the hill, on which you will find Le Chateau Castle . The old city quarter is limited by the hill in the east, and in the west of the quarter is separated from the New Town by the Le Paillon River. Taking into account the geographical location of the quarter, it becomes clear why this part of the city, founded by ... Open »
Antibes
The so called Old City is the best place to watch numerous ancient buildings and see the most notable sights of Antibes - Chateau Grimaldi and Church of the Immaculate Conception. These building were created in the 12-13th centuries and stayed in almost perfect condition up to our days. The castle was significantly expanded in the 16th century and in 1925 it was decided to ... Open »
Cannes
Cannes is an international cinema center and one of the most luxurious resorts. The city is able to accept visitors all year long as during the majority of days the weather here is sunny, beaches lure by clean gold sand, and amazing sights never stop amazing travellers. The Promenade de la Croisette is one of the most famous sights of Cannes. Once it has been a simple cart ... Open »
Savona
Not far from the port is located the main religious attraction of Savona - San Giovanni Battista Church, which was built in the 16th century. This complex is considered an integral part of Santa Maria Assunta Cathedral. Together they have witnessed numerous important events and have kept a lot of memorable stories and events, which are imprinted on the frescoes. Art-lovers ... Open »

All about San Remo, Italy - sightseeings, attractions, touristic spots, architecture, history, culture and cuisine. Prepare your trip together with OrangeSmile.com - find out the 'must see' things in San Remo, which places to visit, which excursions to take, where the breathtaking views are waiting for you. Planning your trip with this travel guide will help your to get the most out of San Remo in few days.