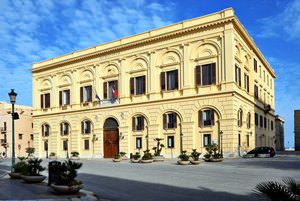 One of the most interesting traditions of Trapani dates back to the time of the Spanish rule. It was born four centuries ago. It is called Processione Dei Misteri or the Sacrament Procession. The procession begins on Good Friday every year. It ends exactly one day later on Holy Saturday, Easter Eve. Thousands of Italians and tourists from all over the world come to watch the procession. Therefore, if you want to watch the procession, you should book the hotel and tables in restaurants in advance.
Top hotels in Trapani for business trip or short vacation
Trapani will not disappoint travelers who enjoy staying at the most attractive historic hotels. Palazzo Serraino is, by far, one of the most famous hotels in this category. It is open in a …

Open
This name of Sacrament Procession has a justification. "Sacraments" are the two dozen images of the Passion and Death of Christ. Their size is impressive. Eighteen of them are various sculptural groups. Two more are statues of the deceased Jesus and the grieving Mother of God. The city's faithful carry images of the Sacraments through the streets, surrounded by music and lights. One or another city workshop is responsible for each scene. Interestingly, the statues are attached to the wooden bases of the "Vara" in a rather unusual way. This allows them to oscillate while moving. Wooden bases ("Vara") are installed on the support of wood covered with black cloth. They are called "manta".
The whole structure comes out quite heavy in the end. Therefore, at least a dozen people carry each sculpture on their shoulders. Porters are called Massari. A traditional orchestra sets the rhythm of the movement. The procession tries to imitate the specific gait of Massari. It involves swinging. It's called annakata. This translates roughly as "motion sickness". Sculptures are not just cleaned of dust but also decorated with silver and live and decorative flowers in preparation for the procession. The sacraments are illuminated especially so that pain and suffering can be seen more clearly on the faces of the figures. Copyright www.orangesmile.com
Shopping in Trapani - main shopping streets, outlets and boutiques
Trapani is not the largest of the Sicilian cities. Therefore, if you want to buy high-quality clothing and shoes from the world's leading brands, you should go to Palermo for a couple of …

Open
All the statues are kept in the beautiful Church of Anime Sante del Purgatorio. It is from here that the procession begins at exactly two o'clock in the afternoon. The procession moves slowly despite the weight of the sculptures and the short length of the city streets. The procession ends its journey in the same Baroque church a day later. Citizens and tourists can join the procession during this time. Many participants of the procession use vintage costumes to further immerse themselves in that ancient era. You should watch the Sacrament Procession at least once in your life, even if you do not belong to the Christian faith and are indifferent to religious holidays. 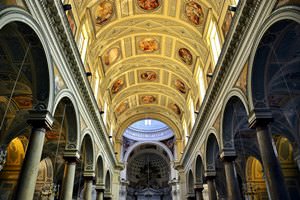 Opera fans should come to the city in July. The Summer Opera Festival takes place at Villa Margarita here at this time. Many world celebrities come here at this time. The festival is very famous. It has been held regularly for half a century. The festival has developed many of its traditions during this time. Festive services are held in local churches on the seventh of August. They are popular with parishioners. They are arranged on the occasion of St. Albert's Day. He is the patron Saint of Trapani.
Guide to Trapani sightseeing - things to see and to visit
The miniature city of Trapani is, however, the center of the same-named province. It’s a place of miraculous beauty on the west coast of Sicily. The majority of tourists, who arrive in …

Open
The beautiful Cous Cous Fest takes place in San Vito Lo Capo at the end of September. It attracts gourmets from all over the world. Chefs from all the places where this dish is popular come to the city at this time. They share their recipes. Competitions in culinary skills and open tasting of couscous in various interpretations are also held at the festival. The festival has been held for twenty years. It will allow you not only to learn all about couscous but also to plunge into the traditions and customs of the countries of the Mediterranean Basin. 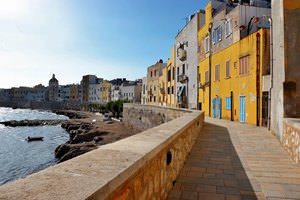 The traditional carnival takes place in the city before the beginning of lent in late January and early February. You can have fun not only in Trapani but also all over Sicily. Therefore, if you get tired of the local program of processions, costume contests, and performances of actors and musicians, you can go to Acireale or Sciacca. You can see thousands of locals and tourists in a variety of costumes and masks in the city at this time. It seems that the music doesn't stop for a minute. Processions with a statue from the Church of Carminello and music accompany Festa di S. Giuseppe in mid-March. It is customary to give traditional bread to the poor at this time.
Family holidays with kids in Trapani. How to entertain your child, things to show to children.
There are not too many specialized children's activities in Trapani. It will be better to go here in the summer. You and your child can go to one of the two beaches close to the city to …

Open
The procession with the statue also passes through the city during the Feast of Our Lady of Trapani. The procession starts from the Cathedral Church at 20.45. Anyone can join it. You can see beautiful fireworks at midnight. The city also celebrates traditional European holidays like Valentine's Day or All Saints' Day. New Year is also celebrated here. This is the time of fireworks designed to deceive evil, red color that brings good luck, coins, and candles. A dish with grapes is an essential attribute of the New Year’s table. It is customary to eat one grape at each stroke of the clock, announcing the change of the year.

This guide to traditions and festivals in Trapani is protected by the copyright law. You can re-publish this content with mandatory attribution: direct and active hyperlink to www.orangesmile.com.
Trapani - guide chapters 1 2 3 4 5 6 7 8 9

Cathedrals and basilicas near Trapani
♥   Basilica Maria SS. Annunziata, Trapani, 0.7 km from the center. On the map

Survived castles around Trapani
♥   Castle 'Castello di Terra' Trapani, 1.8 km from the center. On the map

Colors of Trapani in photos

Traditions and festivals in cities around Trapani

Cityguide on traditions, mentality and lifestyle of people in Trapani. Learn the best periods to visit Trapani to discover its soul - authentic festivals, events and celebrations. We will also reveal the interesting habits, attitude towards the world and to tourists in Trapani.