Detailed hi-res maps of Braunschweig for download or print 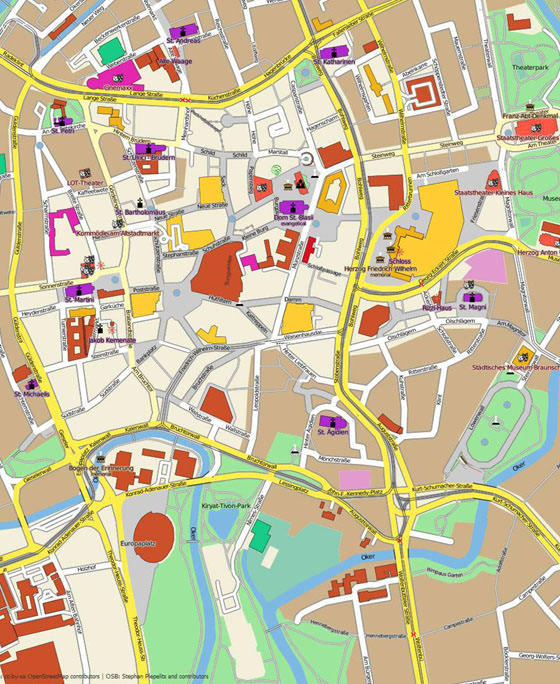 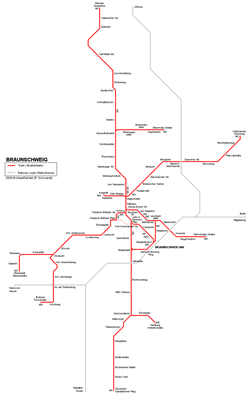 The basis of Germany's modern economy is engineering. About 42% of the world printing equipment is produced in Germany. Also, 32% of the total market is occupied by German machines for the textile and metallurgical industries, 31% belongs to an equipment for plastic processing, and 22% is for turbines. More than one million people are engaged in electrical engineering while its quality is considered the world's leading. In Munich, the production of Siemens is concentrated. Its annual income is about 110 million dollars. In Stuttgart, the production assets of Robert Bosch company are set, which bring a profit of about 55 million dollars a year. … Open

Search for services, infrastructure and sights on map of Braunschweig

Our guide chapters over Braunschweig

Traditions and mentality of Braunschweig

Braunschweig cuisine is characterized by the variety of meat products. Especially popular are Kochwurst sausages, a distinctive feature of which is pre-cooked ingredients, Bregenwurst, sausages with pepper and onions, and Kalwurst traditionally prepared from pork lungs. And it is named so because of Kale or leaf cabbage serving as a garnish. Wedding Soup is something the region is proud of, each town has its own … Open

Anton Ulrich museum is one of most amazing places of culture. It is named after its founder – the noble Herzog who founded his private museum in 1754. Herzog had a well-known collection of armory and pieces of art. First 100 years after the foundation of the museum the collection was displayed only for a narrow group of people. The official opening of the museum took place only in 1865. Nowadays the museum … Open

Braunschweig for children - what to visit

There are many beautiful parks in Braunschweig, which are also perfect for families. Kloster Riddagshausen is considered the most popular among locals and visitors. During a walk in this park, one can admire the majestic trees and watch the deer which are absolutely not afraid of people, and also listen to the singing of birds. There are many convenient paths in the park, along which you can walk or ride a bike. … Open

In the very heart of the city is the most popular Gortz outlet, which will also please with a variety of goods and affordable prices. Excellent brand bags are found here at a price of 8 euros, and for 40 euros you can purchase great winter real fur boots. Rossmann is one of the most unusual shops in the city. It is difficult to determine which category it belongs to since they sell beautiful garden furniture, … Open

In the heart of the city, near the cathedral, there is a historic building of Best Western Hotel StadtPalais. Each guest can feel like a VIP, as its rooms are decorated in the aristocratic style and feature many antiques. Huge king-size beds dressed with satin linen sheets, carpeting of noble color, the marble bathroom and leather furniture - these are the main attributes of the available interiors. The upscale … Open