Detailed hi-res maps of Celle for download or print 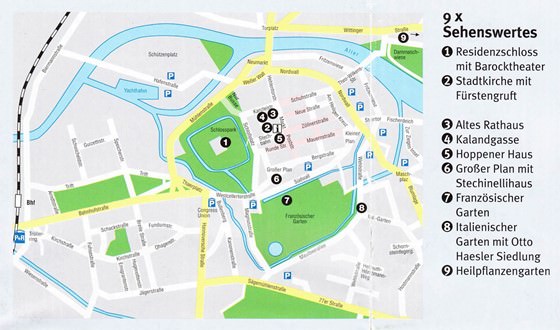 Search for services, infrastructure and sights on map of Celle

Our guide chapters over Celle

9. In public places you need to be very polite and attentive. If there is a queue in a bank or at a store, don’t try to avoid a long wait, as it is simply not accepted here. Greet all those present politely and wait patiently for your turn. 8. Going for a walk, foreign visitors are advised to take a photocopy of the passport and visa. Their presence makes it easy to resolve any misunderstandings; young … Open

In the city, there is a very interesting Art Museum that will impress even those who have never loved painting. The museum occupies the spectacular historical building. It houses paintings and sculptures created by modern German artists. This museum is located in the same building where the Bomann-Museum is but, in contrast, it is open 24/7. Many experienced tourists come here at night to admire beautiful artistic … Open

Traditions and mentality of Celle

After many months of training, stallions are ready for a variety of tests; ceremonial parades with them are truly unforgettable. The main event is the Horse parade passing through the main streets of the town. Stallions in a festive trappings march through the streets along with the beautiful wagons and boats. A lot of attention is paid to prepare for the holiday. In addition to originally decorated harnesses and … Open

The stylish and modern restaurant Martas is sure to please those who appreciate beer. In addition to the vast selection of national food, the most popular local beers are served here. Attentive and unobtrusive service is among other advantages of the restaurant. Absolutely everyone will feel welcome at the Martas restaurant. The Historischer Ratskeller restaurant is considered one of the most romantic places in … Open

The most important attraction is the Herzog Palace (Herzogschloss); its construction has begun in the 13th century. During many years, the castle was rebuilt several times and changed its designation. In the 14th century it has served as the residence of the prince and in the second half of the 18th century Danish Queen Caroline Mathilde has lived within its walls. Today the castle is of great cultural value. Its … Open

This city will surely become your temporary residence, as you will need some time to explore its unique surroundings. Even nowadays the duke's palace impresses visitors by luxury, grand scale and grandeur. Besides this sight the tourists are attracted by the local church. Two times a day a trumpet melody is played on the white tower of the church. You will also see the ruins of the synagogue built in … Open