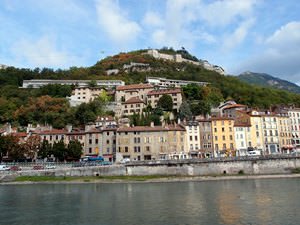 France is considered one of the largest countries in modern Europe. The territory from the north side is washed by the Atlantic Ocean and from the South by the Mediterranean. In general, it is these factors that form the climatic conditions in the country. The French climate can be called moderate and in the southern regions, the subtropical one prevails. Winter here is quite soft and warm, with high humidity. For most part of the year, strong western winds blow here, especially near the Atlantic. But then again in mountain regions in contrast, it is very cold and snowy in winter. The center of the country has continental climate prevailing. In spring, the weather in the country is quite volatile. The air temperature gradually increases, beginning from the month of March. By the middle of April, it already reaches an index of 12°C. At the same time, it often rains practically throughout the entire territory. By the end of April however, sunny days are much longer, although prolonged rains still remains a common occurrence. Already in May, the average temperature on the Mediterranean coast is 26°C. Precipitation rarely falls during this period.
When and where to 'hang out' in France - festivals and celebrations
France is not a deeply religious country; almost half of its inhabitants do not belong to any religion. However Christmas is celebrated in its cities …
Read further
With the onset of summer, the weather in France stabilizes. Practically across the whole country, the temperature rises to 28-30°C. Water in the Mediterranean warms up to 24°C. In the north, it is a little cooler, but the rains are already much rarer. July is considered to be the hottest and sunniest month of the year. Out of 31 days, about 28 are sunny. During the day, the temperature rarely drops below 30°C although at night, the air temperature drops significantly. The weather is warm and calm in August. It is worth noting that sultry days are quite few at the end of the month, and the temperature becomes most comfortable. Water in the Mediterranean Sea gradually cools down, and the last days of August are characterized by yet another wave of prolonged rains. With the arrival of autumn, the air temperature gradually decreases, cool winds appear, and throughout the territory there are cold rains. Already by the end of the first autumn month, the temperature rarely reaches 20°C. In October, the weather is even colder. The end of the month is associated with the beginning of a protracted rainy season.
As November commences, the average temperature stays at not more than 7°C. Despite the fact that December is the first winter month, it is very difficult to refer to it as snowy or cold. The weather in France remains the same, damp and humid, and instead of snow it drizzles. To top it off, strong northern wind begins to blow and the air temperature drops to 3°C. In the northern regions, snow begins to fall. January is considered the rainiest month of the year. Humidity in this period reaches the highest level. The air temperature in most part of the country ranges from 0 to 2°C, although the temperature on the Mediterranean coast reaches 10°C. February is the coldest month in France, characterized by frequent flurries, snow, and small frosts. Copyright www.orangesmile.com

Top periods for vacation in France 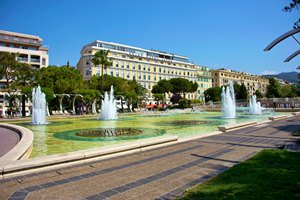 In France, the climate is quite favorable, so you can travel here at any time of the year. The main factor is the purpose of your visit to this romantic country, and financial opportunities. The highest tourist season occurs in the height of summer, and is observed from the end of July to the beginning of August. Although, in general, the beach season lasts until mid-September and the autumn season is characterized by a reasonable influx of tourists. Also, it is worth noting that a huge tourist rush is observed in the winter period. The country is visited by fans of mountain skiing. This usually begins from the middle of December and lasts until February. Also, a large percentage of travelers prefer to join in on the New Year and Christmas holidays in France. The least number of tourists in France is witnessed during the off-season. However, you can come to Paris at any time of the year; even when it rains to no end for days and the cold winds are relentless.
The soul of France - religions and languages
The official language in France is French. This clause is even included in the Constitution of the Country. It should be noted that the Constitution …
Read further
If you want to visit France with the aim of sightseeing, it is best to come during the summer, late spring, or early autumn. At these times, the weather is most comfortable for long walks, and there are practically no rainy days. If you really like beach holidays, then paying a visit to the French Riviera or the Atlantic coast is best from July to September. During this period, the water temperature reaches 25 degrees Celsius. There is no autumn season on the Atlantic. However, on the Mediterranean in particularly hot years, it is during the warm autumn days that more tourists come. Exhausting heat disappears, and the water temperature remains high. Tourists usually come to France from the end of November, for the sake of winter entertainment. In the Alps, there is a full house up to the beginning of April, but on the slopes of the Pyrenees Mountains there are usually much fewer tourists. If you want to experience the most colorful Catholic holidays, it is worthwhile to visit France during the period when these holiday dates coincide. The centers of pilgrimage are La-Salett, Lisieux, and Rocamadour. 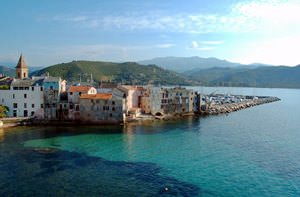 Another highlight of France is Disneyland. This is an Amusement Park that operates all year round. During summer, the Park closes at 11pm, and in other seasons it closes at 7pm. Therefore if you want to enjoy more time in the magic world of this Park, you should arrange your vacation to fall in summer. If you want to avoid the queues, then it is best to come to Disneyland in late spring. Many people come to France for a shopping tour. Great sales are conducted in mid-July and immediately after Christmas. If you are a connoisseur of sparkling drinks, you should visit one of the wine provinces at the end of September. There is also in Bordeaux, a four-day wine festival which takes place at the end of June. In each wine province on the third Thursday of November, there are celebrations marking the collection of a new harvest. You can even become more familiar with the French flavor by attending some of the National festivals. You can arrive on July 14th – on the Day of the Bastille, August 15th – at the Assumption of the Virgin, or on March 8th which is the International Women’s Day. Also, do not forget that France hosts the Cannes Festival, the Puppet Festival in September, the Day of Grandmothers in March, and the Day of Chestnut in October.

1. You can zoom in to France using the '+' button, or check temperatures around the globe by the '-' button.
2. Besides this, you can grab the map by your mouse button and move it to see the temperature in other regions.

Sightseeing of France in photostream

Paris
3. Local markets are simply the best destination for buying food. The prices here are much lower and the quality and the selection of goods simply cannot be compared even with large chains of supermarkets. 4. Guests are recommended to buy the so called "city card", which gives you the right for a reduced fare on public transport. Cardholders can also get some discounts on visiting some cultural attractions. 5. Any sale of alcoholic beverages is prohibited after 22:00 in large shopping … Read more

Nice
3. When you visit a restaurant, a bar or a night club, you should be very attentive to the choice of clothing. Provocative and revealing outfits are not recommended. 4. You should not sit at the first free table you see in a restaurant as it can be already booked. A waiter indicates free sets to guests. 5. Make sure you watch your belongings carefully in the crowded places. Despite the fact that the crime level in Nice is one of the lowest in the country, many citizens and guests of … Read more

Cannes
3. Local people are usually very fond of their native language and are reluctant to communicate in other languages, even if they speak them fluently. Holidaymakers are recommended to take a French phrase book with them and learn how to say a few phrases in the local language. This will help to establish communication with locals and show respect for their culture. 4. The daily schedule of local people is displaced to evening, and so many government offices, restaurants and shopping centers … Read more

Lyon
3. One type of ticket is used for all modes of public transport; the ticket price for a single trip is 1.5 euros. Travelers, who expect to use services of public transport actively, are recommended to buy travel cards. They can be designed for a day or a week; when buying a ticket for 10 trips you can reckon on a good discount. 4. Late in the evening the only available mode of transport is taxi. It has to be called by phone or taken on special parking. The most competitive rates are offered … Read more

Toulouse
3. Shoppers should be aware that many urban markets and fairs are working exclusively on weekends. Visit them in the first half of the day, since the working day of local merchants ends early. On the contrary, it’s better to visit shopping centers during a week. 4. Those who would like to bring a lot of beautiful photos from a trip are advised to go on an excursion in the early morning or at sunset. The fact is that many old buildings in Toulouse are made of special pink brick, which looks … Read more

Marseille
3. Many museums and landmarks, though being free for visiting, may change the working schedule according to the season. Before setting off to the next tour one should specify the working schedule of an establishment for visit in advance. This can be made as in tourist information center so directly in the hotel. 4. Local cafés and restaurant welcome tipping. The tips should be about 5 – 10% of the total sum of the bill. In some upscale establishments service charge is included into the … Read more

Strasbourg
3. July and August are the hottest months of the year; the average daily temperature during this period is about +25 °C. Many tourists visit Strasbourg in summer, also the high tourist season is during Christmas holidays. 4. The central part of the city is almost completely closed to vehicles; a popular mode of transport is bike. The most popular bike rentals among holidaymakers are near the train station and on the rue des Bouchers. The cost of renting two-wheeler is 7 to 10 euros per day. … Read more

Nantes
3. The guests of the city are recommended to set off to the Rue Crebillon district as this is exactly the place of concentration of shopping centers and elite boutiques. At the end of the season all local shops and boutiques offer grand sales. 4. Prudent tourists are advised to opt for markets to buy some foods. The most popular market place is the Talensac which features considerably lower prices than supermarkets and stores do. The main peculiar trait of the local markets is a rich … Read more

Map of popular regions of France