Sightseeing in Versailles - what to see. Complete travel guide 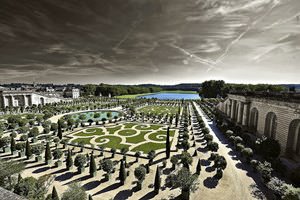 French city Versailles is very popular among tourists from all over the world. Each year it is visited by numerous travellers, overcoming many capitals of different countries. The city looks more like an elegant palace, surrounded by parks and green valleys. Large number of historical and architectural sights makes this place one of the most valuable historical and cultural centers of the world.
Best hotel choice for romantic escape, wedding or honeymoon in Versailles
Mercure Versailles Chateau stands out among the most romantic and elegant Versailles hotels. Its spacious rooms in coffee shades are ideally suited for a serene stay together, being equipped …

Open
Palace of Versailles is the main sight and the first association people name when asked about this place. It was built in the 12th century and nowadays it is considered the architectural model among the palaces of that period. Initially this palace belonged to Louis XIII. Later the house was expanded and turned into a luxurious palace with rich decorations and spacious halls. Art experts immediately recognize unforgettable elements of classicism that are laconically coincided with the elements of baroque.
The main park of Versailles has become the most popular place for pedestrian walks. The square of the park exceeds 6,000 hectares. It is also decorated with various sculptures, swimming pools, and fountains. The noblest people of France once walked on the roads of this park. Copyright www.orangesmile.com
Shopping in Versailles - main shopping streets, outlets and boutiques
Versailles is attractive both with its classical shopping centers and grocery stores where you can get diverse delicacies. One of the most popular and attractive stores in the city is …

Open
The crossing of three main streets of Versailles is the location of the statue of Louis XIV. The statue was installed around 150 years ago. Nearby the palace starts the main valley of the town. If you take a walk along it, you can reach the Grand Canal. Here are located a series of sights, among which are the palaces Le Grand Trianon and Le Petit Trianon, and also a cozy village named after Maria Antoinette. This settlement still keeps an ancient windmill, houses and a milk farm. There is also a historic-architectural complex that will tell you about the history of the town and the whole country. The galleries and halls of this complex exhibit various collections of historical artifacts. 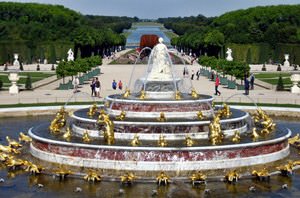 Among the cultural institutions of Versailles, the Museum of the History of France deserves top priority. It is located in the Palace of Versailles. The history of the creation of this museum is very interesting. Its founder is King Louis Philippe. He refused to live in the Palace of Versailles and decided to open a museum in one of his luxurious rooms, which would become a symbol of national reconciliation. For the museum, one of the luxury apartments was redone. The best European architects worked on the design of the hall. Today the museum presents more than 5.5 thousand unique historical artifacts, among which are many priceless works of art.
Cuisine of Versailles for gourmet with top restaurants and cafe
Versailles has become internationally famous for its grandiose architecture and mesmerizing balls and other royal events that keep inspiring writers and filmmakers even centuries later. …

Open
The most interesting historical site is the Domaine of Madame Elisabeth, located not far from the city center. In the 12th century, the Montreuil family estate was in its place, and in 1375 a castle was built instead of it, which was subsequently under royal control for many years. For hundreds of years, this beautiful castle has been replaced by many owners, and today it belongs to state institutions. This castle is surrounded by a lush garden, in which one can admire the ancient trees while walking along it. 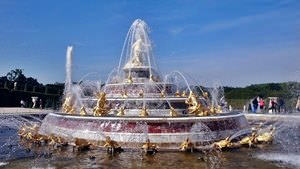 Fans of theatrical art in Versailles should definitely visit the Theater Montansier. It was founded in the 18th century on the initiative of the famous actress Madame Montpensier. Since opening, this beautiful theater has amazed people with its stylish decoration. Its decoration was attended to by the best sculptors and artists of Italy. The last major reconstruction of the theater took place in 1992. A significant part of wall paintings and stucco, as well as unique elements of decoration, managed to be restored.
Authentic traditions, festivals and lifestyle of Versailles inhabitants
When people hear of Versailles, they immediately think of the palace that has become internationally acclaimed as the residence of Louis XIV and as a UNESCO-protected architectural …

Open
Fans of natural attractions will like the Chevrolet Arboretum located in the city. It covers an area of ​​more than 200 hectares. In this arboretum, there are about 2,700 species of bushes and plants that were brought from different corners of the world. In addition, several greenhouses with exotic plants are set on the territory of the arboretum, so it will be interesting to visit it even in winter. This amazing natural park was founded in the first half of the 20th century. Here was the Museum of Natural History. Now, this amazing park is visited by more than 17 000 tourists from all over the world. Versailles will pleasantly surprise visitors with the variety of not only historical, but also natural attractions.

This guide to iconic landmarks and sights of Versailles is protected by the copyright law. You can re-publish this content with mandatory attribution: direct and active hyperlink to www.orangesmile.com.
Versailles - guide chapters 1 2 3 4 5 6 7 8 9 10

National and city parks around Versailles
♥   Regional Nature Park 'Haute vallée de Chevreuse' , 12 km from the center. On the map

Art galleries in Versailles and around
♥   Art museum 'National Archaeological Museum' Saint-Germain-en-Laye, 11.2 km from the center. On the map

Sights around Versailles from our guide 'Extreme places on Earth' 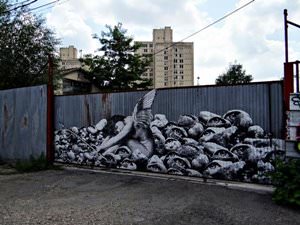 Distance from Versailles center - 23.5 km.
During the existence of the secret laboratory, the high level of cancer cases was observed in the vicinity of Fort d'Aubervilliers. That remained unclear to doctors for many years. After the cause was identified, the development of the area stopped for several decades. New houses are no longer built there. Opening of an equestrian center and velodrome, as well as a number of other elements of the infrastructure was discarded. Years of cleaning operations were fruitful. In the coming years, the construction of new apartment buildings is planned on its territory. The old fort is not empty too. Today the local police station is situated there. … Read further 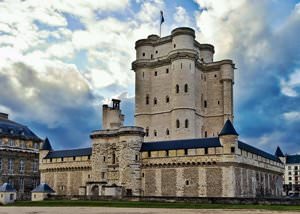 Distance from Versailles center - 22.5 km.
The castle is open for excursions all year round. You can see the former royal chambers, see the inside of the unusual tower, and also look into the Holy Chapel during excursions. The chapel also has an incredible design. It lost its unique stained glass windows during the Second World War. But modern masters managed to recreate them in exact accordance with the original. A plot of the ancient forest has been preserved near the castle. Such a forest completely hid the building from prying eyes in the past. … Read further 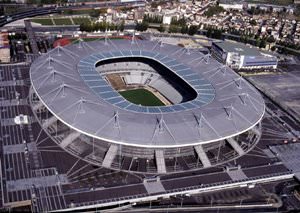 Distance from Versailles center - 21.6 km.
Stade de France also has its own museum devoted to the history of Tadion construction and the most important events of the 1998 World Cup. On days of the sporting events, as well as one day before and one day afterwards, no excursions are carried out. The construction of the stadium has contributed to the development of the escort infrastructure. Today, there are excellent hotels, restaurants and shops next to the stadium. … Read further 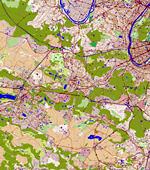 Search touristic sites on the map of Versailles

Sightseeing in regions nearby Versailles

Paris
The Royal Palace. The Royal Palace (Palais Royal) is located opposite to the northern wing of the Louvre. The palace was built in 1632 by order of Cardinal Richelieu. During the Paris Commune of 1871 the palace was set on fire. The restoration works were started in 1875. After this the palace has become home to the State Council, the Constitutional Council and the Ministry ... Open »
Le Bourget
The internationally famous airport Le Bourget has been named to honor this commune. Today this is the location of one of the largest museums devoted to cosmonautics and aviation in the world. The collection of the museum contains approximately 20 thousands of exhibits including over 180 flying machines that picture the development of aviation and its history. Here you can find ... Open »
Disneyland Paris
For convenience the park is divided into 5 zones. Main Street U.S.A is designed like an American boulevard of the beginning of the 20th century. On this street you will find several souvenir shops, restaurants and even a hairdresser's. Main Street U.S.A has become the place of conducting grandiose parades that take place here several times a day. The most picturesque parade is ... Open »
Chartres
Not only outer walls feature interesting mosaic. Inner walls, ceilings, floors, the garden, and inner yard – all of them are covered with identical mosaic pieces. To create this absolutely stunning architectural masterpiece, the artist used almost fifteen tons of such materials as ceramics, glass, plates, etc. All pieces form intricate patterns and are not just inserted ... Open »
Rouen
Botanical Garden is the most beautiful place in Rouen. This is a huge complex with numerous different sections and greenhouses. Here you can see a rose garden, rock gardens, and a rich collection of fuchsias and taxa. The total number of plants is slightly less than six thousand, and it’s really hard to find such a large choice of items and bright colors in any other ... Open »
Amiens
The history of Amiens dates back to the time when the Ambiani people settled this territory. This was one of the principal tribes of Gaul that liked the beauty of this area. In a short period of time, new dwellers built their camps near the bank of a river. This was just the beginning. The territory of modern Amiens attracted many invaders, so there were many fights for this ... Open »

All about Versailles, France - sightseeings, attractions, touristic spots, architecture, history, culture and cuisine. Prepare your trip together with OrangeSmile.com - find out the 'must see' things in Versailles, which places to visit, which excursions to take, where the breathtaking views are waiting for you. Planning your trip with this travel guide will help your to get the most out of Versailles in few days.