Fun and festivities in France - celebrations, festivals and cultural events 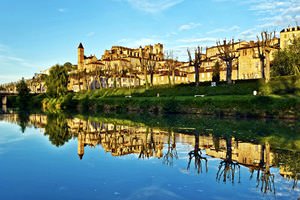 France is not a deeply religious country; almost half of its inhabitants do not belong to any religion. However Christmas is celebrated in its cities on a special scale. This day becomes a symbol of miracle. The streets are lit up with a huge number of flashing garlands and ornaments, luxurious fir trees decorated with glass toys are mounted in the squares. Children put boots and shoes under the tree in the house, in them on Christmas night should put gifts by Peer Noel, getting inside through the chimney. Christmas dinner is called "reway", its menu is strictly regulated, and recipes are passed on from generation to generation. At the Christmas table there must be a bird, most often goose, pates, salads and a special dessert - a pie in the form of logs.
National cuisine of France - specialties, recipes and restaurants
French cuisine is the standard of elegant and refined cuisine. It is widely appreciated by gourmets all over the world. Famous frog legs, cream-brulee …
Read further
Another important French holiday is the Bastille Day, which the French celebrate on July 14 each year. The holiday was established in 1880 and is a symbol of the overthrow of the absolute monarchy in the country, which occurred back in the late 18th century. The French were the first in Europe to abandon absolutism, the capture of the Bastille - fortress-prison, the destruction of which became a symbol of freedom. This holiday is the main national celebration and is widely celebrated throughout the country. In the center of Paris in the park Tuileries, balls are held while on the Champs Elysees, a solemn military parade is held. The holiday ends with a traditional pyrotechnic show and fireworks. The Day of Taking the Bastille is also celebrated in other cities around the world - in Düsseldorf at this time is the French holiday.
Also great celebrations take place on Easter; this holiday is one of the most important Christian holidays in the country. The main service takes place in the most famous French church - the Notre Dame Cathedral. On May 8, the French celebrate the day of liberation from fascism; the feast was established on the day of the complete surrender of fascist Germany. France took an active part in the battles. For a long time, it was in occupation, and therefore for locals is a special holiday and a day of remembrance of the victims of the war. On November 11 at 11 o'clock in the country a minute of silence begins in memory of the victims of the First World War. On this day they remember those who died on the battlefields. On May 30 is celebrated the Day of Saint Joan of Arc, which became a symbol of the resistance and independence of France. Copyright www.orangesmile.com
National traditions and mentality of people in France
The French have long been fashion legislators in a wide variety of industries. French culture was an example and a model for imitation. Around the …
Read further
In March a very kind and family holiday is celebrated in France - Grandmother's Day. On this day, all women, older than 55 years, dress up, leave their household chores and worries, and go to celebrate their holiday. Grandchildren on this day give them gifts and pleasant souvenirs. The National Day of Grandmothers is celebrated on the first Sunday of March. In Halloween, locals decorate their homes with pumpkins, and dress themselves up like ghosts and witches. The streets of cities mostly resemble a fairy tale. In this time, traveling in France is particularly interesting. On the day after Halloween, November 1, the All Saints Day, the French go to the cemeteries, where they visit the graves of their relatives and friends. 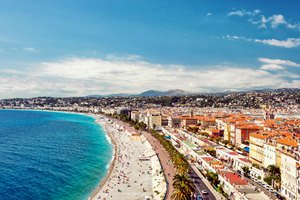 In France, every year there is a huge number of festivals. June 21, Music Day, is a day off throughout the country. On this day on the streets and squares are established scenes and venues, where musical groups and performers of different ranks perform: from beginners to real legends of the French stage. Great attention is paid in France to classical and ancient music. In Ambron, in abbey built in the 11th century, there is a festival of baroque music annually. In the city of La Cote-Saint-Andre every year, there is a festival of Hector Berlioz, the famous French composer and music writer.
France cultural sights. What to see?
France is the most popular and visited country, and Paris the most toured city in the world. This is not surprising because the country has an …
Read further
France is the capital of film festivals, the most famous ones are held on the Cote d'Azur. The Cannes Film Festival is annually held in the Palace of Festivals and Congresses in Cannes and is one of the most prestigious in the world. The main prize of the festival is the famous golden palm branch, which is awarded by a special jury consisting of professionals in the film industry. The festival is widely covered by the press, the most famous actors of the world gather on its red carpet. In Nantes, the Festival of Three Continents takes place, in which films from Asia, Latin America and Africa are shown. In Clermont-Ferrand, the most prestigious short film festival takes place every year. 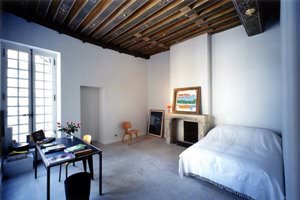 One of the most exciting duos contemporary designers and architects is the family Doriana and Massimiliano Fuksas. The couple has been together for more than 35 years. They never cease to amaze the world community with their bold projects. Their apartment is located on the Place des Vosges in Paris. It is also considered a real work of design art. It is located in a beautiful historical building. It has managed to preserve its unique architecture over the years.

Light shades prevail in the rooms. The walls are simply whitewashed in many of them. They are devoid of any additional decorative elements. Natural materials were mainly used in interior design. There is a beautiful wooden ceiling in the rooms. It is reminiscent of medieval traditions. The married couple used exclusive furniture … Read all 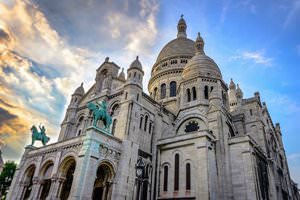 Guests of Paris can see the Sacre Coeur Basilica. It is also an interesting example of the Byzantine style in architecture. Its construction began in 1875. It lasted until 1914. The building is striking in its scale. The height of the bell tower of the church is 94 meters. It is not surprising that it is in this basilica that you can see the largest bell in the French capital. It is called "Savoyarde". The basilica is located at the top of Montmartre hill. It is the highest point in the city.

Visitors to the ancient church will have the opportunity to admire the artful stained glass windows and mosaics. Various biblical motifs are depicted on it. A large park surrounds the religious building. Many comfortable recreation areas are equipped here. There are also viewing platforms here. A … Read all
All unique sightseeing France

Attractions and entertainment in top cities of France

Paris
Nightclub La Chapelle des Lombards also offers to its guests to listen to the music of most progressive trends. The club often hosts salsa parties, on which experienced dancers offer salsa lessons for beginners. Tango fans will surely enjoy the special party, which usually takes place on Saturdays. A great selection of cocktails at the club’s local bar will become a nice addition to your wonderful rest in this amazing club. The location of Le Batofar club is quite unusual – the club is made … Read more

Aix-en-Provence
If you happen to visit Aix-en-Provence in late spring, don’t miss an opportunity to visit Parc des Collines de Cuques. This park looks incredibly beautiful in spring when dozens of species of different blooming trees and bushes decorate the area. The 2.5-hectare-large park was established in 1976. Rare types of pines and oleander, as well as multiple rosemary shrubs, form the look of this park. Although Parc des Collines de Cuques is not big, there are comfortable picnic areas with tables … Read more

Arles
If you like horses, do not miss an opportunity to visit the Domaine de Méjanes en Camargue center which is located in one of the city’s neighborhoods. This equestrian center breeds rare species of horses. In recent years, the center turned into a popular recreation spot for tourists and residents of Arles. When the weather permits, visitors are allowed to take care of the animals, ride horses, and try other interesting activities. Visitors can also make an excursion on a small train that … Read more

Annecy
The main public park in Annecy has an interesting and romantic landmark. Young people and romantic couples enjoy visiting Pont des Amours. There are many rituals and traditions associated with this footbridge. It is built above one of the city canals. Local people believe that if lovers kiss each other while standing on this bridge, they will be together for the rest of their lives. There is a mooring station near the bridge where everyone can rent a boat and enjoy a memorable ride in the … Read more

Nice
Nine will surely please those tourists, who enjoy shopping. Rue de France is the main shopping street of the city. Here you will find numerous fashion boutiques and souvenir shops. One should certainly visit the shops located in New Gallery (Nouvelle Galleries). This is the largest department store of the city, in which you can buy simply anything. Carrefour supermarkets are the best place to buy food. Here you can buy fresh products, exotic fruits and delicacies. Cours Saleya should be … Read more

Cannes
The famous Côte d'Azur resort can be truly proud of the number and quality of night clubs, discos and bars. Bar des Stars is very popular with holidaymakers. It attracts visitors not only by a rich choice of signature drinks and dishes, but also by nice and friendly atmosphere. The luxurious bar is a great place to have fun with your friends. Interesting theme parties for guests of the bar are arranged there almost every day. Le Cat-Corner nightclub is famous for its fiery parties. … Read more

Lourdes
Do you want a measured vacation? Then welcome to the Lourdes Pyrenees Golf Club. It is located near the lake. Experienced instructors will help beginners learn the basic techniques of blows. Professionals will be able to improve their skills. Lourdes is surrounded by forests, fields, rivers, and lakes. They are part of the Pyrenees National Park. Everyone who is at least a little interested in trekking or just loves beautiful views should go to the reserve. There are several dozen routes … Read more

Lyon
Travelers wishing to spend a holiday with health benefits are recommended to visit Institut de Beaute Nature et Sens Health Center. It offers its customers a wide range of beauty and body treatments, massages and aromatherapy. The center also has a swimming pool and sauna. An attractive cafe with great choice of treats will make the stay even more enjoyable. Among spas Nomad et Sens points out. It delights visitors with a wide range of treatment rooms and special fitness programs. Lyon will … Read more

Map of fun in France