Sightseeing in Antibes - what to see. Complete travel guide 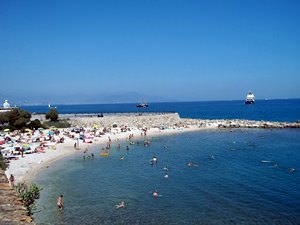 Antibes is a resort located not far away from Nice. This is an old and a beautiful town and a famous beach resort. Antibes combines medieval streets, azure seaside and an ancient fortress. These are also the first associations people name, when asked about this magnificent place.
Excursion over cultural sights of Antibes - 'must visit' points of interest
Museum of Napoleon (Le Musee Napoleon) remains the most famous attraction of Antibes. As it is not hard to guess, the exposition of the museum is devoted to life and work of the great …

Open
The main symbol of Antibes is Fort Carre, which is located in the western side of the city. The fort was built in 1565 and has quite an uncommon shape for buildings of that period as it is made in the form of a four-point star. The fort was additionally strengthened in the 18th century according to the order of Louis XIV, who made this place his main military base. The fort was also chosen as the prison for Napoleon Bonaparte, who stayed here in 1794, waiting for his death penalty.
The so called Old City is the best place to watch numerous ancient buildings and see the most notable sights of Antibes - Chateau Grimaldi and Church of the Immaculate Conception. These building were created in the 12-13th centuries and stayed in almost perfect condition up to our days. The castle was significantly expanded in the 16th century and in 1925 it was decided to turn it into a museum dedicated to the history of the town. There is also one more interesting place in the old city of Antibes. It will be particularly interesting to shoppers as they will find many interesting things there. This place is one of the largest markets in whole France. Copyright www.orangesmile.com
Your active city break in Antibes. Attractions, recreation and entertainment - best places to spend your day and night here
Due to a large choice of nightlife entertainments, various discos and bars Antibes is often called "a resort for youth". Indeed, fans of nighttime entertainments will have a wonderful …

Open
Sure, the first thing that tourists seek in Antibes remains the rest in wonderful beaches. Vast majority of beaches in this town are well-equipped and perfect for different water sports. The coastal zone is also full of bars, restaurants, taverns, and discos. Life here never stops and you will see these places full of tourists either in daytime or at night. Nearby the town there is also a huge entertainment park, where you can try different auctions, attend a botanic garden, or sit in one of several cozy restaurants. Tourists with kids should definitely visit “Marineland” zoo, where they will see dolphin show and get acquainted with underwater creatures. The zoo also has its own aqua park, where kids and adults can participate in different attractions. 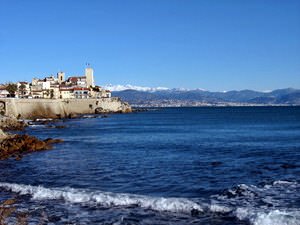 The focus of many famous attractions is the Cap d'Antibes, this is an old lighthouse Group is located, as well as elegant old chapel. Today, it is a kind of museum, which stores very interesting Russian relics brought here during the Crimean War. Sightseeing tour of the Cape always involves a walk through the Thuret garden, which is also historic. It was founded in 1857, the founder of the garden is a famous French botanist and explorer Gustave Thuret. The area of this wonderful garden is about 5 hectares, its territory is represented by more than 3000 plants.
Advices to travellers: what you should know while being in Antibes
1. The locals are very friendly and responsive people. They value good manners and treat tourists with great respect, especially those who are interested in their history and culture. So, …

Open
Those fond of walks to historical places you should definitely check out the Grimaldi Castle, which has always been associated with the work of Pablo Picasso. This castle was built in the 12th century, and the earliest fortifications in its territory were built in the era of the Roman Empire. For hundreds of years the castle was rebuilt many times, and in the early 20th century came to a complete desolation. In 1925 the historic building was bought out by the government, and has been converted into a museum. In 1946, Pablo Picasso visited Antibes, and for a long time could not pick up a suitable premise for work. Then the city authorities offered him to convert a workshop part of and old castle into an art studio. Today, the castle also features the art museum dedicated to the works of Picasso. 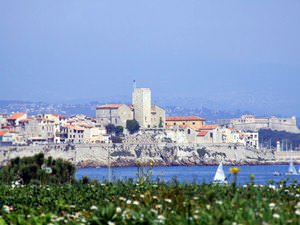 On the coast of Antibes is a preserved part of the medieval fortifications, including the Bastion Saint-André. Today this is a historic building that was built in 1698, transformed into an archaeological museum. This museum was founded in 1928 and originally held a small private collection of finds relating to the Halo-Roman era. The museum was officially opened in 1963 and today visitors can admire its valuable artefacts dating back more than 2500 years ago.
Extraordinary weekend in Antibes - unusual places, services and attractions for travel gourmet
…

Open
Among the religious monuments of Antibes, one of the most popular is the Chapel of San Bernardino; it was built in the 16th century and is a striking monument in neo-Gothic style. It is difficult to find an equally beautiful chapel: its hall is decorated with cunning paintings, stucco’s and colourful stained-glass windows. In this chapel many interesting religious values are stored.

This guide to iconic landmarks and sights of Antibes is protected by the copyright law. You can re-publish this content with mandatory attribution: direct and active hyperlink to www.orangesmile.com.
Antibes - guide chapters 1 2 3 4 5 6 7 8 9 10 11 12 13

City tours, excursions and tickets in Antibes and surroundings

Survived castles around Antibes
♥   Castle 'Château de Antibes' Alpes-Maritimes, 0.5 km from the center. On the map

♥   Castle 'Château de Roquefort' Alpes-Maritimes, 12.6 km from the center. On the map

♥   Castle 'Château de La Napoule' Alpes-Maritimes, 15.5 km from the center. On the map

♥   Castle 'Château de Gourdon' Alpes-Maritimes, 18.9 km from the center. On the map

National and city parks around Antibes
♥   Regional Nature Park 'Préalpes d’Azur' , 24.9 km from the center. On the map

Art galleries in Antibes and around
♥   Art museum 'Musée des Arts Asiatiques' Nice, 12.3 km from the center. On the map

♥   Art museum 'Fondation Maeght' Saint-Paul, Alpes-Maritimes, 13.1 km from the center. On the map

Sights around Antibes from our guide 'Extreme places on Earth' 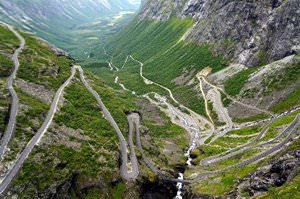 Distance from Antibes center - 49.1 km.
Any fencing is almost completely absent. A small border whose height does not exceed 10 cm separates the steep cliffs from automobiles. Some sections of the road are so narrow that two oncoming cars are hardly able to pass each other. No less a danger to drivers are animals which often run out on the road. In the evening drivers should exercise special care and caution. … Read further 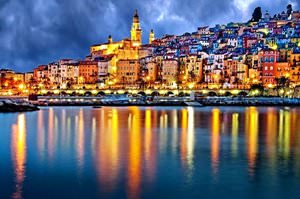 Distance from Antibes center - 37.7 km.
The main historical attraction of the resort town is the Saint-Michel church - a spectacular Baroque monument. In the church has almost completely preserved the original design. Its visitors can enjoy ancient frescoes and mosaics. Many travelers to the city are attracted not only by unique historical sites, but also by the opportunity to be photographed against the background of colorful houses. The best time to visit the resort town is the end of February. At this time, the most significant cultural event, a Festival of lemons, starts in Menton. … Read further

Search touristic sites on the map of Antibes

Sightseeing in regions nearby Antibes

Cannes
Cannes is an international cinema center and one of the most luxurious resorts. The city is able to accept visitors all year long as during the majority of days the weather here is sunny, beaches lure by clean gold sand, and amazing sights never stop amazing travellers. The Promenade de la Croisette is one of the most famous sights of Cannes. Once it has been a simple cart ... Open »
Nice
Old Town (Vieux Nice). The old Nice is located at the foot of the hill, on which you will find Le Chateau Castle . The old city quarter is limited by the hill in the east, and in the west of the quarter is separated from the New Town by the Le Paillon River. Taking into account the geographical location of the quarter, it becomes clear why this part of the city, founded by ... Open »
Monte Carlo
Monaco is the capital of the Principality of Monaco. It is located on the French Riviera near the Italian border at the foot of the French Maritime Alps. In the south the microstate is washed by the Mediterranean Sea. The Principality of Monaco consists of several merged cities - Monaco (the old city), Monte Carlo (a shopping center and a location of numerous theaters, cinemas, ... Open »
Menton
The biggest parks are located in the Garavan region, which is considered a new one. Here you can find best restaurants and cafes, shopping centers and galleries. Among the cultural institutions we should also highlight the Museum of Fine Arts that exhibits the works of great French artists. A beautiful citrus garden is built around the museum. Making a walk in this garden is a ... Open »
Saint-Tropez
Saint-Tropez is a popular holiday resort situated in the south of France. While mentioning this name the majority of people get an image of a beautiful harbor full of sailing ships of light, elegant yachts, luxury boats rising above houses of movie stars and celebrities. St. Tropez, as well as many other port towns, was originally an obscure fishing village located near Nice. ... Open »
San Remo
Sanremo is a true Italian Riviera, a picturesque city located on the coast of Ligurian Sea, which is widely known as the beloved place of rest for the members of royal families and aristocrats. San Remo is a popular and expensive resort widely famous for its lush colors of tropical parks and gardens, large choice of boutiques, casinos that look like magnificent palaces and ... Open »

All about Antibes, France - sightseeings, attractions, touristic spots, architecture, history, culture and cuisine. Prepare your trip together with OrangeSmile.com - find out the 'must see' things in Antibes, which places to visit, which excursions to take, where the breathtaking views are waiting for you. Planning your trip with this travel guide will help your to get the most out of Antibes in few days.