National traditions of France. Habits, mentality and the way of living The French have long been fashion legislators in a wide variety of industries. French culture was an example and a model for imitation. Around the traditions and mentality of the French, there were a huge number of stereotypes. They are traditionally considered elegant, distinguished and sophisticated, as well as incredibly ambitious patriots. The French are really proud to be French; they are very proud and freedom-loving people. Locals speaks foreign languages poorly not because they are really difficult for them, but because they consider French the main language of international communication. The French are very fond of their language and consider it a national treasure.
Top architectural sights of France
Monuments and architectural objects, notable for the history and culture of the country. …
Read further
The government in France is a system that should provide its citizens with the most comfortable conditions for life. It is the government that serves a person, and not vice versa. The country maintains a high level of security (not counting the regions where migrants from Paris live in large numbers), the streets are always well-groomed, beautiful flowers bloom, and fountains with drinking water are installed. Another important feature of the mentality of the French is that they know how to enjoy life and get maximum pleasure out of it. The process of food intake turns into a complex and fascinating ritual, falling in love can turn into a passionate adventure. The French people pay great attention to manners. Manners are part of a beautiful life.
The French are traditionally brought up in the spirit of love and self-esteem. They put their interests above those of others. They may be somewhat lenient towards representatives of other nationalities - the Belgians have traditionally been considered stupid, Americans - stingy, Slavs - uncultured. France varies greatly depending on the regions. Paris is not just the capital, but a symbol of freedom of the country. The city has a huge number of migrants and people with different nationalities. In the north of the country in Normandy, or in other remote regions, there are more conservative people who adhere to true French values. Copyright www.orangesmile.com
France sightseeing - top places to visit
A country of elegance, timeless traditions and unparalleled atmosphere of sophistication, France never ceases to amaze its visitors. It’s hard to …
Read further
In France, it is customary to respect human rights in all its manifestations. In this country they do not tolerate discrimination on any principle. Women are much emancipated. They do not want to depend on men, and therefore they are as independent as possible. Families of the French start after 30 years. Before this time, they prefer to enjoy life in all its manifestations. The French have a very specific humor, considered particularly intelligent. Locals like to communicate very much. They will gladly make a compliment even to a stranger, and the utterance will be polite and politically correct. Paying attention to skin color, race or religion in France is considered indecent and even offensive. 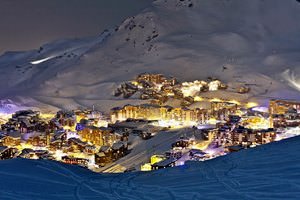 Despite the fact that France was considered the capital of the world's fashion, ordinary French women refer to their own appearance without fanaticism. Girls do not always use make-up or style their hair; they often prefer clothes in the style of "unisex". Even rich people do not dress smartly and luxuriously because, in France it is not customary to show wealth or display their affluence. People are not judged by appearance, and therefore absolutely everyone in France begins to feel really free and liberated. At the same time, the French know how to appreciate quality things; low or high price does not matter to them.
National cuisine of France - specialties, recipes and restaurants
French cuisine is the standard of elegant and refined cuisine. It is widely appreciated by gourmets all over the world. Famous frog legs, cream-brulee …
Read further
It is of fundamental importance for the French to be realized in society. To feel comfortable, they need to constantly share with others their worldview, thoughts and emotions. They do not like to stay at home so, they often go to visit each other. An invitation to lunch means that the guests will wait till 20.00 for dinner with several dishes and wine. The French love everything new and are not afraid to experiment; they are happy to visit unusual exhibitions, go to new restaurants. Another important feature of the national mentality is the love of the land. Many city dwellers abandon their lives in crowded cities and go to small settlements where they can spend the day outside in the open air.

Cathedrals and basilicas in France
♥   Cathédrale Notre-Dame-de-l’Assomption, Ajaccio. On the map

♥   Basilique-Cathédrale Saint-Jean-Baptiste, Perpignan. On the map

Famous sites of France in pictures

Unique traditions in cities of France

Paris
Locals do not treat the Americans the best way possible, so visitors are recommended to learn at least a bit of French before the ride. If residents see a traveler who tries to communicate using their native language, they instantly start respecting this person and are ready to help. It is worth noting that even fluent and excellent British English will cause only a sense of contempt to local residents. In general, natives are very friendly to tourists, but when dealing with travellers the … Read more

Nice
The second half of February is the time for another colorful carnival, which is also known as one of the most popular and oldest festivals. For the first time the holiday was celebrated by local residents far back in 1294, when one of the famous earls decided to have some fun and organized a sumptuous feast. The royal celebration was so magnificent, that it quickly spread over the city. Since then, in the memory of that remarkable event, each year the residents of the city organize a series of … Read more

Cannes
This bright holiday will surely not leave any fan of fireworks and pyrotechnic shows indifferent. The shows take place on the Naopule waterfront literally every night. The event attracts teams from many different countries, and each team tries to surprise guests with its original program. It should be noted that this festival is considered the most important and prestigious event of its kind, so the firework shows that take place during the festival are truly spectacular shows. The first … Read more

Lourdes
Many tourists know that the ability to speak beautifully is valued in France. The people of Lourdes make no exception. Beautiful speech and the ability to solve problems through conversation is an important virtue here. Then more than a good joke can quickly relieve tension in a conflict situation. The French love conflict much more than you might imagine. If you accidentally step on the foot of a Frenchman and don't apologize or decide to listen to music loudly somewhere at midnight, then you … Read more

Lyon
It is particularly interesting to watch the laser show; facades of old buildings and palaces are covered with color images of great beauty and various metamorphoses occur with those buildings. They can be deformed and bizarrely twisted, they change the shape and arrangement of elements in rays of laser illuminators. Such ideas seem amazing. Sometimes, optical and lighting effects are so realistic that it can be very difficult to distinguish illusion from reality. During those four days, no less … Read more

Toulouse
This event is the biggest of its kind, and Toulouse is often called the capital of violets. The main event of the festival is the competition of violets; the victory is the best reward for any florist. The beautiful flower festival will be interesting to absolutely everyone, as lot of entertainment events for all the family and for little ones are held during the holiday. The cultural life of the city is not limited to the Violet Festival only; Toulouse hosts over ten awesome festivals of … Read more

Marseille
Music fans will love Marseille in April and August being the time of holding of the brightest music festivals which are the “Holy Music” and the “Diaspora Music and Culture”. The first festival offers the performances of city music bands meanwhile the second one has turned into international event. October offers an exciting event for tourists and city residents. The Fiesta des Suds is the longest and the most tourist attracting event of Marseille. During the festival the city … Read more

Nantes
He decided to organize short concerts, the duration of which wouldn't exceed 45 minutes, and make tickets as cheap as possible. In a matter of years, the festival has gained immense popularity, and now its program covers as many as five days. Concert venues located in Nantes can no longer ensure the full implementation of the program, so some surrounding cities take part in the festival too. A certain theme is chosen for the festival every year - the event is traditionally dedicated to the … Read more