Religions and languages in France 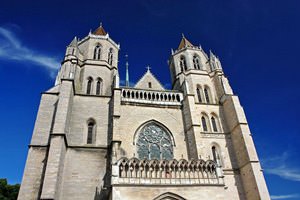 The official language in France is French. This clause is even included in the Constitution of the Country. It should be noted that the Constitution also provides for the need of all officials to communicate exclusively in French. Even all commercial publications, which are published in France, must be written exclusively in French. However, non-commercial texts may well be published in any other language. Please note that the French language is native to almost 90% of the population of France. That is why there is no excessive worry about the single state language. The teaching of regional and state languages ​​in schools is quite a controversial issue. There are many officials who are supporters of the study of regional languages ​​and are known to be zealously fighting this cause.
For active traveler - national parks, landscapes and nature of France
France is rich not only with cultural attractions. On its territory, there are 10 picturesque national parks carefully protected by the state. The …
Read further
However, majority of the people still supports the unity of the French people, even according to the linguistic factor. But it should be noted that since the early nineties, there are several schools in France that study dialects, for example, Basque, Catalan or Corsican in addition to the national French language. In addition to the official language in France, some regions also speak their own peculiar dialects. The most common are the Alsatian dialect, and the Lorraine Franconian language. About 3% of the local population speaks German fluently, less than 2% speak Arabic and its dialects, and about 1% of the population speaks Italian, Spanish, and Portuguese.
On this basis, it can be noted that it is the German language that is the second most common in France. It is mostly spoken in the northern regions of the country. Some churches even hold religious services in German. French is very different from trivial English, German, or Spanish. It should be noted that the local population of France refuses to learn other foreign languages, following the example of the British, who also believe that it is sufficient for them to know only their native language. Speaking about religion, it is worth noting that France is a territory that espouses freedom of religion. In the meantime, the dominant religion in the country is Catholic Christianity. It is also worth noting that France is one of the most non-religious countries among all the states of the European Union. Copyright www.orangesmile.com
Best visiting periods - the climate of France
France is considered one of the largest countries in modern Europe. The territory from the north side is washed by the Atlantic Ocean and from the …
Read further
Last year, according to data, it is recorded that less than 30% of the population of the country believes in the existence of God. More than 35% of the country believes that there is a higher force or energy, whose mind is at times more powerful than the human mind. More than 40% of the population believe that there are no higher forces and consider themselves atheists. Catholicism in France has been recognized as the only religion for thousands of years. With the advent of Charlemagne in France, the Catholic faith became even stronger. It was proclaimed as the only correct direction of Christianity. Already at the end of the 19th century in France there were major changes, and the Country officially proclaimed itself a secular State. In other words, the Government gave freedom of choice of religion. However, over the years, other religious denominations began to develop in France, despite the fact that France is still considered a Catholic state. 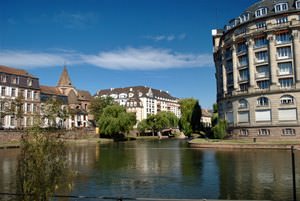 It should be noted that the number of church goers is getting smaller every year in the country. Statistics as of last year show that less than 5% of the local population regularly visits the church, while the rest of the religious French even do not consider it necessary to visit such premises, even on great holidays. Islam originated in the country in the middle of the last century. The fact is that it was during this period that a large number of Muslims were forced to immigrate to France in search of a better life. Although, many Muslims from the Northern part of Africa, for a long time strongly violated their rights. Protestantism in France was virtually destroyed in the 18th century. However, to date, about one million French people profess this faith, and such a declaration of faith in the country is considered one of the largest. Despite the fact that the Jews were persecuted during the Middle Ages in France, Judaism today remains rather popular. The Jewish community is known to comprise of emigrants from Morocco, Tunisia, and Algeria. 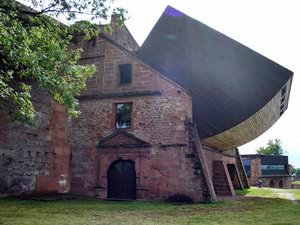 The defensive castle of Lichtenberg was built in the 13th century. It is named after its first owners, the noble Lichtenberg family. The castle was distinguished by a very beautiful and refined design from the moment of construction. Many unique architectural elements were lost in the 17th century. The army of Louis XIV captured the castle at this time. The castle retained its important strategic importance until the 19th century. It gradually fell into disrepair later.

A complete reconstruction took place in the castle only in the 20th century. It was supplemented with new interesting installations in its course. Lichtenberg is a permanent venue for a wide variety of cultural events today. Art exhibitions and theatrical performances are held in the renovated halls. The castle is also … Read all
All unique sightseeing France

Photogallery of iconic places of France

Paris
Paris is famous for its colorful celebrations and folk festivals. Various interesting events take place here on New Year's Eve and Christmas. June 21 is the day of a prominent music holiday - this event is heavily anticipated by music lovers from different countries of the world. All day long the squares of the city are turned into concert venues, on which are performed free concerts. During the festival you can hear the music of different styles, from classical to contemporary electronic music … Read more

Nice
The last day of carnival always coincided with the last Tuesday of February. The locals call this day Mardi Gras, which is literally translated as "Fat Tuesday". The most colorful festivals and tasting festive dishes take place exactly on this day. Many know this holiday by another name - "Pancake Day". Liquid streamers remain one of the main attributes of the carnival. The colorful cans with streamers are sold completely everywhere. Not only children, but also adults have fun and spray each … Read more

Cannes
The first pyrotechnic festival took place in Cannes in 1967. Since then the event has become an annual tradition. The main task of participants of the festival is to make a perfect plan that combines a pyrotechnic program and music. Hundreds of missiles that soar up supported by the sounds of classical and modern music look simply mesmerizing. The shows take place every evening and start at 22:00. Each performance lasts at least 25 minutes. In the last decade of August the jury selects the … Read more

Lourdes
However, the locals are not vindictive at all. You may see the recent altercation participants, who almost got into a fight, talking peacefully over a glass of wine half an hour later in Lourdes. They didn't make peace or apologize to each other. They just forgot about the incident. Local people appreciate the ability to take all pleasures from life - savoir vivre. This is a very multifaceted concept. The French learn its meaning from childhood. The best food, the best clothes, good manners, … Read more

Lyon
Surprises await guests of the festival at every step. For example, figures of exotic animals can be found strolling stately in one of city's malls; theaters and museums are transformed into huge gaming machines; all historical sights are changing their appearance completely. The beautiful and unique festival was first celebrated a century and a half ago; at that time the reason for the event was the end of plague. Naturally, first holidays were significantly different from modern ones. … Read more

Toulouse
The most interesting spring holiday for tourists are Days of Circus; the name of this festival speaks for itself. In summer Toulouse is always visited by many young travelers and fans of progressive music styles. In late June, the music festival called E- siesta starts; it lasts for several weeks. Traditionally, this large-scale music festival is visited by world-famous artists and DJs. The vast part of entertainment events takes place in the open air. After the youth festival another … Read more

Marseille
During the festival the city witnesses various entertaining performances: exciting music shows and grand festive parades, amazing street artists’ performances and the brightest fairs, fantastic theatrical performances and interesting culinary battles. A major part of the folk festival is open air. Almost every street in the city offers concession stands and small open air cafes which are operating all through the festival. Contemporary art connoisseurs will love the Bazar Festival which is … Read more

Nantes
The city's main musical festival takes place in early February, and in November, Nantes hosts the Festival des 3 Continents. It is one of the oldest film festivals in France that has been held annually since 1979. The event is dedicated to the national cinema of Africa, Asia, and Latin America. Over the years of its existence, the program of this festival has also expanded significantly. Within its framework, they award honorary prizes to the best producers and actors and grants for the … Read more

France: traditions in the regions