Sightseeing in Calais - what to see. Complete travel guide 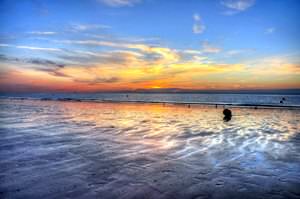 The structure of Calais is quite unusual as canals divide this city into two parts – old and new Calais. The old region is named Calais-Nor. It was severely damaged during war and historical monuments and places of interest were rebuilt almost from ruins. The new region of the city is named Calais-Sud; this is the location of main commercial streets of the city, so tourists who enjoy shopping will definitely like this region. Jacquard and Lafayette boulevards are the location of large trading centers, boutiques and pavilions.
Your active city break in Calais. Attractions, recreation and entertainment - best places to spend your day and night here
First of all, tourists should visit the heart of Calais – Place d'Armes. On this square, visitors can attend charming shops and admire gorgeous historic buildings. Twice a week, …

Open
The old Watch Tower is considered the main sight of the historical part of the city. It was built yet in the medieval period. This is also the only building in the city that managed to survive after World War II. Notre Dame Church located on d’Armes square is definitely a notable building of the religious character. In 1921 here was conducted the wedding ceremony of Charles de Gaulle and Yvonne Vendroux. Art connoisseurs always recognize traits of English gothic style in the shapes of the church. This is very unusual for France.
Museum of Fine Arts located on Richelieu square will get you acquainted with priceless exhibits. You can enjoy panoramic views of the city and see the beauty of its suburbs by visiting observation areas from the local lighthouse that is 51 meters tall. One more beautiful building of Calais is the Town Hall, the building of which was finished in 1926. The height of one of bell towers reaches 60 meters. Your excursion to Museum of World War II will be no less interesting. In this museum you will find out much new information about the history of the city and its tragic destiny. Copyright www.orangesmile.com
Advices to travellers: what you should know while being in Calais
1. French is the official language in the country, but don’t be sad if you don’t know it. Intermediate English is more than enough for a comfortable holiday in Calais. As a rule, …

Open
City beach is definitely the most favorite place of walks among both locals and tourists. However, we should mention that due to climatic conditions of this region water near Calais rarely warms up to comfortable temperature, so there’s a little chance that you’ll be able to swim in the azure waves, but you still can enjoy magnificent looks of the coastal line. 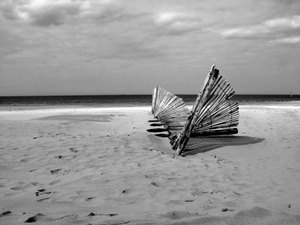 The starting point of many excursion programs around the city is the Place d’Armes, which was once in the heart of the city. It was here that the most significant public events and celebrations were held. Nowadays on the square too, recreational activities are regularly held. Around the square are numerous historic buildings, including a watchtower, whose top is equipped with an excellent viewing platform. It is most interesting to visit the square on Wednesday and Saturday. On these days, interesting fairs are held here.
Shopping in Calais - main shopping streets, outlets and boutiques
Shopping in Calais will bring many unforgettable moments. Premium wine stores have already become one of the main peculiarities of this city. For instance, Calais Wine Superstore offers a …

Open
One of the most magnificent architectural buildings of Calais is the Cathedral of Our Lady which was built in the 13th century. Until the 15th century, the cathedral was continuously reconstructed and supplemented with new elements. So now, it represents an amazing combination of different architectural styles. For hundreds of years, the cathedral managed to preserve a lot of old elements of finishing and decorations, including a magnificent altar of marble, which was installed in 1628. 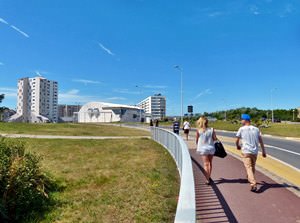 Among the unusual cultural establishments of Calais is the Museum of Lace and Fashion, founded in 1874. Today, the exposition of the museum is made up of samples of beautiful lace, and you can even see sketches of old clothes and also unique machines, which made laces one hundred years ago. Several times a month, the museum conducts interesting master classes, in which participants can learn how to weave laces in various techniques, as well as sewing and drawing.
Family holidays with kids in Calais. How to entertain your child, things to show to children.
Calais is a quiet and calm French town which many travelers with children give preference. There are no large and noisy amusement parks, huge shopping and entertainment centers and nature …

Open
Everyone who is interested in military history, in Calais should visit the Museum of World War II. Its diverse exposition includes samples of the old military uniform and weapons. Also in the museum, an interesting collection of ancient awards and accessories related to the Third Reich is collected. The museum has an extensive adjoining territory, on which samples of military equipment are presented. 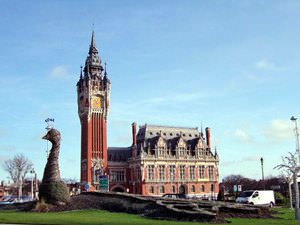 On the coast is another interesting symbol of the city – the old Calais Lighthouse. It was built in 1848 and today is the location of the most popular observation platform in the city. From its top, a wonderful view of the coast and some areas of Calais open. From the observation platform, the lively port area is visible, as though it were in your palms. After visiting the lighthouse, it is worth taking a walk along the port area of ​​Calais, which always boils with life.

This guide to iconic landmarks and sights of Calais is protected by the copyright law. You can re-publish this content with mandatory attribution: direct and active hyperlink to www.orangesmile.com.
Calais - guide chapters 1 2 3 4 5 6 7 8

National and city parks around Calais
♥   Regional Nature Park 'Caps et marais d’Opale' , 23.5 km from the center. On the map

Sights around Calais from our guide 'Extreme places on Earth' 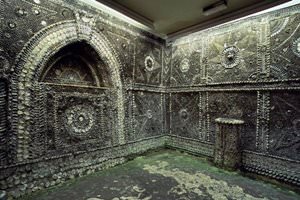 Distance from Calais center - 57.7 km.
At first, the researchers suppose that this Grotto was built in the ancient times and devoted to the ancient gods. Later, there was a theory about the Medieval times. They thought that this place was an asylum for secret cult meetings. The mosaics on the walls can mean a lot and even can uncover some mysterious of this Grotto. Since the time when Shell Grotto was discovered, it was privately owned by Newlove’s family. At a moderate charge everyone can visit this place. With an excursion you can see not only all Grotto’s nooks but also listen to some interesting stories about its discover and researching works. … Read further

Search touristic sites on the map of Calais

Sightseeing in regions nearby Calais

Canterbury
The Church of St Martin is the oldest church in Great Britain. It was erected in the 6th century by the order of Queen Bertha of Kent. At that time, it was a private chapel of the queen. There was a Roman temple on this site before the church. However, when Romans left the region, the queen ordered to transform the temple to her own chapel. The design of the church has many ... Open »
Oostende
St. Peter and Paul Church built in 1905 is the most important religious place of interest of Oostende. The height of the towers estimates 72 meters. On the territory of the church is buried the first queen of Belgium, Louise Marie of Orleans. Not far away from the church is located St. Peter’s Tower, the main decoration of which is the ancient clocks created by masters in ... Open »
De Haan
North Belgian coast hides a little discovered gem, the charming and comfortable resort town of De Haan. Do you like cool water and tender sun? In this case, De Haan is an ideal destination because this is a true paradise for vacations of this type. The swimming season is relatively short in this town compared to other resorts. It starts on June 15 and lasts only two months. ... Open »
Lille
Lille is famous for its museums and historical quarters, the central square named Grand Place and the old building of exchange that once has been a large trading center and the best place to buy quality clothes. Grandiose heritage of Lille is kept in the halls of its museums. The most popular museums of Lille are Museum of Natural History and Geology of Lille famous for its ... Open »
Blankenberge
Blankenberge hosts the largest festival dedicated to sand sculptures. It takes place from June 15 to September 15. It takes one month for skilled masters to create true masterpieces made from sand. Don’t forget to attend this interesting event. You can see how such fragile material as sand is used to make buildings, castles, churches, popular film characters, and famous ... Open »
Kortrijk
While making a walk in the garden, you will see Broel Toren that was built in 14th-15th centuries. The towers from this complex have been once used as protective facilities and today they remind of the glorious military past of this place. Near this architectural complex is located a small museum that will provide guests with very interesting information about the history of ... Open »

All about Calais, France - sightseeings, attractions, touristic spots, architecture, history, culture and cuisine. Prepare your trip together with OrangeSmile.com - find out the 'must see' things in Calais, which places to visit, which excursions to take, where the breathtaking views are waiting for you. Planning your trip with this travel guide will help your to get the most out of Calais in few days.