Sightseeing in Reims - what to see. Complete travel guide 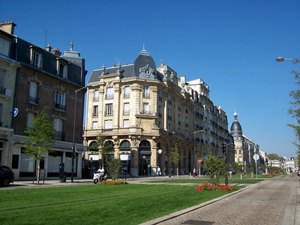 This French town is known as the center of champagne production. The town has hundreds of underground tunnels, in which the sparkling wine is stored. Of course, you will be offered a rich list of wine in every restaurant of the town, the majority of which is champagne. However, apart from trips to restaurants tourists are offered to visit numerous exciting excursions.
Cuisine of Reims for gourmet with top restaurants and cafe
Reims is a scenic French city well known for its upscale restaurants and charming cafes of international standard. The La Table Anna restaurant is the most in demand eating house of the city …

Open
Mars Gates are known as the oldest architectural structure of the town. The height of the gate’s arch estimates 13 meters, and the width - 23 meters. As you might guess from the name, this monument was installed in honor of the Roman god Mars. The monument appeared during the reign of the Roman Empire. Not far away from the gate you can see the ruins of the temple, which is also dedicated to the god of war.
Reims Cathedral is one of the amazing religious buildings. Here took place the coronation ceremony of all French kings. The building was damaged badly by fire in 1914, so its restoration lasted over 5 years. Today the cathedral is widely known as UNESCO World Heritage Site. Copyright www.orangesmile.com
Authentic traditions, festivals and lifestyle of Reims inhabitants
Travelers opting to visit Reims will be interested in learning special features of character of local residents. Knowing the character of people will promote communication and avoid …

Open
Among other old buildings we should definitely mention Basilica of St. Remi, which construction started in the 11th century. It lasted for over 400 years and today is a mix of various architectural styles. Another historical monument, which is currently under protection of UNESCO, is the Palace of Tau, which building took place in 15 - 16 centuries. The suburbs of the town are also very picturesque as here you can see vineyards and take a walk in piedmont regions. 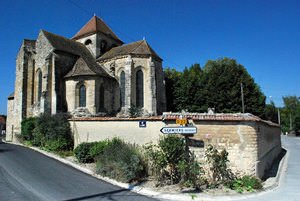 Admirers of painting should definitely visit the Reims Museum of Fine Arts, which was founded in 1794 and was originally located in the Town Hall building. Over the years, the museum's collection has grown hundreds of times. So it was transferred to the building of the old monastery in 1913 which is its current location. The main part of the exposition comprises collections of Renaissance paintings. The whole first floor accommodates works of art of the 20th century. There is also a collection of sculptures, engravings, and antique furniture. The church of Saint-Jacques is a remarkable object. It is the only church in the city that was not destroyed during the years of the revolution. The church was built in the 12th century and has been rebuilt repeatedly over hundreds of years. During the Great French Revolution, stables and barracks were stationed there. In the post-revolutionary period, reconstruction efforts started and are continuing at the present time. They succeeded in restoring a beautiful antique organ, antique stained-glass windows and various elements of decoration.
Excursion over cultural sights of Reims - 'must visit' points of interest
Many tourists identify Reims with the best sparkling wine, as one of the city streets locates old wine cellars, which are on the list of important touristic sights. Many cultural sights of …

Open
An incredibly beautiful architectural monument is the Basilica of St. Remigia. The very first church in its place was built in the 10th century. Nowadays, one can enjoy a luxurious building with columns and arches, erected in the 19th century. The basilica has been recognized as a UNESCO World Heritage Site. It keeps many unique religious values. On the territory of the basilica is the tomb of Saint Remigia. 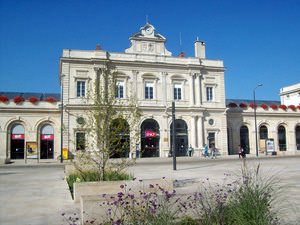 The Vergè Palace Museum is located in a fabulous historical building. Its erection began in the 12th century. In the 16th century they added a new wing, so nowadays the complex of buildings looks rather unusual. In a certain period, a famous French photographer Krafft owned the mansion. Nowadays, the museum holds a collection of old photographs, as well as photographic equipment and personal belongings of the former owner. The halls of the museum have beautiful antique furniture of great value. Visitors can enjoy interesting collections of ancient engravings and paintings. Lovers of vintage cars should definitely visit the Automobile Museum. It is one of the largest in France. In total, the museum has about 200 cars, the earliest of which were produced in the early 20th century. All exhibits are maintained in excellent technical condition.

This guide to iconic landmarks and sights of Reims is protected by the copyright law. You can re-publish this content with mandatory attribution: direct and active hyperlink to www.orangesmile.com.
Reims - guide chapters 1 2 3 4

City tours, excursions and tickets in Reims and surroundings

Survived castles around Reims
♥   Castle 'Château de Vauclair' Charente-Maritime, 32.5 km from the center. On the map

National and city parks around Reims
♥   Regional Nature Park 'Montagne de Reims' , 13.7 km from the center. On the map

Art galleries in Reims and around
♥   Art museum 'Musée des Beaux-Arts' Reims, 0.4 km from the center. On the map 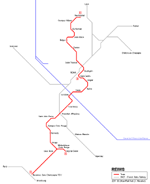 Search touristic sites on the map of Reims

Sightseeing in regions nearby Reims

Disneyland Paris
This is a wonderful town and a park located not far away from Paris. It has been founded not long ago and so today its magic castles, attractions and fairytale characters will definitely not leave indifferent any visitor. Near the park entrance you will see a huge pink castle that is used as a ticket office and it sells tickets for entering Disneyland. Here you can also take a ... Open »
Le Bourget
Le Bourget is the commune of Seine department St. Denis that is located in Bobigny district. This place is approximately 10.6 kilometers away from Paris, or it’s better to say that Le Bourget is located in the north-eastern suburb of Paris. The square of the commune is 2.08 sq. km. and the population of this settlement estimates 12 110 people (the data for 1999). The ... Open »
Dinant
Dinant is a relatively small city situated in the magnificent country of Belgium, close to the border with France. Despite the fact that the city’s territory is small, the beauty of Dinant is undeniable and can easily make you forget about picturesque large cities. A rock and the Meuse River that flows along it create truly breathtaking scenery. Besides that, Dinant is famous ... Open »
Paris
Louvre. Famous Louvre is also one of main symbols of Paris . A former royal palace, starting from 1793 Louvre has been turned into a world-famous museum. It has gained an international fame, and one of main reasons for such a success is great works of art, including "Mona Lisa" and "Venus de Milo", that are exhibited here. The Louvre features a rich collection of paintings ... Open »
Rochefort
To get to the Caves of Han-sur-Lesse, tourists need to get on a special tramway. There is a retro tram that takes passengers to interesting excursions in the Namur Province. The total length of the excursion is roughly one and a half to two hours. During a visit to the caves, tourists can see an interesting light show that takes place in the main cave hall. Moreover, visitors ... Open »
Amiens
Despite the fact that there were constant battles in Amiens and neighborhoods, the city always managed to recover. Nowadays, this is a large center of metallurgy, machine building, and food industry. Besides this, this region is famous for its textiles and shoes. That being said, local factories do not ruin the beauty of this place. It is ultimately pleasant to take a walk in ... Open »

All about Reims, France - sightseeings, attractions, touristic spots, architecture, history, culture and cuisine. Prepare your trip together with OrangeSmile.com - find out the 'must see' things in Reims, which places to visit, which excursions to take, where the breathtaking views are waiting for you. Planning your trip with this travel guide will help your to get the most out of Reims in few days.