Nature of France - national parks and reserves for active recreation 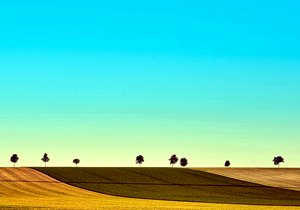 France is rich not only with cultural attractions. On its territory, there are 10 picturesque national parks carefully protected by the state. The country is surrounded by the Mediterranean Sea and the Atlantic Ocean. Two third of its territory is occupied by plains. In the south-west of the country there is a chain of Pyrenees Mountains, dividing France and Spain. The south-east of the country is occupied by the Alps. The relief of these places is more picturesque due to the abundance of glacial lakes and Mountain Rivers. The highest point of the country and the whole of Western Europe is Mont Blanc, which has a very spectacular view. The pointed peak rises above other mountains. Its height is 4807 meters above sea level. On the Atlantic coast, the climate is oceanic, on the Cote d'Azur – Mediterranean and in the central part of the country - continental.
National cuisine of France - specialties, recipes and restaurants
French cuisine is the standard of elegant and refined cuisine. It is widely appreciated by gourmets all over the world. Famous frog legs, cream-brulee …
Read further
The longest river in the country is the Loire, flowing through the entire central part of France. Its length is just over one thousand kilometers. Historically, it played a strategically important role in the life of the state. Along the river Loire in its picturesque valleys, in the Middle Ages were built more than 70 castles. Many of them at different times were the residences of French kings. The Loire Valley is inscribed on the UNESCO World Heritage List due to the huge number of monuments of architecture and history. One of the largest lakes in the country is the Lake Geneva, along which the border with Switzerland runs. Surprisingly, picturesque views of Lake Geneva have given inspiration to many creative people from around the world.
The largest national park of France is located outside of its European part - in the water area of the Amazon River. The Guiana Amazon is located in French Guiana in the northeast of South America. The territory of the park extends for almost 34 thousand square kilometers. Its entire area is occupied by a unique rainforest. The French authorities are taking strict measures to preserve the unique floras and faunas of this place. On the territory of 20 thousand square kilometers. Any activity for the extraction of minerals is forbidden. Even on rivers rich in gold, no work is being done. The rest of the region is populated by local tribes, who are allowed to conduct business. You can get to the national park only by air or by water. Copyright www.orangesmile.com
National traditions and mentality of people in France
The French have long been fashion legislators in a wide variety of industries. French culture was an example and a model for imitation. Around the …
Read further
The very first national park in France was the Vanoise Park, located in the French Alps. It was created in 1963, when the threat of the complete disappearance of Alpine mountain goats, living on the slopes of the mountains in the territory of the modern park, arose. In one of the two parts of the park are ski resorts, one of the most famous and popular of which is Meribel. In addition to alpine goats, the park is inhabited by chamois, lynx, ermines, as well as alpine marmots. Also in the park there are numerous birds, among them bearded, clawed, nutcrackers, golden eagles. In total, there are more than 125 species. In the valleys of the park there are many alpine flowers. 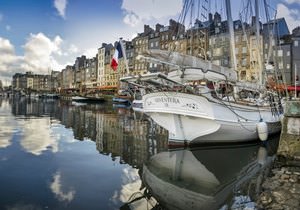 Another national park of France is located in the Alps - in the Alps of the Upper Provence and the Maritime Alps. Mercantour is located in an array of homonymous mountains. In its valleys flow 7 rivers. On the territory of the park there is a unique "Valley of Miracles", where more than 4 thousand prehistoric rock paintings of the Bronze Age were found. They were discovered as early as the 16th century, but they were described and documented only in the 19th century. Thousands of alpine chamois, as well as mountain goats, wild boars, roe deer, hares, deer and a small population of wolves live on the mountain slopes in Mercantour. The park's flora is incredibly rich. It is represented by more than 2 thousand different plants.
France cultural sights. What to see?
France is the most popular and visited country, and Paris the most toured city in the world. This is not surprising because the country has an …
Read further
Between Grenoble, Briancon and Gap is the national park of Ecrins, in the territory of which there are at once 3 four-thousandths - Barre-des-Ecrins, Dome de Neige des Ecrins and Peak Lorik. The area of the park is occupied by pine and oak forests, alpine meadows; glaciers are located on the hills. There are more than 30 trails laid in the park which are in excellent condition. On the island of Corsica is the Kalanka National Park. It is a deep valley filled with the sea. The valley is surrounded by orange and pink rocks, which spectacularly rise above the sea line at an altitude of about 300 meters. The rocks were heavily eroded, and therefore took quite original and unusual forms. This unique and incredibly beautiful landscape is inscribed on the UNESCO World Heritage List.

National and city parks of France
♥   Regional Nature Park 'Alpilles' . On the map

Famous places and sights of France 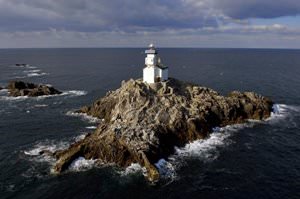 On the Atlantic coast of France not far from Brest, the Lighthouse Tevennec is situated. Here originally was lied the major sea route where merchant ships and fishing vessels patrolled to Spain and to the South of France. There were a lot of wreckages because of the dangerous chain of the coral reefs called Chaussée de Sein. In 1869 there were decided to make this piece of crucial sea route safer and to build two lighthouses – La Vieille and Tevennec. These lighthouses were like the gate for vessels. The ships have to head on accurately between the lighthouses in order to escape collisions with reefs. However, the most interesting lighthouse for tourists is Tevennec. A great number of chilling stories are connected with it. All light-keepers got mad for some unknown reason. The most … Read all 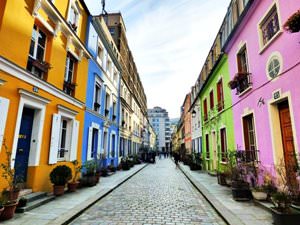 Cremieux Street attracts fans of scenic walks to Paris. This old street, paved with stone, is framed by colorful houses on both sides. In warmer months, their facades are decorated with live flowers. These charming houses were built in the second half of the 19th century. The street was named after one of the most famous citizens - a lawyer and politician Adolphe Cremieux.

You will notice the beautiful paintings on facades of some of the historic houses. The best time to walk along this street is summer, when the locals decorate window sills and entrances with ornamental plants and flowers. The length of one of the most picturesque streets of Paris is 144 meters, and its width is 7.5 meters. Three-storey houses on both sides of the pave are built in typical British style.

That is why … Read all
All unique sightseeing France

Cultural sights in regions of France

Paris
Champ de Mars (the Field of Mars) is a great place for walks. This is a beautiful area which is decorated with colorful flower beds and fountains. During national holidays the majority of festive events and performances takes place right here. Art lovers will be surely interested in visiting Rodin Museum, which is located in one of the old mansions. Besides the priceless works of the famous sculptor, the museum also houses several collections of paintings. Rodin Museum has become a regular … Read more

Aix-en-Provence
Cathédrale Saint-Sauveur is well-known as one of the major symbols of Aix-en-Provence. The beautiful church was built in the 12th century. There was an ancient Roman forum on the site of the cathedral in the antiquity period. The cathedral was built on the ruins of that building. Cathédrale Saint-Sauveur was restored and rebuilt several times in the past, that’s why it is easy to see elements of different architectural styles in the design of the building. Beautiful sculptures of patron … Read more

Arles
There is one more antique amphitheater approximately 100 meters away from the arena. This is Théâtre Antique or the Roman Theatre of Arles. It was also hosting various shows and entertained locals. This historic complex is in much worse condition compared to the amphitheater but it still keeps attracting the attention of thousands of tourists. The theater was built in the 1st century BC. At that time, it was one of the first stone buildings in the city. The theater was serving its primary … Read more

Annecy
You will find old prison cells and the court-room here. Visitors can also visit the castle’s chapel. There is a thematic museum dedicated to fishing in the oldest part of the castle. This museum has an unusual collection. Some of the exhibits in Le Palais de I’lle are of great value. Don’t forget to take a look at a collection of old paintings and sculptures, exquisite antique furniture, and an archive with old photographs. There are many interesting religious landmarks in the city. … Read more

Nice
Chapel of Mercy Fortress is one of the most important architectural landmarks of the city. The construction of the fortress took place during the second half of the 18th century. The main decoration of the chapel is a skillful painting "Mercy of God" which, by assumption of historians, has been made by Louis Brea. It is also worth visiting the ancient Saint Reparata Abbey, the building of which was completed in 1576. Saint Reparata was the patroness of Nice. According to an ancient legend, she … Read more

Cannes
Prosper Merimee Park is a popular attraction of the city. The family house of the famous writer is located in this park. The mansion had been in ruins since 1870; after the death of the owner it was decided to convert the house into a museum. Suquet district is also very interesting from historical point of view. The territory of the district is home to buildings of different ages. Here tourists will find famous Church of Our Lady, which connoisseurs of architecture often call a true example of … Read more

Lourdes
A very interesting place to visit is the Fortress of Lourdes. The large-scale historic building seems completely unharmonic at first glance. The reason for such a look is quite clear: the first fortification on the site of the current fortress was erected in the 8th century, and later it was repeatedly destroyed and rebuilt. Tourists will have the opportunity to climb to observation platforms located on the last floors of the fortress. You can go up the steep stairs or reach them in a more … Read more

Lyon
The collection represented in the museum covers the large-scale period from the early Middle Ages to the 19th century. During the tour, visitors will learn about the most important events that have influenced the fate of the city. The building, which houses the museum, is also of great interest. It is considered one of the most beautiful Renaissance monuments in the city. Nearby is another interesting institution, the Puppet Museum. Its collection of antique dolls will be interesting for both … Read more

France: Map of sightseeing in regions