Preparing your trip to Bordeaux: advices & hints - things to do and to obey 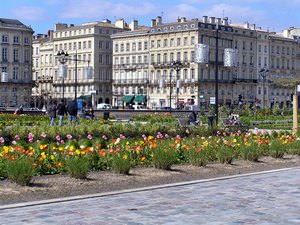 1. A large part of the local malls and shops open around 10:00 and work until 18:00 - 20:00. Some shops close for a small lunch break. Saturday is usually considered a short working day, and Sunday is a day off.
2. Tourists, who plan to make purchases that exceed 330 Euros, are recommended to make a special document called Detaxe. When you are leaving the country, this document will be used to return 13% of the sum of your purchases.
3. The locals are not very good in speaking foreign languages, so tourists are recommended to take a French phrase book to their trip. By the way, sometimes local people are wary of the Americans and British, as well as people who try to talk to them in English. Many citizens will pretend that they do not understand English. However, visitors who try to speak their native language will surely gain great respect among the locals.
4. The majority of restaurants and cafes of the city have many visitors after 20:00, so travelers are recommended to come early for dinner in order to be able to find a table. As a rule, tables in luxury restaurants are traditionally booked in advance.
5. In order to rent a car you will need a driver's license of international standard. Visitors will also need to pay a security of a certain amount, which usually depends on the brand of car. The minimal cost of rent is 70 Euros a day. Copyright www.orangesmile.com
6. Motorists should not forget that children under the age of 12 are forbidden to sit on the front seat. Traffic rules violations are due to large monetary fines. This concerns not only drivers but also pedestrians.
7. The restaurants, which menus have «service compis» mark, add service charges to the total bill. Otherwise, visitors should not forget to leave a waiter a tip of 5 - 10% of the total order. Do not forget to leave monetary rewards to taxi drivers and maids in your hotel.
Old hotels keeping the history of Bordeaux
In the picturesque historic district you will find Best Western Bordeaux - Bayonne Etche-Ona. A building occupied by the hotel is a priceless historical monument that has retained its …

Open
8. Most museums of Bordeaux offer free entrance once a week. Large groups of tourists and visitors with children can be provided with attractive discounts.
9. You may see special signs near many restaurants and cafes. They indicate the average cost of meals. Budget travelers are recommended to choose numerous cafes, the choice of dishes in which can easily compare with many popular restaurants.
10. Phone calls to other countries are better to be made from special telephone tubes, which can be found near all major shopping centers and government agencies. They use plastic phone cards and usually offer the most advantageous tariffs.

What to visit being in Bordeaux - unique sights 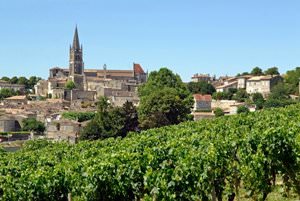 Distance from Bordeaux center - 32.8 km.
The entire territory of the region of Saint-Emilion is considered a real open-air museum today. Modern buildings are completely absent on the territory. Medieval wine cellars are preserved in many historical buildings. Interesting excursions are conducted through them. Some wine cellars were carved directly into the rocks hundreds of years ago. The old church has been preserved in the city. It is considered a striking monument in the Gothic style. Many interesting souvenir shops are open here. Tourists are offered to buy vintage wine bottles, corks that were made more than a hundred years ago, and other wine-themed souvenirs as memorable gifts. … Read further

Tips for the cities around Bordeaux

La Rochelle
2. Thrifty travelers are advised to buy a La Rochelle city pass at the tourist office. It can be used for a period of one to seven days and entitles you to discounts at a variety of excursions. The card also offers using public transport for free. 3. Tourists should note that they can visit city's major attractions (the Orbigny-Bernon Museum and three towers) on a single ... Open »
Biarritz
2. The majority of banks are open from 9:00 to 16:30. Banks can also be closed for a lunch break during a day. Banks remain the best place to exchange currency. As a rule they offer the most favorable rates and are more beneficial than exchange offices. 3. Large restaurants, shopping centers and supermarkets accept payments by credit cards. Cash will be definitely needed ... Open »
Limoges
2. Going to the local restaurants and cafes, it is worth considering an important nuance. Sometimes in the menu there are two types of prices, they are marked ‘au comptoir’ and ‘a salle.’ The first rate is used in case, if the client decides to take a place at the bar, and the second, if he prefers to stay at the table. As a rule, ‘a salle’ price is approximately ... Open »
San Sebastian
2. The resort of San Sebastian is interconnected with suburban cities with a developed railway network. Tourists can get to other cities by bus as well. One day tours to the cities of Madrid, Barcelona and Milan are of great popularity among foreign guests of the resort. 3. A heat of the tourist season on the resort falls within a period from the middle of May till the end of ... Open »
Toulouse
2. It’s better to walk around the historic district of the city on foot, as all important sights are within easy walking distance of each other. Public transport in Toulouse is represented by an extensive network of trams and buses; the city has two underground lines. 3. Shoppers should be aware that many urban markets and fairs are working exclusively on weekends. Visit ... Open »
Pamplona
2. Those tourists travelling in large groups can use taxi service rather profitably. In this case a cost of a trip will be about 1Euro for each 1km of a trip. One should also pay about 3Euro for boarding. A taxi should better be called by phone as the taxi cars hunting the clients in close vicinity to hotels charge the highest rates for services. 3. The most profitable rates ... Open »

Travelling to Bordeaux - advices and tips. What should be provisioned in advance, the rules you might want to follow, and the things you better avoid doing in Bordeaux. We help you to make your trip smooth and easy, with no unexpected surprises.