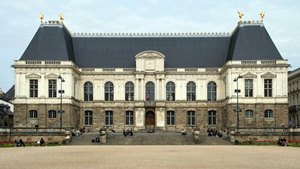 France today, is one of the most developed countries in the world in terms of GDP. These indicators are stable, despite the fact that a fairly large part of the economy officially belongs to the state. Also, it should be noted that one of the highest living standards in the world is observed in France. This is due to the steady increase in the number of immigrants in the State. One of the most guarded sectors of the state is the Agricultural sector. The main emphasis was placed on private land ownership. Of all others, thanks to which every year the potential of this field of activity increases. Today, France is considered the largest State in the whole of Europe in terms of the quantity of grain and wheat being cultivated. Also, the country produces a lot of beef and dairy products, especially cheese, which today has about 400 varieties. All these products are mostly exported, and ensure the growth of the country’s GDP. The wine industry is also actively developing. Elite varieties of wines are exported all over the world.
National traditions and mentality of people in France
The French have long been fashion legislators in a wide variety of industries. French culture was an example and a model for imitation. Around the …
Read further
Industrial production in France gives at least 22% of the country’s total GDP. Furthermore, about one third of the working-age population is employed in this exact industry. On the territory of France, mechanical engineering is particularly widespread, with the share of products more than 3% of that of the total world production. This is a sufficiently impressive figure, in comparison with the countries of the European Union. The Country also has a well-developed chemical and automobile industry. The most important firms which are noted for their automobile production around the world are Peugeot-citroen, and Renault, with the latter completely owned by the State. In terms of food exports, France ranks second place, behind only the food industry of the United States of America.
Also, recently, France began actively investing in shipbuilding, and electrical engineering. The Country is rich in Iron, Uranium ores, as well as Potassium salts. This provided a solid foundation for the development and improvement of the Mining Industry. It should be noted that non-ferrous metallurgy in France is also developed at a very high level, and contemporary shops for steelmaking occupy the leading positions in the world ratings on equipment and quality of production. As far as power generation is concerned, France is able to provide half the country’s own raw material. They continue to obtain bituminous coal in some regions of France. However, its share in the energy balance is less than 6%. Oil stockpiles in the country are limited. The significant dependence of France on the import of oil is still observed even today. Gas reserves in the country are also severely depleted, so the state annually tries to reduce the amount of its production. Copyright www.orangesmile.com
France cultural sights. What to see?
France is the most popular and visited country, and Paris the most toured city in the world. This is not surprising because the country has an …
Read further
It should be noted that nuclear power plants have received special development in France. The Country’s use of atomic energy can be compared only with the energy potential of the United States of America. In Pierrelatte today, is located one of the largest plants dedicated to uranium enrichment, while in Normandy, a plant for the processing of radioactive waste successfully functions. On the basis of this, it is possible to draw the conclusion that France not only successfully uses atomic energy, but is also able to perfectly obtain its by-products, without hurting the environment. It is worth noting that France, despite its meager energy potential with regards to fossil fuels, has created an incredibly powerful system for generating electricity. This is why it produces much more energy than it consumes and actively exports its surplus to neighboring countries of the European Union, including Switzerland. 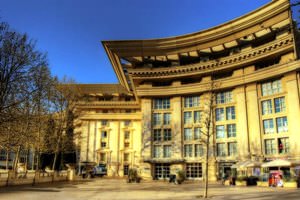 The service sector in France is an excellent ground for the development of large and small businesses. It employs more than 65% of the able-bodied population, and this is about 15 million people. That is why this sector makes a huge contribution to the country’s annual budget and is characterized by regular development. According to various statistics, France is considered the most visited country in the world. It is for this reason that the hotel business is at the highest level. But at the same time, you will find not only large-scale, high-class hotels functioning here, but also thousands of small hotels that are oriented towards a specific class of tourists. Small businesses in the country are mostly represented by restaurants, retail outlets, and also financial and telecommunication services. Such a state of affair as the Country provides, enables any resident of France to successfully achieve stability, and record a reasonable success through his or her work.
Things to do in France - active leisure
France is incredibly popular with tourists not only because of its rich cultural history, but also picturesque landscapes, the possibility of free …
Read further
Despite great achievements in the field of economics and the banking sector being regarded as most developed in the entire world, France still as of today records a huge public debt and has a deficit in the state budget. The ratings of GDP last year was about 1 trillion, 700 million Euros. GDP per capita of population is 41 000 dollars as of last year. Inflation is gradually decreasing, reaching an index of 1.7%. However, in spite of the successful economic structure, more than seven percent of the Country’s population still lives below the poverty lines. Unemployment rate accounts for about 7% and this index is seen to be slightly on the rise yearly. 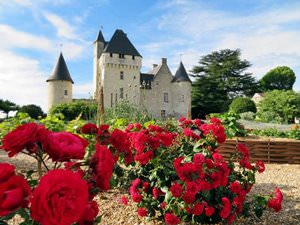 Château du Rivau is located in the commune of Lémeré. It also deserves the attention of fans of walking through historical places. The first fortification was built on its site in the 13th century. It was a fortified feudal dwelling at that time. It was quite small in the area. Pierre de Beauvau, who was close to the royal court, became the owner of the castle in the early 15th century. It was under his leadership that a small fortified building was transformed into an impregnable castle.

The first powerful donjon was built during this period. The fortress was surrounded by a dry moat. A drawbridge was also installed here. It served as the main entrance to the castle. It is noteworthy that the new owner of the fortress sought to make not just an impregnable defensive structure but a … Read all
All unique sightseeing France

Paris
Upscale travelers in search of luxurious designer clothes and accessories will find what they need on Saint Honore Street. This street is home to many famous and popular designer boutiques, as well as one of the trendiest shops in Paris – Colette. This shop offers unique designer clothes and fascinating artworks by local craftsmen. This area, which is full of elite shops, is a great place to buy not only clothes but also cosmetics, as a giant Chanel boutique is also open on Saint Honore. As … Read more

Aix-en-Provence
The abundance of antiquity shops and flea markets is an interesting peculiarity of Aix-en-Provence. Of course, they are excellent for shopping for unusual souvenirs. Collectors from all over the world enjoy visiting local shops and markets. You will be amazed by the diversity of antiquities here – it is possible to find precious artworks and inexpensive vintage items here. Besides antiquity shops, don’t forget to explore local food markets. Farmers deliver their best products to them. … Read more

Arles
All fashionistas should visit Armand Thiery, a popular shop selling stylish and practical clothes. Jewelry salons, boutiques with accessories, and exclusive handmade souvenirs are also present in the promenade. The shopping street has a beautiful design, so it is interesting to visit it even if you don’t plan to make any purchases. There are several attractive restaurants next to shops. It is interesting to visit Shopping Promenade Arles with children because there are several colorful … Read more

Annecy
The Old Town is the best place to shop for interesting and memorable gifts. There are also many designer shops selling clothes and accessories in this part of the city but the prices are quite affordable. The historic city center also has the highest concentration of art galleries and artisan workshops, each of which has many exclusive and unique items. Don’t forget to visit Chapellerie Pochat – this historical hat shop opened in Annecy more than forty years ago. Starting from its … Read more

Nice
Fans of elite boutiques and designer items cannot leave Nice without visiting Nice Etoile. More than 200 shops that sell clothes, accessories and many other items can be found in this department store. Fans of C&A brand, as well as Body Shop lovers, will certainly like Nice Etoile. Females will be impressed by the large choice of shops that sell cosmetics and accessories. In this shopping center, all family members will not feel bored as there is a cinema, a playing center for children, numerous … Read more

Cannes
Boulevard de la Croisette is one more interesting shopping destination in Cannes. While taking a stroll here, vacationers will see many premium boutiques of internationally famous brands. Fans of designer items will have an opportunity to visit Burberry and Ralph Lauren shops. Posh Dior and Valentino boutiques are located not far from the promenade. Despite the fact that these are expensive designer shops, both locals and tourists often visit them. Clothing and accessories from previous … Read more

Lourdes
Authentic French goods are also sold here. For example, you can buy perfumes from local manufacturers. Their prices are not low but the quality is high. You should carefully read the label when purchasing. Eau de toilette is the cheapest of all local perfume products. The percentage of alcohol is higher than the percentage of essence in this product. Eau de parfum is a perfume in which the percentage of alcohol is approximately equal to the amount of added essence. Essences are much more than … Read more

Lyon
Apart from large shopping centers, it is worth paying attention to small specialized stores. Among souvenir shops, Troc de Lyon stands out in a special way. Here you can find both classic souvenir products and very original ones. This is one of the few local shops selling small barrel organs. Well, of course, it is always full of magnets and postcards depicting city attractions. For more interesting sweet souvenirs for loved ones, head to Violette & Berlingot. It offers customers dozens of … Read more