Preparing your trip to Lyon: advices & hints - things to do and to obey 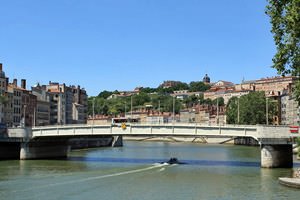 1. The period from early May to late September is considered a high season. At this time, the weather is the most favorable; it’s good for walking, as rains are very rare. Tourists, who plan to visit Lyon during this period, have to take care about booking a room in advance.
2. In Lyon all possible forms of public transport are available. In addition to buses, trolley buses and subway, there are two funiculars connecting the historic district with Fourvière hill, which also houses several important sightseeing objects.
3. One type of ticket is used for all modes of public transport; the ticket price for a single trip is 1.5 euros. Travelers, who expect to use services of public transport actively, are recommended to buy travel cards. They can be designed for a day or a week; when buying a ticket for 10 trips you can reckon on a good discount.
4. Late in the evening the only available mode of transport is taxi. It has to be called by phone or taken on special parking. The most competitive rates are offered by Taxis Lyonnais and Allo Taxi.
5. It is convenient to travel around the city by bicycle; more than 200 vélo'v rental stations are working in Lyon. Those rental centers differ with competitive rates and convenient system of discounts. It should be noted that a rented bike can be subsequently left at any vélo'v center, regardless of where it was rented. Copyright www.orangesmile.com
6. Shoppers should be aware that it is profitable to pay for purchases with national currency. Foreign currency in major shopping complexes can be taken at very disadvantageous exchange rate; in small shops you probably won’t succeed in paying with foreign currency.
7. It’s better to change currency in one of the local banks, however, it is necessary to pay attention to the commission charged. In private exchange offices rates aren’t the most profitable, and sometimes the commission can be up to 15% of the convertible amount.
Cuisine of Lyon for gourmet with top restaurants and cafe
It’s worth to start a story about the best restaurants of Lyon with Les Compagnons, as this French restaurant has gained immense popularity among travelers. Pleasant interior, an …

Open
8. In restaurants and cafes be sure to leave a tip; usually 10 - 15% of the order would be sufficient. Budget travelers should keep in mind that the closer to the center of the restaurant is located, the higher the price would be. In remote areas of Lyon you could find a huge number of attractive budget restaurants and cafes.

Preparing your trip to Lyon: advices & hints - things to do and to obey You can re-publish this content with mandatory attribution: direct and active hyperlink to www.orangesmile.com.
Lyon - guide chapters 1 2 3 4 5 6 7 8 9 10 11

What to visit being in Lyon - unique sights 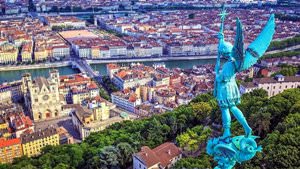 Distance from Lyon center - 1.6 km.
Gadagne Museum is located in a spectacular building of the 16th century. It presents to the visitors an interesting collection of historical exhibits. Major archaeological research was completed on the territory of the museum not so long ago. The exhibits discovered during this period are also kept in the walls of the old mansion today. Saint-Jean is considered the main street of the old town. Its length is about 500 meters. There are some of the oldest buildings in the historic district here. It is on this street that the spectacular Palais de Justice is located. The beautiful Saint-Jean Cathedral is the main decoration of the street. Its construction was started in the 12th century. It was repeatedly rebuilt until the 17th century. … Read further

Tips for the cities around Lyon

Rhone-Alpes
2. The province has everything necessary to travel by car; it will be beneficial to those traveling as a big company and preferring to change places quickly. Going for a trip, you should take into account peculiarities of highlands; many highways are quite complex. 3. Lyon is famous for its fine dining restaurants; many popular places are mentioned in famous tourist and ... Open »
Grenoble
2. In addition to trams there are more than 25 bus routes in the city. If during the daytime numerous buses ply around the city, at night they are replaced by noctibuses. The fare in them is slightly higher than in ordinary buses. 3. Bike is also a common type of transport in the city. You can easily rent a bike in one of numerous Métrovélo rental offices. The daily ... Open »
Geneva
2. The best to move in the city is to use the public transport. If you want to save more, you can buy a special ticket that allows saving up to 50% of the total sum. 3. There are a lot of pedestrian zones in the city, so you should not deny yourself from the pleasure of walking on these beautiful places. 4. The majority of residents and tourists prefer other types of ... Open »
Meribel
2. The high season for Meribel is February when many ski slopes are heavily overloaded. For beginners and those who prefer uncrowded places, it is better to visit the ski resort in December or early March. 3. The nearest international airport is located a hundred kilometers away from the resort. Buses to Meribel depart regularly from Chambéry, Lyon, Grenoble and Geneva ... Open »
Burgundy
2. It won’t be difficult to get from Bourgogne to the capital of the country. There are daily TGV trains from Dijon to Paris; a journey takes no more than 2 hours. This option would be ideal for those who wish to see the sights of Paris and save on accommodation in luxury hotels of the capital. 3. The most popular way to travel is private car, as you can’t get to some ... Open »
Chamonix
2. Train connecting the district with Saint Gervais Martigny runs along the valley. It remains one of the most popular forms of public transport; the train departs every hour. Travelers with guest cards and ski-passes can ride for free. 3. Buses are also common; they depart every 15 minutes. They can easily reach any site in the ski area, as well as neighborhoods. 4. ... Open »

Travelling to Lyon - advices and tips. What should be provisioned in advance, the rules you might want to follow, and the things you better avoid doing in Lyon. We help you to make your trip smooth and easy, with no unexpected surprises.