Sightseeing in Arras - what to see. Complete travel guide 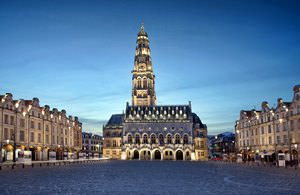 Northern France is home to several beautiful cities, and Arras is definitely one of them. The central part of this city is an incredibly picturesque place. In the Middle Ages, this region was famous for its wall carpets with intricate pictures. Rat is still considered the symbol of this city, so it is present in numerous pictures and paintings.
Your active city break in Arras. Attractions, recreation and entertainment - best places to spend your day and night here
First of all, Arras attracts travelers with its famous architectural attractions of the past centuries and war monuments. Nevertheless, guests of the city have an opportunity to diversify …

Open
Arras is a city with a rich history full of battles and wars. For centuries, local people couldn’t enjoy peaceful life. Bloody battles for this region were frequent in the past. Roman, Norman, French, Austrian, Spanish, and German conquerors wanted to occupy Arras and surroundings. First swords and then cannons regularly ruined the peaceful lifestyle of local people. Despite this fact, residents of Arras didn’t leave their homeland and continued developing their region even during tough times.
Until the 17th century, Arras was a part of the Spanish kingdom. Later, France could recapture the region. However, many people still think that they have purely Spanish blood. World War I brought devastating damages to the infrastructure of the city and almost completely ruined it. The following World War II also didn’t have mercy on Arras. The city was almost completely ruined. However, Arras was slowly recovering and rebuilding, turning into an incredibly charming place. Copyright www.orangesmile.com
Shopping in Arras - main shopping streets, outlets and boutiques
Arras is not rich in large shopping malls as there are mostly small specialty shops here. It is interesting to visit local clothing and shoe stores of famous French manufacturers. …

Open
Despite the fact that the city is not big, there are many charming cafes and restaurants here. Many of them offer national cuisine, but fans of pizza will easily find cozy pizzerias that offer a broad range of various dishes. Do you like to pamper yourself with a glass of the amber-colored foamy drink? In this case, don’t forget to visit the La Coupole beer house, an old pub that has been open on this site for ages. La Coupole is famous for its delicious beer with seafood snacks. Moreover, this is a charming establishment with stained-glass windows. 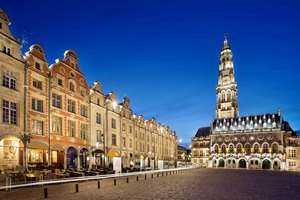 Arras was fully rebuilt after two world wars. First of all, local people reconstructed two main squares of the city, the Main Square and Heroes Square. They date back to the 17th century. Having taken a stroll in the historical center of the city, tourists can see more than a hundred and half houses in Spanish and Flemish styles.
Family holidays with kids in Arras. How to entertain your child, things to show to children.
It is very interesting to visit Arras with children. Young travelers will find many interesting activities here. If you happen to visit this French city in summer, take your children to …

Open
Heroes Square draws the attention of tourists because of a majestic monument of the past – the town hall. The building regularly hosts the exhibition dedicated to local photographers who lived during the war times. They display their works and photographs of the city during and after battles. The city’s authorities make sure these photographs are stored in optimal conditions so that they retain their original look. When looking at them, visitors can learn more about the “scariest” period in the life of Arras. The town hall also displays dolls used in various festivals and celebrations that regularly take place in the city. 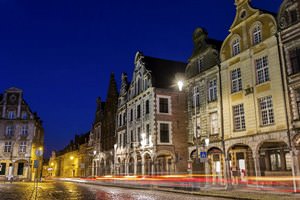 The three-story museum of fine arts is located not far from the Main Square. The first floor of the venue is dedicated to archaeological findings, medieval art, and old tombstones. The second floor is an exhibition hall that displays the 18th-century paintings of the Dutch and Flemish schools. Finally, the third floor is the place where visitors can see paintings of the 19th century’s French artists. There are many beautiful landscape paintings here. The museum exhibits many precious works of such renowned painters as Rubens, Le Brun, Watteau, and Delacroix.
Excursion over cultural sights of Arras - 'must visit' points of interest
From an architectural point of view, Arras is one of the most beautiful cities in France. Although the city was severely damaged during World War I, there are still many notable …

Open
The citadel of Vauban is one more attraction in Arras that tourists should visit during their stay in the city. The design of this structure is an excellent example of the military architecture of the 17th century. There was a moat around the citadel where horses of the army drank water. The purpose of the citadel was to protect the city from invaders, but it had a bad position and didn’t really serve its purpose. That is why local people informally call the citadel “the useless beauty” (la belle inutile). Despite this, the Citadel of Arras is an important landmark and a heritage site nowadays. Tourists from all over the world come to see this gorgeous fortification. 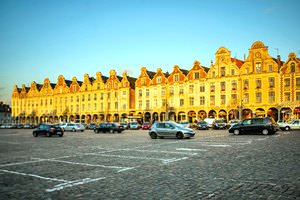 It is most comfortable to reach Arras from the capital of France, Paris. There are many trains that connect these two cities. Moreover, it is possible to buy tickets for high-speed trains. In this case, the train ride will last only fifty minutes. It is cheaper to travel by bus but the time in transit will be longer in this case – up to three hours. There is one more way to reach Arras – from Brussels. The train ride lasts approximately one hour and fifteen minutes. It will take five hours to reach Arras from Brussels by bus.

This guide to iconic landmarks and sights of Arras is protected by the copyright law. You can re-publish this content with mandatory attribution: direct and active hyperlink to www.orangesmile.com.
Arras - guide chapters 1 2 3 4 5

Survived castles around Arras
♥   Castle 'Château de Olhain' Pas-de-Calais, 20.2 km from the center. On the map

National and city parks around Arras
♥   Regional Nature Park 'Scarpe-Escaut' , 50.5 km from the center. On the map

Sights around Arras from our guide 'Extreme places on Earth' 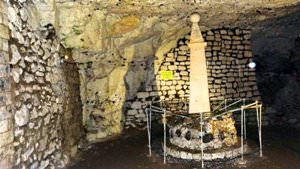 Distance from Arras center - 45.6 km.
This city was found in the end of the 19th century. The researchers have found there a quite complex system of underground streets, squares and galleries. The whole area of the underground tunnels goes up to 2 kilometers. They are located 33 meters under the ground. There were found a lot of interesting buildings, one of them is an old church. Also, the researchers have cleared up that all city buildings were built by human force. Since the Medieval times, the Undergrounds of Naur had been covered with black legends, some people thought that this is an Aceldama. All these legends are connected with that fact that conquerors couldn’t understand where people went in just a few minutes. And how they knew that the conquerors were coming. … Read further

Search touristic sites on the map of Arras

Sightseeing in regions nearby Arras

Lille
Lille is famous for its museums and historical quarters, the central square named Grand Place and the old building of exchange that once has been a large trading center and the best place to buy quality clothes. Grandiose heritage of Lille is kept in the halls of its museums. The most popular museums of Lille are Museum of Natural History and Geology of Lille famous for its ... Open »
Amiens
Amiens Cathedral is the iconic landmark of this city. This is the tallest complete cathedral in France. Architects tried to make the cathedral as tall as possible so that it could reach for the heavens. The design of this cathedral is an excellent example of Gothic style. Step inside the building to see a precious relic – a part of the skull of John the Baptist. Pilgrims ... Open »
Kortrijk
While making a walk in the garden, you will see Broel Toren that was built in 14th-15th centuries. The towers from this complex have been once used as protective facilities and today they remind of the glorious military past of this place. Near this architectural complex is located a small museum that will provide guests with very interesting information about the history of ... Open »
Calais
Museum of Fine Arts located on Richelieu square will get you acquainted with priceless exhibits. You can enjoy panoramic views of the city and see the beauty of its suburbs by visiting observation areas from the local lighthouse that is 51 meters tall. One more beautiful building of Calais is the Town Hall, the building of which was finished in 1926. The height of one of bell ... Open »
Oostende
St. Peter and Paul Church built in 1905 is the most important religious place of interest of Oostende. The height of the towers estimates 72 meters. On the territory of the church is buried the first queen of Belgium, Louise Marie of Orleans. Not far away from the church is located St. Peter’s Tower, the main decoration of which is the ancient clocks created by masters in ... Open »
Brugge
Beguinage is situated near Minnewater Lake, which used to be a part of the canal that connected Bruges and Ghent. Nowadays it's just a small picturesque lake with beautiful swans swimming in it. There is an interesting legend in Bruges, which is connected with swans. When Maximilian of Austria raised the taxes again, Bruges citizens rebelled and captivated the city. They ... Open »

All about Arras, France - sightseeings, attractions, touristic spots, architecture, history, culture and cuisine. Prepare your trip together with OrangeSmile.com - find out the 'must see' things in Arras, which places to visit, which excursions to take, where the breathtaking views are waiting for you. Planning your trip with this travel guide will help your to get the most out of Arras in few days.