Sightseeing in Nantes - what to see. Complete travel guide 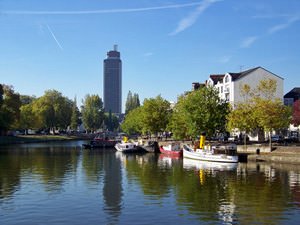 The city is located just two hours away from Paris and is considered the western capital of the country.

The Castle of the Dukes of Brittany has always been considered the main symbol of Nantes. This castle was built in 1466 by the order of Francis II. The city is full of beautiful architectural places of interest, the most famous of which are located on the L'lle Feydeau Street. Here you can see amazingly beautiful white houses that are decorated with tiny balconies with wrought iron railings. The windows of these houses are decorated with unusual masks. The color of the houses is determined by the material of construction - white sandstone. This combination is unusual, and traditionally amazes and delights visitors.
Extraordinary weekend in Nantes - unusual places, services and attractions for travel gourmet
…

Open
The most famous gallery of Nantes is Passage Pommeraye, a beautiful three-tiered building in the Baroque style, which halls host various exhibitions and other cultural events. The city attracts not only history lovers, but also shopping fans. The central commercial street of Nantes is named Crebillon. The numerous boutiques located on this street feature couture apparel, perfumes by famous European brands and high-end jewelry stores. The most popular shopping center is called the Lafayette Gallery. However, if you need best products, then go to the Talensac market. Here you will find wide choice of vegetables, fruits, and, the most important, fresh seafood.
Don’t forget to try the favorite wine of the local people, which is called Muscadet. If you want to pamper yourself with culinary delights, we suggest visiting the restaurant named Cigale, which stands out among the remaining eight hundred restaurants by its unique decor featuring the style of past centuries. To the service of guests are more than 15 hotels and hotels, so finding a suitable apartment wouldn’t be a problem. Copyright www.orangesmile.com
Shopping in Nantes - main shopping streets, outlets and boutiques
Fans of shopping will certainly not be bored in Nantes. Here, interesting stores and shopping centers can be found in almost every district. The most attractive shopping street is Rue …

Open
The Cathedral of St. Peter and St. Paul is one of the greatest architectural monuments of Nantes and the largest Gothic cathedral in France. The height of the building is 63 meters, the construction of the grand cathedral began in the 15th century. The formation of its current image continued until the 19th century. It has preserved many original elements of interior decoration. 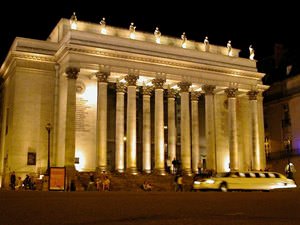 Today the beautiful historic building houses the Museum of Fine Arts. The museum opened in 1804 houses one of the richest art collections in the world. Some of its exhibits date back to the 12th century - the exposition covers a time period of more than 800 years. Visitors to the museum can admire unique works by Claude Monet and Pablo Picasso, as well as see magnificent sculptures and creations of famous artists of the early 20th century.
Family holidays with kids in Nantes. How to entertain your child, things to show to children.
The city of Nantes situated at the mouth of the Loire River is a tourist destination worthy of being explored. Besides the fact that Nantes boasts of a great many attractions and a rich …

Open
A no less impressive collection is presented by the Dobrée Museum bearing the name of its founder - the famous philanthropist Thomas Dobrée who lived in Nantes in the 19th century. The museum is located in a chic palace, which once belonged to Dobrée. He collected works of art throughout his life, so today the museum can also offer unique royal relics. The museum's unique collection of antiquities numbers more than 10,000 exhibits. 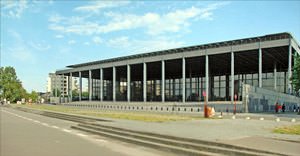 Of course, be sure to visit the impressive Castle of the Dukes of Brittany, the construction of which began in the 13th century. It belonged to the noble family of the Dukes for hundreds of years and then became a royal residence. The castle that survived the Second World War houses a fascist bunker. In 1942, after the restoration of the castle, the historical museum was opened here. Today its extensive exposition occupies 32 rooms.
Cuisine of Nantes for gourmet with top restaurants and cafe
The main feature of local cuisine and culinary art is plenty of sea foods. As a complement to inimitable dishes local restaurants offer their gusts to try some popular sorts of wine produced …

Open
Another cultural object that can not be ignored in Nantes is the Natural History Museum. It was founded in 1799 by a local pharmacist who has collected many interesting natural science exhibits. In 1806, the city authorities bought out his collection and opened a museum in the old school building, which continues to receive visitors for more than 200 years. In the first half of the 19th century, the museum moved to a new building. Since then, it is housed in the former mint building, which is of great architectural value. Today the main exhibit of the museum is the skeleton of a rare fin whale, whose length exceeds 18 meters.

This guide to iconic landmarks and sights of Nantes is protected by the copyright law. You can re-publish this content with mandatory attribution: direct and active hyperlink to www.orangesmile.com.
Nantes - guide chapters 1 2 3 4 5 6 7 8 9

♥   Castle 'Château de Goulaine' Loire-Atlantique, 11.2 km from the center. On the map

♥   Castle 'Château de Clisson' Loire-Atlantique, 25 km from the center. On the map

♥   Castle 'Château de Ancenis' Loire-Atlantique, 32.5 km from the center. On the map

National and city parks around Nantes
♥   Regional Nature Park 'Brière' , 54.8 km from the center. On the map

Art galleries in Nantes and around
♥   Art museum 'Musée des Beaux-Arts' Nantes, 0.4 km from the center. On the map

Search touristic sites on the map of Nantes

Sightseeing in regions nearby Nantes

Angers
In Angers, there are many museums that tourists will find interesting to visit. These museums tell about the history of the region and the development of mining. The former Hospital St-Jean is the first museum that tourists will find interesting to visit. The building is a gorgeous example of the architecture in the 12th century. The Museum of Fine Arts exhibits paintings of ... Open »
Rennes
The western part of Rennes is considered the most "modern" one. Here are located several large factories and industrial enterprises, as well as a new football stadium named after the local football team "Stade Rennais". One of the most famous attractions of Rennes is located in the city’s suburbs. We are talking about Ferme de la Bintinais. Here you can not only see ... Open »
Laval
Among the main sights of this town are the medieval castle Château de Laval and the ruins of the town’s gates and walls. These are the main symbols of Laval. In 1020 the town was more like several settlements that were slowly merging into one. In the XIII century here was built a bank and 5 gates. Only the gates named Beucheresse and Woodcutter gates have survived till our ... Open »
La Rochelle
On the west from La-Chaîne you will see a fort wall. The wall ends with a Lanterne tower that is also known as the tower of «four sergeants». In 1822 this tower became the place of capital punishment of the sergeants of the garrison. They were killed because of their attempt to overthrow the newly rebuilt monarchy. The walls of the tower also have carvings made by ... Open »
Brittany
Dinan is full of historical sites; the town is surrounded by a high wall that has survived since the Middle Ages. Among religious sights, the Church of Saint-Malo built in the 15th century, as well as the Basilica of the Savior built three centuries before are notable. A tour will be incomplete without a visit to the fortress city of Brest. In addition to numerous ... Open »
Le Mans
As soon as Man earldom joined the territory of France, it had to cope with numerous troubles. First Le Mans was damaged by religious wars, and then it became the arena for bloody battles between the revolutionists and counter-revolutionaries. It was conquered by the Germans in French-Prussian war. Later German troops took Le Mans once again during World War II. After the war ... Open »

All about Nantes, France - sightseeings, attractions, touristic spots, architecture, history, culture and cuisine. Prepare your trip together with OrangeSmile.com - find out the 'must see' things in Nantes, which places to visit, which excursions to take, where the breathtaking views are waiting for you. Planning your trip with this travel guide will help your to get the most out of Nantes in few days.