Sightseeing in Perpignan - what to see. Complete travel guide 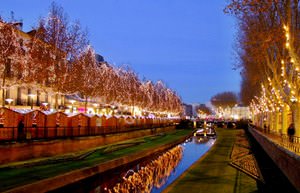 This town is located on one of the most picturesque valleys and is known as a center of winemaking and a popular tourist destination. The culture of this place was greatly influenced by its neighbor, Spain, so the streets here are narrow and twisting, and buildings are relatively massive and majestic.
Excursion over cultural sights of Perpignan - 'must visit' points of interest
Perpignan meets its guests with beautiful architectural complexes, ancient religious and fortifying constructions, numerous museums and scenic streets being the best destination for hiking. …

Open
The main attractions of the city are located around its main squares - Lodges and Verdun. One of the oldest monuments of the architecture is the local citadel and the chapel standing next to it. In front of the citadel is located a beautiful yard decorated with flower beds and sculptures. The most famous religious sight of this town is St Mary's Church which was built in the 16th century. Not far away from the church is located another religious sight - Saint-Jean Cathedral, which construction started in 1324 and lasted more than 200 years.
Art lovers should visit Rigaud Museum, which exhibits the collections of works of medieval masters. A bit far away from the center you will find an amazing architectural monument - Palais des Rois de Majorque. This majestic building is made in Gothic style. Many years ago the citadel was the residence of kings. Or course, no excursion is possible without visiting Chateau Royal de Collioure. It was founded in the 13th century and for many years remained the residence of the Kings of Majorca. After this the castle served as a trading port and a fortress. Copyright www.orangesmile.com
Advices to travellers: what you should know while being in Perpignan
1. The best way to pay for goods and services in Perpignan is national currency which should better be exchanged prior to a journey. Local banks and private currency exchange offices offer …

Open
Almost one third of the territory of Perpignan is occupied by greenery. La Miranda is one of the most popular parks of this place. Tourists come here to have a picnic, and the locals enjoy bike riding and roller skating among the trees and dazzling greenery. Just like any other large resort town, Perpignan features large choice of cafes and restaurants – there are more than five hundred of them on the territory of the town. 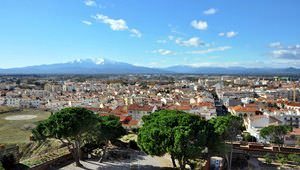 Walking through the historic streets of the city, you can see the beautiful Palais de la Deputation, one of the oldest buildings in Perpignan. Built in the 15th century, once it hosted the most important parliamentary sessions of the Roussillon region. The today's majestic palace built of massive stone looks almost like the original one. Over the years of numerous reconstructions, it has changed quite insignificantly.
Extraordinary weekend in Perpignan - unusual places, services and attractions for travel gourmet
…

Open
An important symbol of the ancient city is the gate of Le Castillet. The gate was built of beautiful red bricks back in the 14th century. Once this gate was an important part of the fortress wall, which has been almost completely destroyed over the years of its existence. The Castillet is one of its oldest parts. At the end of the 14th century, there was a prison in the gate. Today, it houses an interesting museum dedicated to traditions and art of Catalonia. 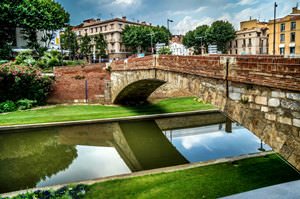 Nearby you can see another fragment of the ancient fortress walls - Porte Notre Dame. It was erected in 1478 by order of Louis XI. Since its construction, the Notre Dame was considered the main city gate. The gate we can see today is remarkable for its perfectly preserved interior decoration - it has an ancient spiral staircase and a massive wooden door. The historical building also houses a museum, the exposition of which is devoted to the ancient culture of the region and the most significant events in its history.
Cuisine of Perpignan for gourmet with top restaurants and cafe
A small cozy town in France, Perpignan will meet tourists with a vast choice of upscale restaurants, cozy cafes and stylish bars specializing in different culinary trends of the world. One …

Open
Movie enthusiast in Perpignan should definitely visit the historical Cinema Castillet opened in 1911. The cinema has remained one of the local residents' favorite leisure facilities for more than a hundred years. The historical building has managed to almost completely preserve a rich decoration of its facade. Despite its vintage look, the cinema with 8 comfortable halls is characterized by first-class technical equipment. 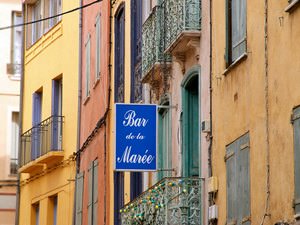 A kind of special attraction of the city is Perpignan Railway Station. It is particularly attractive for the fact that Salvador Dali himself worked on the station building's design. Visitors to the station can admire its unique artistic masterpieces even now. Besides that, the station building is distinguished by an abundance of unusual modern elements. It accommodates many interesting stores and souvenir shops.

This guide to iconic landmarks and sights of Perpignan is protected by the copyright law. You can re-publish this content with mandatory attribution: direct and active hyperlink to www.orangesmile.com.
Perpignan - guide chapters 1 2 3 4 5

City tours, excursions and tickets in Perpignan and surroundings

♥   Castle 'Château de Castelnou' Pyrénées-Orientales, 18.1 km from the center. On the map

♥   Castle 'Château de Ultrère' Pyrénées-Orientales, 21.5 km from the center. On the map

National and city parks around Perpignan
♥   Regional Nature Park 'La Narbonnaise en Méditerranée' , 37.4 km from the center. On the map

Sights around Perpignan from our guide 'Extreme places on Earth' 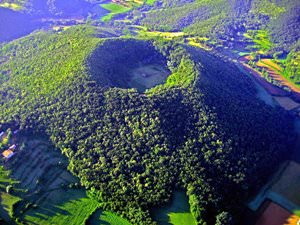 Distance from Perpignan center - 68.4 km.
In the surroundings of the volcano is a lot of excellent tourist trails with signposting. On some of them you can also drive by car. In 1982, La Garrocha district was declared a nature reserve, so the tourists visiting it should observe some important rules. There are special places for tents and picnics on the territory of the nature reserve. The tourists, who like to bring the natural souvenirs (eg pebbles and plants) from the picturesque regions back home, is recommended to do without this tradition. … Read further 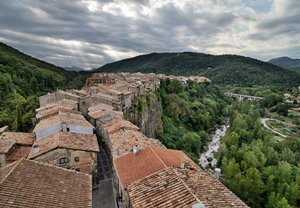 Distance from Perpignan center - 60.7 km.
According to historical data, this church was built in the 13th century. You can climb its bell tower and admire the unusual stone town from a height. In addition to the old church and unusual houses, there is a small cafe in the town. You can taste popular national dishes there. Some areas of the plateau offer wonderful panoramic views of the surrounding mountain scenery. They have formed as a result of volcanic activity thousands of years ago. … Read further

Search touristic sites on the map of Perpignan

Sightseeing in regions nearby Perpignan

Figueres
Young guests will find it interesting to visit the Museum of Toys. This interesting and unusual venue opened in the 80s of the 20th century in the former hotel building. Quite often, winter 1998 is specified as the museum’s opening date. This is the “second birth” of the museum as it was closed for renovation purposes and reopened in 1998. Nowadays, the establishment ... Open »
Narbonne
In 118 BC, the Romans established a colony in Gaul, and Narbonne was one of the settlements in that colony. At that time, the town was a seaport of great political importance. Besides that, the Romans established a strategic military base in the settlement. This settlement became the capital of Narbonne or as it was also called South Gaul. The town’s neighborhood became a ... Open »
Cadaques
The coastline has a complex shape near Cadaques. It looks like it was cut into several pieces. Because of this peculiarity, there are no big beaches here, but tourists will have no difficulty finding small and charming coastal areas perfect for sunbathing. This fact makes the resort town truly unique. You can easily find a suitable beach where not only you but also your ... Open »
Carcassonne
During a visit to the museum, you can see an ancient electric chair, guillotine, chastity belt, garrotte (a device used to strangle a victim), and a gantry. The exhibition of this museum usually impresses visitors because it is hard to imagine that these devices were used to torture people continuously. Some installations like a press machine crushing a human skull and ... Open »
Costa Brava
The name “Costa Brava” can be translated from Spanish as “wild shore”. The local landscape is full of rocky hills covered with fir and pine groves, picturesque bays and clean beaches with white sand. The coast is full of numerous ancient towns that are very hospitable to all visitors. Besides wonderful beaches this place attracts visitors by large choice of excursion ... Open »
Languedoc-Roussillon
Montpellier appeals not only to fans of excursions, but also to those who expect to devote a lot of time to shopping. The large market complex Halles Castellane offers a variety of products; a few steps away there is a beautiful square and the palace of Aragon, the magnificent architectural monument of the 13th century. The capital of the Roussillon province is Perpignan ... Open »

All about Perpignan, France - sightseeings, attractions, touristic spots, architecture, history, culture and cuisine. Prepare your trip together with OrangeSmile.com - find out the 'must see' things in Perpignan, which places to visit, which excursions to take, where the breathtaking views are waiting for you. Planning your trip with this travel guide will help your to get the most out of Perpignan in few days.