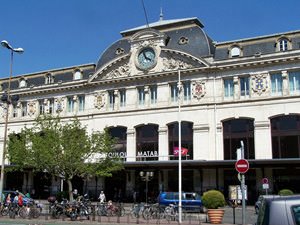 You can begin the tour around unique sights of the city with a visit to the Basilica of St Sernin. Since its foundation to the present day it continues to be the world's largest Romanesque church; the building is striking with its outstanding architectural style. The basilica was founded in the 11th century; a huge amount of priceless religious artifacts is kept within its walls. An old building has retained many elements of the wilderness, which makes it look even more fascinating.
Guide to Toulouse sightseeing - things to see and to visit
The most stylish city of France, this city is also known as a center of culture and recreation. The city is conventionally divided into Old and New Quarters. In the old part of this place …

Open
An interesting and unique attraction is the Le Chateau d'eau, the so-called old water tower. It was built in 1822 and has long been used for storing water. Today the beautiful tower is converted into a gallery. There are often interesting exhibitions and themed cultural events dedicated to photographic art in it.
The must see attraction is Capitolium. That’s the name of the beautiful palace built of awesome pink brick. For many years it was used for administrative purposes and has witnessed major events in the history of the city. The last large-scale reconstruction of the palace took place in the early 20th century, but architects have managed to keep intact some elements of the 16th century. Copyright www.orangesmile.com
Cuisine of Toulouse for gourmet with top restaurants and cafe
There are over eight hundred different restaurants, cafes and bars in Toulouse; there are real gastronomic attractions among them. The luxury restaurant Michel SARRAN is known far beyond the …

Open
Among the cultural institutions the Augustinian museum remains one of the most interesting ones. It is located in the awesome ancient monastery built in the gothic style. The beautiful museum houses a rich collection of paintings and sculptures; the age of many exhibits is about five hundred years. During the tour, visitors would hear an interesting story of an ancient monastery, which is also one of the major city attractions. 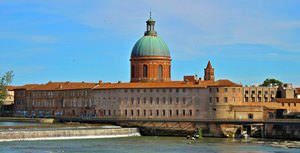 One of the most unusual architectural structures of Toulouse is the St Etienne Cathedral. Its construction has begun in the 11th century and lasted more than 600 years. Surprisingly, religious building was never completed. The city treasury hadn’t enough money to complete the construction. Now the old cathedral is a fascinating place storing collections of ancient tapestries. Among other interesting tourist sites Jacobins Church of the 13th century is worth mentioning. It is a unique structure built in one of the rarest and most complex architectural styles. Church hall has unique acoustics making it the permanent venue for concerts.

In the section below, you can get one of our excursion, activities or city discovery tours over Toulouse and surroundings. Our website offers 10-30% lower ticket prices, when compared to the offline purchase on the spot.

This guide to cultural sights Toulouse is protected by the copyright law. You can re-publish this content with mandatory attribution: direct and active hyperlink to www.orangesmile.com.
Toulouse - guide chapters 1 2 3 4 5 6

What to visit during two-day excursion in Toulouse

Art galleries in Toulouse and around
♥   Art museum 'Fondation Bemberg' Toulouse, 0.4 km from the center. On the map

♥   Art museum 'Musée des Augustins' Toulouse, 0.6 km from the center. On the map

Cathedrals and basilicas near Toulouse
♥   Cathédrale Saint-Étienne, Toulouse, 0.9 km from the center. On the map

♥   Basilique Sainte Germaine de Pibrac, Pibrac, 12.8 km from the center. On the map

♥   Ancienne cathédrale Saint-Alain, Lavaur, 32.4 km from the center. On the map

♥   Ancienne cathédrale Sainte-Marie, Lombez, 45.1 km from the center. On the map

♥   Cathédrale Notre-Dame-de-l’Assomption, Montauban, 46.2 km from the center. On the map

♥   Cathédrale Saint-Antonin, Pamiers, 56.2 km from the center. On the map

Unique spots in Toulouse and near 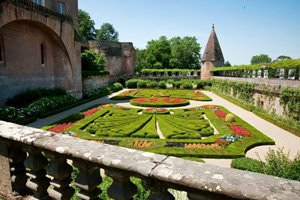 Distance from Toulouse center - 61.6 km.
Saint-Salvi Church is located nearby. It was part of a large monastery once. Only a few fragments have survived from this monastery to the present day. They were built in the late 13th century. The church managed to completely preserve its original design. Unique works of art are stored there. The bishop's palace is also preserved in the city. The art museum is open in it today. It is dedicated to the work of the artist Henri de Toulouse-Lautrec – one of the most famous natives of Albi. The museum's collection has also been enriched with works by other famous French painters in recent years. … Read further

Photogallery of cultural heritage of Toulouse

Excursions over cultural sights of neighbours of Toulouse

Baqueira-Beret
Iglesia De Santa Eulalia is another famous historical monument. Inside, you can see not only beautiful old frescoes but also interesting religious items made of stone. The church has preserved artistic wall decoration, wood finishes, and other interesting attributes. The church rises on a small hill and has some great viewing platforms on its adjacent territory. Be sure ... Open »
Andorra la Vella
One of the most remarkable architectural monuments of the city is the National Auditorium of Andorra Building constructed in 1991. The beautiful building is decorated in style of the 20th century. For many years, it has been remaining a place where concerts and other cultural events are organized. The concert hall seats up to 500 persons at the same time. Connoisseurs of ... Open »
Lourdes
The main landmark of Lourdes and the goal of thousands of travelers is the Sanctuary of Our Lady of Lourdes. It was built on the very spot where the Virgin Mary first appeared to St. Bernadette. The so-called "Domain" includes two basilicas. The Rosary Basilica (Basilique Rosaire) is built in neo-Byzantine style, and the Basilica of the Immaculate Conception (Basilique ... Open »
Languedoc-Roussillon
The most famous city of Roussillon is Perpignan that is a major commercial and cultural center. Located on the banks of the picturesque River Tet, the city is well known for its unique cultural traditions; they have remained unchanged for many hundreds of years. The compelling appearance of numerous historical buildings hasn’t changed too. Perpignan is surrounded by small ... Open »
Aquitaine Region
If you are in Aquitaine during a warm season, from April to October, visit the famous Cordouan Lighthouse. It is the oldest lighthouse in Europe. The lighthouse, built in the late 16th century, amaze with its beauty. What is interesting – the position of the “Sea Notre-Dame Cathedral” keeper is still not abolished. Another beautiful lighthouse is in Biarritz. It was built ... Open »
Perpignan
Perpignan meets its guests with beautiful architectural complexes, ancient religious and fortifying constructions, numerous museums and scenic streets being the best destination for hiking. Many spots of tourist attraction are scattered in the nearest suburbs of the city. That is why tourists visiting Perpignan will have a rather dense and engaging touring program. The most ... Open »

Culture guide to Toulouse. Which fascinating sights to visit once you are in Toulouse: temples, churches, museums, theaters and castles. Recommendations (with addresses, phone numbers and links) on the places 'must visit' in Toulouse. Plan your own city excursion by using this page info!