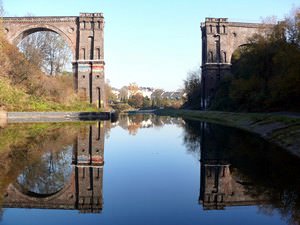 Without a doubt, Dellwig House is one of the most interesting architectural sights of Dortmund. This beautiful castle on water was built in the beginning of the 13th century. At that time it belonged to a noble family. During its centuries old history the castle has been repeatedly destroyed and rebuilt, so now the facade of the building is an interesting mix of different architectural styles. The main building is known as the oldest part of the architectural complex. The construction of that building took place in the middle of the 17th century.
Advices to travellers: what you should know while being in Dortmund
1. Travelers who plan to use public transport should consider that it is cheaper to purchase tickets a few days beforehand. They can also purchase a pass that is valid for all types of …

Open
St. Johannes Baptist Church is a beautiful religious building. Just like many of historic buildings of the city, the church was seriously damaged during the Second World War. Thanks to construction works that were carried out immediately after the end of the war, the beautiful church of the 14th century was restored. The only part of the building, which has been preserved during the war, is the east wing of the church.
Dortmund is home to a huge variety of museums. Museum of art and culture has always remained one of the most beloved places for tourists from all over the world. The location of the museum is also very interesting - a beautiful building of the early 20th century. The halls of the museum feature a rich collection of ancient sculptures, paintings, antique furniture and crafts. You will find a no less interesting collection of antique paintings in the Museum of Ostwall (this is the name of one of the city’s districts). The exposition contains approximately 2,500 paintings and features works by not only talented painters of past centuries, but also modern masters. The museum will be surely liked by those people, who are interested in modern painting. Copyright www.orangesmile.com
Extraordinary weekend in Dortmund - unusual places, services and attractions for travel gourmet
Dortmund is a large industrial city, and so tourists will need to spend some time trying to find historical landmarks there. That said, it is a mistake to think that fans of strolling and …

Open
Fans of gastronomic tourism are recommended to visit not only numerous restaurants of Dortmund, but also Cookbook Museum. The opening of this interesting institution was held in 1988. The museum contains a great collection of antiques that are in one way or another connected with the process of cooking. However, old cookbooks are the main exhibits of the museum. Some of these books are very old and were made a few centuries ago. Steinwache Museum is located in the old prison building. Here visitors will find out a lot of interesting information about the period of the Second World War. Among the exhibits present in the museum you will be able to see numerous historical documents, archives, and other artifacts. Guests are even offered to walk in prison cells and look into torture chambers, the design of which has remained unchanged through years. Despite its gloomy past Steinwache Museum is traditionally very popular among tourists.

In the section below, you can get one of our excursion, activities or city discovery tours over Dortmund and surroundings. Our website offers 10-30% lower ticket prices, when compared to the offline purchase on the spot.

This guide to cultural sights Dortmund is protected by the copyright law. You can re-publish this content with mandatory attribution: direct and active hyperlink to www.orangesmile.com.
Dortmund - guide chapters 1 2 3 4 5 6 7 8 9

What to visit during two-day excursion in Dortmund

Public palaces near Dortmund
♥   Palace 'Schloss Benrath' Düsseldorf, 57.2 km from the center. On the map

Cathedrals and basilicas near Dortmund
♥   Basilika St. Laurentius, Wuppertal, 36.7 km from the center. On the map

♥   Basilika St. Margareta, Düsseldorf-Gerresheim, 52.2 km from the center. On the map

Unique spots in Dortmund and near

Distance from Dortmund center - 52.9 km.
The authors of the project of an unusual staircase are Heike Mutter and Ulrich Genth. They managed to combine in one structure two functions at once: to make an excellent viewing platform and an unusual attraction. Many tourists prefer to stroll through the stairs in the evening, when it is decorated with spectacular artistic illumination. The design is quite of impressive scale. Its height reaches 13 meters. From the highest point of the staircase opens a wonderful panoramic view of the city. … Read further

Photogallery of cultural heritage of Dortmund

Excursions over cultural sights of neighbours of Dortmund

Bochum
Bochum is rich in museums dedicated to different spheres, but the most famous ones tell more about the industrial part of the city. The Deutsches Bergbaumuseum or the German Mining Museum is a fabulous place where all visitors of this wonderful city can learn more about its industrial past and the history of the Ruhr region. As this museum was founded in 1930, it exhibits a ... Open »
Gelsenkirchen
Very popular are tours of the old Nordstern Mine, near which you can find several more important historical sights. The mine itself is converted into a museum, which houses a large collection of old model trains. Close to the mines, there is the magnificent Amphitheater - one of the most original and daring modern buildings. While walking in the new town, vacationers will see ... Open »
Essen
Essen is one of the largest centers of coal industry. Mines remind about the great industrial past of the city. Now they are closed and converted into tourist facilities. Zeche Zollverein Schacht XII is considered a historical monument of world importance; it has been operating until 1986. Vacationers can walk through dungeons and learn about one of the largest coal mines in ... Open »
Wuppertal
A no less interesting architectural landmark is located in Elberfeld quarter. This is the building of the old town hall. The building is made in a pseudo-Gothic style and is decorated with graceful tall towers and huge panoramic windows. Currently the Town Hall is occupied by one of the local municipality offices, so visiting its interior premises is prohibited for visitors. ... Open »
Oberhausen
Fans of unusual tours and attractions should go explore the vicinity of the city where Halde Haniel is located. This stockpile was formed naturally through the course of industrial development of local deposits. It is notable for its scale and height of 159 meters. Now it is located in a vast landscape park where fascinating tours are held every day. Several years ago, a kind ... Open »
Munster
For a certain period of time the church served as a jail. Since that time the church has preserved three cages which are demonstrated to all the visitors. The most important historical landmark of the city is the building of old Town hall (the Altes Rathaus). This was exactly the place where in 1648 the Peace of Westphalia treaty was signed. The treaty put an end to the Thirty ... Open »

Culture guide to Dortmund. Which fascinating sights to visit once you are in Dortmund: temples, churches, museums, theaters and castles. Recommendations (with addresses, phone numbers and links) on the places 'must visit' in Dortmund. Plan your own city excursion by using this page info!