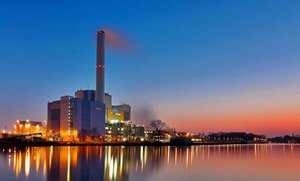 Oberhausen will please tour-goers with a variety of historical attractions and cultural centers. In the city, you can find the LVR Industrial Museum, one of the most amazing and unique in Germany. This museum has six branches, one of which is located in Oberhausen. Many years ago, the opening of new industrial centers contributed to the city's rapid development. Now the main part of the exposition presented in the museum is dedicated to the history of metallurgy, heavy industry, and industrial archeology. Even though the museum's subject is serious, it conducts fascinating tours that will be interesting to visit even with small children. Among its most unusual exhibits is a 10-meter hammer weighting 53 tons, as well as a giant steam locomotive. Apart from industrial attributes, the museum also keeps a large collection of historical documents and often shows thematic films.
Extraordinary weekend in Oberhausen - unusual places, services and attractions for travel gourmet
…

Open
One of the city's main historical symbols is the medieval castle Burg Vondern. It has changed many owners since the 13th century when it was built. The castle has managed to preserve many of its pristine elements. Until 1947, the building was privately owned. Subsequently, it was transferred to municipal ownership and later transformed into a large cultural center. Now it houses a small archaeological museum displaying finds discovered in the vicinity of the castle. Part of the halls of the historic building is reserved for temporary exhibitions and music concerts, and solemn halls can be rented for special occasions. Every year in August, knight tournaments and historic festivals take place on the castle's grounds.
An architectural monument of a later period is Schloss Oberhausen bearing the same name as the city. This classic-style castle was built at the beginning of the 18th century in an incredibly beautiful natural area on the riverbank. According to historical data, the very first castle was erected on this site at the turn of the 12th-13th centuries but it has not survived to this day. It was destroyed and rebuilt many times, and today so now you can see the building dating back to the 18th century. The last major reconstruction of the castle was carried out in 1947. Today, there is an art museum within its walls. Currently, some of its halls are reserved for temporary exhibition programs, so it'd be interesting to visit it even for those who are already familiar with the main exposition. Copyright www.orangesmile.com
Shopping in Oberhausen - main shopping streets, outlets and boutiques
The most popular shopping spot in Oberhausen is CentrO Shopping Center. It is one of the largest in the region, accomodating about 220 stores of various profiles. The shopping center is also …

Open
One of the most unusual symbols of the city is the Gasometer Oberhausen that has been the largest gas holder in Europe since its construction. The construction of this industrial facility took place in the period from 1927 to 1929, and in 1988, it has ceased to serve its intended purpose. The industrial building was not destroyed but converted into an amazing cultural center. Now it is the most visited object of Oberhausen. The large building has several thematic exhibitions. Here you can see incredible art installations, collections of sculptures, and paintings of various styles. Photo exhibitions are often held in the center too. On the upper floors of the industrial building, there are three observation platforms, which are considered the best in town. 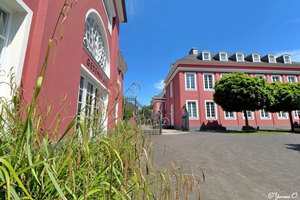 Fans of unusual tours and attractions should go explore the vicinity of the city where Halde Haniel is located. This stockpile was formed naturally through the course of industrial development of local deposits. It is notable for its scale and height of 159 meters. Now it is located in a vast landscape park where fascinating tours are held every day. Several years ago, a kind of amphitheater was formed in the park. In the warm season, open-air concerts and theatrical performances take place here regularly.
Guide to Oberhausen sightseeing - things to see and to visit
This is a large industrial city located in the western part of the country. Oberhausen got its modern name in 1847 and in 1929 its territory was greatly expanded by merging the neighboring …

Open
Oberhausen has preserved several old mines, which now serve as interesting industrial attractions. One of the most interesting is Zeche Osterfeld that can be found in a vast landscape park. During exciting tours of the mine, you can see old industrial facilities, as well as go down and check the conditions under which work was carried out here many years ago.

In the section below, you can get one of our excursion, activities or city discovery tours over Oberhausen and surroundings. Our website offers 10-30% lower ticket prices, when compared to the offline purchase on the spot.

This guide to cultural sights Oberhausen is protected by the copyright law. You can re-publish this content with mandatory attribution: direct and active hyperlink to www.orangesmile.com.
Oberhausen - guide chapters 1 2 3 4 5 6 7 8 9
Reference information
Map of all palaces

Public palaces near Oberhausen
♥   Palace 'Schloss Benrath' Düsseldorf, 34 km from the center. On the map

Art galleries in Oberhausen and around
♥   Art museum 'Museum Folkwang' Essen, 11 km from the center. On the map

♥   Art museum 'museum Kunst Palast' Düsseldorf, 26.3 km from the center. On the map

Cathedrals and basilicas near Oberhausen
♥   Basilika St. Margareta, Düsseldorf-Gerresheim, 25.5 km from the center. On the map

♥   Münster-Basilika St. Vitus, Mönchengladbach, 42.1 km from the center. On the map

Unique spots in Oberhausen and near

Distance from Oberhausen center - 58.9 km.
A beautiful sculpture of the Milan Madonna is located in the cathedral. It is also considered an outstanding sculptural creation in the Gothic style. Many beautiful legends are associated with Cologne Cathedral. According to one of them, the devil helped the architect Gerhard make drawings of the unique facade. The architect's wife managed to outwit the devil and save her husband's soul from a terrible fate. Another legend says that the devil was so angry at the deception that he predicted the end of the world on the day when the cathedral will be completed. Perhaps this is why one of the most beautiful Gothic cathedrals in the world was never completed. … Read further

Distance from Oberhausen center - 42.1 km.
The year 1901 is considered the official date of the museum's foundation. It occupied several rooms in the city hall building for the first three years of its existence. The museum moved to the former Protestant school building in 1904. It was located there until 1925. The museum was moved to the Karl-Brandt House in 1926. It stayed there until 1944. This historic building was destroyed during the Second World War. So the museum had to find a new location. It was located in the Oskar-Kühlen-Haus building until 1982. The museum building is an outstanding architectural landmark of Monchengladbach today. … Read further 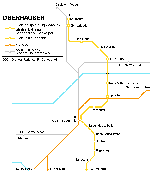 Photogallery of cultural heritage of Oberhausen

Excursions over cultural sights of neighbours of Oberhausen

Duisburg
Fans of art will be interested in visiting Museum of Wilhelm Lehmbruck. It is named in honor of the architect who designed the beautiful venue. The museum features works of sculptors from different parts of the world. The exhibition consists of about five hundred works. Probably, Lebensretter Fountain is the most recognizable symbol of the city. The fountain is located on ... Open »
Essen
Essen is a major industrial and exhibition center, business travelers are main guests of the city. Anyway, it is quite attractive for ordinary travelers. Essen was badly damaged during the Second World War; much of historical buildings were destroyed. The main historical symbol of the city and its most important attraction is the Essen Cathedral. This unique monument of ... Open »
Gelsenkirchen
Among cultural attractions of the city, it's worth noting the Musical Theater, the construction of which started in 1956 and lasted three years. The beautiful theater building is one of the most beautiful architectural monuments of the postwar period. The theater's huge hall can accommodate 1005 people at a time, offering luxurious design and unique acoustics. Several ... Open »
Bochum
One of the most famous artisans in the city made the bell in the middle of the 19th century. Since that time, the bell has been installed on the square in front of the city hall. Such an unusual monument is a reminder of the steel founding masters who lived in Bochum and made the city famous worldwide. In 1867, the giant bell became the winner of the Paris exhibition. ... Open »
Dusseldorf
The story of this educational facility is very unusual. Napoleon Bonaparte issued a decree concerning the opening of the Institute back in 1811. Military failures affected the plans of the Emperor, and the opening of the university was postponed for an indefinite period of time. The university was opened only in 1966. Market Square is a great place for walking. You will find ... Open »
Wuppertal
The opening of the abovementioned Botanical Garden took place in 1890. Today this is one of the most magnificent and beautiful gardens in Germany. The huge territory of the garden has become home to numerous tropical crops. During an excursion in the garden visitors will see approximately four hundred exotic plants. The garden is divided into several thematic zones. Its ... Open »

Culture guide to Oberhausen. Which fascinating sights to visit once you are in Oberhausen: temples, churches, museums, theaters and castles. Recommendations (with addresses, phone numbers and links) on the places 'must visit' in Oberhausen. Plan your own city excursion by using this page info!