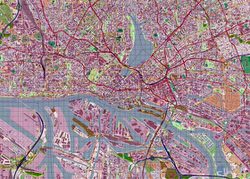 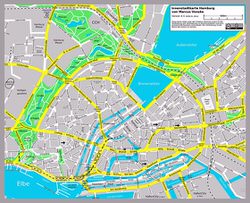 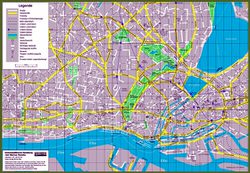 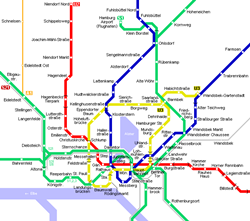 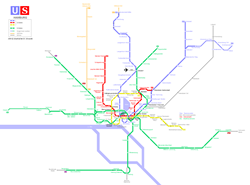 Interactive maps of hiking and biking routes around Hamburg

1. You can zoom in/out using your mouse wheel, as well as move the map of Hamburg with your mouse.
2. This interactive map presents two modes: 'Biking Routes' and 'Hiking Routes'. Use the '+' button on the map to switch between them.

This Hamburg map has two modes: 'Railway Network' and 'Landscape & Rural Map'. Use the '+' button on the map to navigate.

Our guide to Hamburg

Traditions and mentality of Hamburg

Hamburg DOM festival is known as one of the most exciting events in the life of the city. This majestic event is very popular among foreign tourists. Hamburg DOM is considered the most entertaining and colorful fair trade in Germany. The holiday is organized three times a year - in the middle of summer, winter and spring. During the days of the celebration the streets of the city are always full of various funny … Open

In Hamburg, tourists will have the opportunity to admire not only historical, but also natural attractions. The undistinguished symbol of the city remains the beautiful Alster Lake. On the shores of this lake today is an attractive park. Locals and tourists come here to have a picnic, enjoy hiking and active entertainment. Along the shores of the lake are luxurious villas of the wealthiest townspeople. In the warm … Open

One of the most beautiful and spectacular modern hotels in Hamburg is the Steigenberger Hotel Hamburg. Its rooms are decorated in an aristocratic style and further beautified with genuine works of art. The hotel is ready to offer its wealthy guests chic luxury rooms with an area of ​​more than 70 square meters, in which there is a large bathroom with a Jacuzzi. The hotel has a large spa with several types of … Open

Hamburg for children - what to visit

In Hamburg, you can plan a family vacation program for every taste. An obligatory part of the excursion program should be a visit to the Zoo “Tierpark Hagenbeck”. The zoo is incredibly interesting and large. It resembles a real tropical forest with a lot of unusual landscaping of stone and wood, as well as exotic plants. Children will love to watch nimble monkeys and crocodiles that live in a spacious aviary. … Open

The colorful and spectacular Prizeotel Hamburg-City is especially popular among young tourists. Its interior is striking in a variety of flowing forms, color shades, and rare designer accessories. Everywhere you look; on the floor, walls, and ceiling, you can see interesting graphic paintings, which helps to create all sorts of remarkable illusions. The rooms and public areas of the hotel are decorated with … Open

There are many antique shops in Hamburg. One of the most unusual among them is Steen Antiques & Interieur. Besides traditional antiquities, they sell vintage clothing and accessories. You can choose nice souvenirs, antique household decorations, works of art, postcards and photographs. Ladies will appreciate a good choice of costume jewelry. The wealthiest customers will be able to pick up precious jewelry. … Open