Detailed hi-res maps of Dresden for download or print 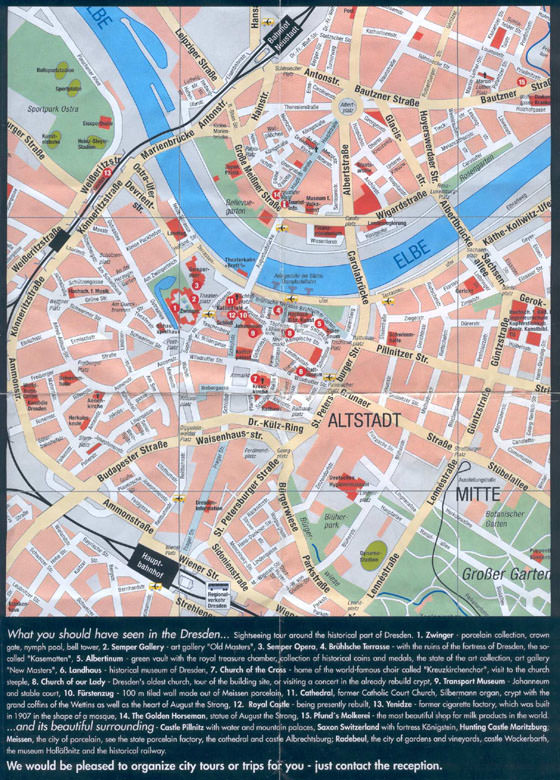 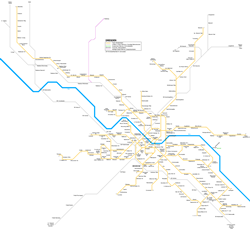 Search for services, infrastructure and sights on map of Dresden

Our guide chapters over Dresden

A modern designer hotel, Innside Dresden is a unique place with the exclusive laconic style, in which large light spaces feature a harmonious combination of white, sand, amber and coffee shades. Bathrooms are truly innovative areas that adopt new high-quality materials and semi-transparent panels. Clean lines, elegant style, and comfort are the qualities that attract many tourists from all over the world to the … Open

Old Market Square is a particular Dresden's attraction. It is located in the heart of the city and was built in the 14th century. Nowadays, the square is the permanent venue of interesting street festivals, fairs and other events. Almost every month, colourful fairs where you can buy the most popular national treats are held here. It's interesting to stroll around the Market Square during the Christmas season more … Open

Hotels with history of Dresden

One of the main landmarks of Striesen neighborhood, Hotel Smetana is open in an eye-catching historic building. Inside, guests will find more than 30 rooms made in different styles. The hotel features a very interesting collection of antique items, so travelers will be able to see not only beautiful old furniture, but also magnificent paintings by famous artists, old photographs, luxurious crystal chandeliers, and … Open

8. The amount of tips in local cafes and restaurants is 5 - 10% of the bill. You can also leave tips to taxi drivers and hotel employees. The tips of 1 - 3 Euros will be enough. 9. Travelers are encouraged to visit Dresden during national holidays and festivals. On these days many interesting events, fairs and sales take place in the city. 7. Dresden motorists strictly comply with all … Open

Dresden, like many other European cities, uses bicycles as the main transport, which is also very popular among local people. It is not surprising that there are numerous special points around the city, where everyone can rent an iron horse and go to a cycling. The city administration provided all the conditions and comforts for cyclists, including special paths and the parking places near every shop. If you prefer … Open

Weekend in Dresden in original style

Not sure how to make your vacation in Dresden more romantic? Visit the Globetrotter sports shop that can be safely called one of the most romantic places in the city. Here, besides a great number of pavilions with sports equipment, you will find a giant swimming pool that is located right in the heart of the shopping mall. Visitors are welcome to make a boat ride on this pool free of charge, enjoying the surrounding … Open