Detailed hi-res maps of Wurzburg for download or print 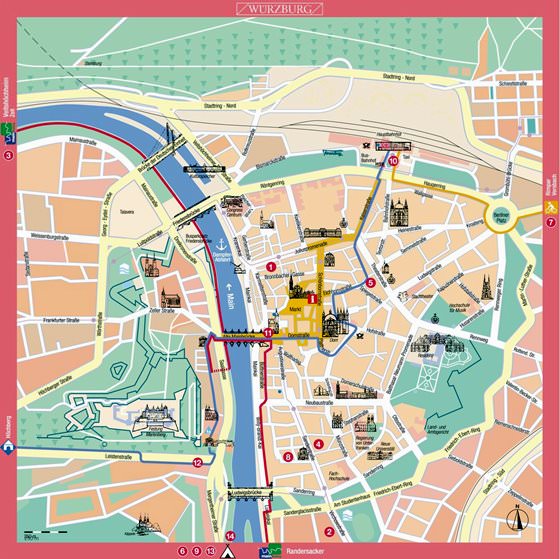 The actual dimensions of the Wurzburg map are 1024 X 1022 pixels, file size (in bytes) - 269097. You can open this downloadable and printable map of Wurzburg by clicking on the map itself or via this link: Open the map. 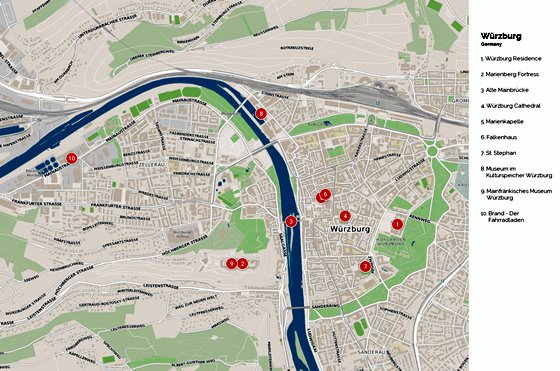 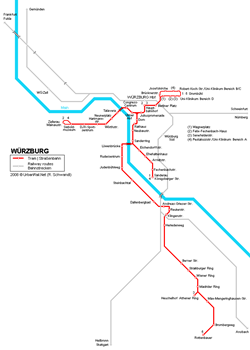 Search for services, infrastructure and sights on map of Wurzburg

Our guide chapters over Wurzburg

Würzburg is a place where tourists will find a huge choice of various gastronomic facilities. Weinstein - im Weingut am Stein is one of famous elite gourmet restaurants of the city. A dinner in it will definitely leave a lot of pleasant memories. The restaurant serves a rich choice of various gourmet dishes, as well as the best wine. The restaurant is equipped with its own cellar that stores more than two hundred … Open

Traditions and mentality of Wurzburg

The history of the city numbers more than two thousand years. During this time traditions and culture of the local people have changed a lot and many new customs have appeared. Today Würzburg is primarily known as a successful wine region, as well as a major center of musical culture. During year more than 300 concerts of classical music take place in Würzburg. Musicians from various countries come to the city to … Open

The most beautiful architectural landmark is the Fajtshehhajm Palace. For many years, it was the residence of bishops. Today in this beautiful palace there is an interesting museum dedicated to its former owners. The palace is surrounded by a stylish park, which is also an outstanding historical object. For the last hundred years, it has not changed at all. Now, in the park you can see many beautiful old sculptures, … Open

The bright and attractive Hotel Würzburger Hof is located in the very center of the city, a few steps away from the Juliusspital. It gained recognition among wealthy travelers thanks to its attractive rooms with a high ceiling, which are decorated with handmade wall paintings and exclusive designer furniture. The rooms also feature huge medieval-style wrought-iron chandeliers, authentic old paintings and antique … Open

On the territory of the Steinbachtal district is located one of the oldest hotels in Wurzburg – Ab ins Postkutscherl. Its opening took place in the year 1896, and for more than a hundred years now the hotel has pleased its guests with a cozy and welcoming atmosphere. During numerous reconstructions of the historic building, fragments of the original stone walls and wooden floors were preserved in the rooms, and … Open