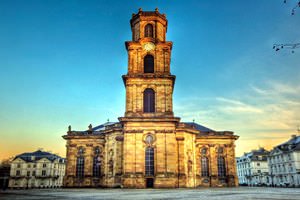 The city of Saarbruecken is known for its rich and bright cultural life as during the year the city holds numerous festivals and carnivals of global scale. One of such country scale festivals is the Filmfestival Max Ophuls Preis being devoted to German cinema art. The festival takes place in January and its program encompasses numerous engaging events among which festival guests will enjoy as the first showings of films so press conferences and interviews of famous film stars and film directors.
Guide to Saarbrucken sightseeing - things to see and to visit
Saarbruecken is a major scientific and university center that is also rich in cultural and historical monuments. For tourists this is primarily a sightseeing resort, which attracts visitors …

Open
The Premabuba carnival is traditionally held in the second part of February. Bright street parades and marches, plenty of unique costumes and dresses, loud music and breath taking entertainment shows are only few of the events on the schedule of the carnival lasting for three days and filling the city with unique inimitable festive atmosphere. The Weiberfasching carnival by a variety of entertainments and events equals to the February carnival. The Weiberfasching fest is celebrated in March. The youngest guests of the carnival are annually treated with the most exciting entertainment programs.
The most waited and popular event among foreign guests of Saarbruecken is the Nauwieser Street Festival. Thousands of artists take part in this scale event. The festival guests will meet musicians, dancers, painters and actors, thespians and other artists. An essential part of the scale fest is gastronomy events and competitions. Dramatic art admirers are recommended to visit the Altstadtfest Saarbrucken festival. The festival takes place in the open air being its peculiar feature. Copyright www.orangesmile.com
Cuisine of Saarbrucken for gourmet with top restaurants and cafe
The St. Johanner Place concentrates the most popular restaurants, cafes and bars of Saarbruecken. Tourists will find there as upscale restaurants so quiet budgetary cafes, small grocery …

Open
The summer in Saarbruecken starts a season of engaging sport events with the most popular among them being the Saar Spectacle holiday. Its guests are offered to observe various sport competitions as well as to take part in various games and contests. Christmas Eve sufficiently changes the city of Saarbruecken. The city sinks in a romantic festive atmosphere. The Christmas market starts in the last decade of November. Local shops, large stores and shopping centers start grand sales. Bright street performances are organized for the youngest visitors of the city. This is only a smallest portion of national holidays and ethnic celebrations being of great interest for tourists. Any visit to the city of Saarbriecken will feature an unforgettable ethnic fest.

This guide to traditions and festivals in Saarbrucken is protected by the copyright law. You can re-publish this content with mandatory attribution: direct and active hyperlink to www.orangesmile.com.
Saarbrucken - guide chapters 1 2 3 4 5 6

Cathedrals and basilicas near Saarbrucken
♥   Basilika St. Johannes der Täufer, Saarbrücken, 0.5 km from the center. On the map

♥   Basilique Notre-Dame de Bon-Secours, Saint-Avold, 25.4 km from the center. On the map

♥   Basilique Saint-Willibrord, Echternach, 76.7 km from the center. On the map

Survived castles around Saarbrucken
♥   Castle 'Château de Hombourg-Haut' Moselle, 19.2 km from the center. On the map

♥   Castle 'Château de Mouterhouse' Moselle, 37.4 km from the center. On the map

German mentality is associated with pragmatism, discipline, and pedantry. Lawmaking, diligence and a logical approach to everything allow the country to constantly develop and successfully move forward in both cultural and economic spheres. The Germans are very hardworking people. They are attentive to their work, carrying it out rigorously and conscientiously. They never allow themselves to be late, neither to work, nor to a meeting with friends. The Germans love order in everything. They always follow the rules, instructions, and do not give themselves any carelessness. Thanks to this, the German quality is known to the whole world. Locals consider work to be one of the key values, along with health. … Open 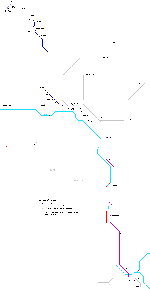 Colors of Saarbrucken in photos

Traditions and festivals in cities around Saarbrucken

Metz
The most significant event in the cultural life of the city is the annual Mirabelle Plum Festival. For the first time, locals began to celebrate the plum harvest more than a hundred years ago, and by 1947 it has acquired an official status. One of the main events of the two-week festival is the opening of markets in all central squares and streets. At such markets, you can ... Open »
Kaiserslautern
Kaiserslautern is an old city that has survived through many epochs. During its long history, the city hasn’t changed much in size, so it is still not very big. Perhaps, this is the reason why the atmosphere of peace and serenity reigns here. It feels like time has stopped in Kaiserslautern, so it is the right place to forget about all troubles and relax. Despite the fact ... Open »
Trier
Trier will amaze you with its beautiful nature, as far as about 52% of the area is covered with parks, forests, lakes, and quays. Locals take care of the environment and enjoy spending nice day on the nature with family and friends. The population of the city is rather small, and most of the residents are working in Luxemburg due to higher salaries and better job market. ... Open »
Dudelange
Residents of Dudelange are calm and reserved individuals. They will never use any rough words when dealing with others. In order to impress a local, simply do two things – follow local rules and express interest in local culture and traditions. It is also important to mention that residents of the town are incredibly friendly and open people. They are always ready to help, so ... Open »
Luxembourg
Locals treat travelers with great caution. They are always polite, fellowship, and happy to help. However, local residents also expect travellers to be polite and respectful. Any embarrassing or negligent behavior can greatly offend the townspeople. When it comes to topics for conversations, the locals do not like discussing culture and religion with visitors. In their point ... Open »
Nancy
Nancy is a major cultural center where many holidays and festivals dedicated to various spheres of culture take place every year. In summer, the city holds the International Choir Singing Festival in which performers from various countries take part. Many concerts within the framework of the event are held in the open air so Nancy's main square turns into a big concert venue. ... Open »

Cityguide on traditions, mentality and lifestyle of people in Saarbrucken. Learn the best periods to visit Saarbrucken to discover its soul - authentic festivals, events and celebrations. We will also reveal the interesting habits, attitude towards the world and to tourists in Saarbrucken.