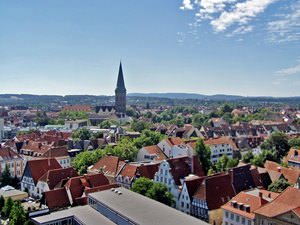 Osnabruck attracts travelers not only with outstanding attractions but also with beautiful holidays taking place throughout the year here. One of the most interesting is the annual Ossensamstag Carnival, which is usually held in February. Once a small carnival procession that was first held in 1976 has now turned into a large-scale celebration in which both locals and tourists take part.
Guide to Osnabruck sightseeing - things to see and to visit
The city is rich in traditions and places of interest. Travelers will not get bored in Osnabruck, because they will find surprises and numerous amusing entertainments right at every step. …

Open
The carnival procession begins on Johannisstraße Street. It is participated by local folk groups and musicians, as well as ordinary citizens. Spectators line up along the entire carnival route. According to one of the good traditions, they are generously showered with sweets and other sweets by carnival participants. The solemn procession ends at the old Town Hall, after which all people move to the nearest bars and pubs for further celebration.
All celebrations and festivals held in the city are necessarily accompanied by dance performances. Interestingly, Osnabrueck has its dance theater, which has been operating for over a hundred years. It was founded in 1909 and would be of interest even to those who have never before been interested in theatrical art. The city regularly hosts a short film festival called the Osnabrück Independent Film Festival. Actors and filmmakers from around the world take part in the event, which also became an excellent launching pad for many young film directors. Copyright www.orangesmile.com
Family holidays with kids in Osnabruck. How to entertain your child, things to show to children.
A family vacation in Osnabruck will delight every member of the family, as the city has entertainment for every taste. This German city is rich in attractions (Osnabruck Castle, St. Peter's …

Open
Since 2005, Osnabruck has been a permanent venue for the Morgenland Music Festival, which brings together fans of classical music. The 10-day festival program is not limited to musical performances alone. The festival attracts theater actors and artists, young fashion designers and people who succeeded in other areas of contemporary art. If you visit the city during this festival, you can attend amazing art exhibitions and literary evenings, admire works of modern photographers, and listen to the symphony orchestra. 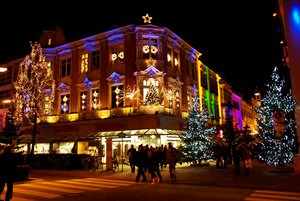 In recent years, Osnabruck has acquired the status of an international cultural center. Thousands of travelers from all over the world visit the city every year. The welcoming and friendly nature of the townspeople, as well as their enthusiastic attitude towards all the celebrations taking place in the city, makes holidays in Osnabrück even more enjoyable. Despite being open to innovation, the townspeople are also distinguished by some conservative views. They do not like changes in some aspects of life and try to follow the traditions that have developed over generations.
Cuisine of Osnabruck for gourmet with top restaurants and cafe
Osnabruck residents give preference to traditional cuisine typical of Lower Saxony. The local cuisine has many gastronomic symbols, it is diverse and surprising with new interesting dishes …

Open
A great example is local gastronomy, which rarely accepts any radical innovations or changes. Many of the dishes that are now popular with locals were cooked by their ancestors hundreds of years ago. Interestingly, cooking practices have remained unchanged since then. Since Osnabruck is now a major international tourism center, it has restaurants and bars of all possible profiles. However, local residents still prefer their favorite pubs, which serve dishes from local products familiar to them from childhood. 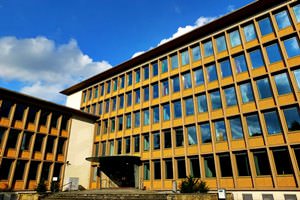 Cozy pubs and bars are among their beloved night-out destinations. It is here that people meet friends and relatives, as well as relax after a hard working day. Their favorite national drink is beer, which has long ceased to be regarded as alcohol here. In the region, they brew special light beers allowed in small quantities even for children. Local residents do not see anything reprehensible in such behavior. Don't be surprised seeing some office workers sitting at the next table over a glass of icy beer in the middle of a working day - this has long been the norm here.
Excursion over cultural sights of Osnabruck - 'must visit' points of interest
Osnabruck has many interesting historical symbols, as well as numerous museums and cultural centers. Connoisseurs of fine art will have a chance to visit the Haus-Museum Felix Nussbaum …

Open
Besides the love for traditional cuisine, Osnabruck residents are distinguished by their love for nature. This character trait manifests itself through the variety of well-groomed parks and gardens presented in the city. Citizens are so concerned about their hometown's beautification that they made themselves an artificial lake in a picturesque park and called them Rubbenbruchsee many years ago. The lake shores are now equipped with comfortable recreation areas and picnic sites. Local parks are never empty in good weather. For Osnabruck residents, outdoor recreation is one of the most popular ways of spending leisure.

This guide to traditions and festivals in Osnabruck is protected by the copyright law. You can re-publish this content with mandatory attribution: direct and active hyperlink to www.orangesmile.com.
Osnabruck - guide chapters 1 2 3 4 5 6 7 8

City tours, excursions and tickets in Osnabruck and surroundings

Cathedrals and basilicas near Osnabruck
♥   Dom St. Petrus, Osnabrück, 1.3 km from the center. On the map

Survived castles around Osnabruck
♥   Castle 'Burg Tecklenburg' , 17.9 km from the center. On the map

Colors of Osnabruck in photos

Traditions and festivals in cities around Osnabruck

Bielefeld
Fans of shopping and everyone craving for something new will definitely like the following event that takes place in Bielefeld several times a year. The Midnight Shopping is a late night shopping spree in the area near Bahnhofstraße. During two evenings, retailers don’t close their shops and offer special discounts and promotions for visitors who come to shop at night. ... Open »
Munster
Munster is always fun to visit on Christmas and New Year’s eve. The traditional Christmas fair opens it’s doors as early as the end of November. During this time, the city is decorated with artful illumination and colorful stalls with toys, souvenirs, and popular Christmas treats. Merry-go-rounds and attractions will keep your kids entertained at the fair, while you can ... Open »
Lemgo
In the summer months, it hosts the annual Sommertreff Music Festival in which modern music performers take part. Once this holiday was completely unknown and was visited only by residents of Lemgo and nearby settlements. Over the past ten years, it has acquired the status of a major international holiday attracting musicians from other countries. For several days, the ... Open »
Gronau
The language prevailing here is Westphalian dialect, the distinguishing feature of which is the pronouncing of a longer “a” sound, as well as the presence of some words that have no analogs in High German. However, traditional German is used for communicating with tourists, which in no way complicates the interaction between the interlocutors. Hot to get in good with ... Open »
Dortmund
Fans of hunting and fishing will be definitely interested in attending Jagd und Hund exhibition, which is usually held in late January. During this event the city hosts numerous hunting and fishing equipment trade fairs. Visitors are also welcome to visit interesting lectures and seminars dedicated to the protection of nature. Intermodellbau exhibition is devoted to another ... Open »
Oldenburg
Oldenburg is one of the oldest German cities that received its name in honor of a noble family. The challenging history of the city and its close proximity to Holland made local culture and traditions special, which will make any vacation even more interesting. For hundreds of years, Oldenburg has been one of the largest horse-breeding centers in Europe. Several farms breeding ... Open »

Cityguide on traditions, mentality and lifestyle of people in Osnabruck. Learn the best periods to visit Osnabruck to discover its soul - authentic festivals, events and celebrations. We will also reveal the interesting habits, attitude towards the world and to tourists in Osnabruck.