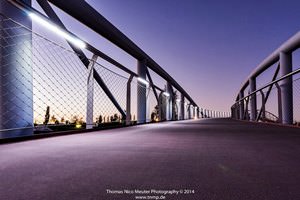 Leverkusen is rich in interesting historical sights, here you can plan an exciting excursion program. On one of the main streets is the old Protestant church Christuskirche built in the early 20th century on the initiative of the local community. Red brick served as the main construction material for the church. Thanks to the traditional rosette windows and decorative arches, the Christuskirche looks more than spectacular. Its tower rises to a height of 14 meters. During the Second World War, the religious shrine was badly damaged. Local residents managed to restore it in just two years, and now the old church has the status of an important cultural center for the city. In addition to divine services, it often hosts exhibitions in various fields of art, as well as classical music concerts.
Guide to Leverkusen sightseeing - things to see and to visit
Leverkusen is an industrial town in Germany located in the Northern Rhine - Westphalia, on the Rheine River between Dusseldorf and Koln. The population of this city estimated 161.3 thousands …

Open
The most interesting monument of modern architecture is Rathaus-Galerie - an extraordinary gallery that accommodates the city's largest shopping mall and the Town Hall. Thanks to the original design of its glass round roof, this is one of the most recognizable buildings in town.
Nearby is another picturesque church - Kirche St. Antonius, which is considered one of the best local examples of the neo-Gothic architecture. The church is quite small but thanks to the high spire it is visible from many streets. It is characterized by elegant interior design, the Catholic Church remains among the most visited by townspeople. Copyright www.orangesmile.com
Family holidays with kids in Leverkusen. How to entertain your child, things to show to children.
In Leverkusen, travelers with children can take a walk in picturesque places and visit interesting sights. The ideal place for a summer walk would be the Japanischer Garten. This charming …

Open
Not far from the railway station, you will find the original church Herz-Jesu-Kirche, which was completed in 1930. It is built in an industrial style, which makes it strikingly different from most churches dated by the first half of the 20th century. The building is adorned with a tall bell tower of a regular rectangular shape. Beautiful arched windows are executed at the top of the building and the tower. The refined interior of the church is made in the style of minimalism with quite a few decor items but a lot of free space. 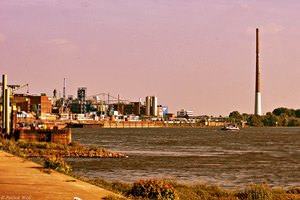 The city has preserved a very beautiful hunting castle called Morsbroich. Now it stands in a picturesque park surrounded by unusual landscape decorations and fountains. An interesting historical museum operating within the castle walls keeps a diverse collection of exhibits. Here you can admire antique furniture that once adorned the homes of wealthy local residents at the turn of the 19th and 20th centuries. The museum halls are decorated with authentic old paintings, a significant part of the exposition presented here is devoted to the history of the city's industrial development. The museum is located on the outskirts of Leverkusen where a calm atmosphere ideal for peaceful leisure reigns.
Cuisine of Leverkusen for gourmet with top restaurants and cafe
Leverkusen is characterized by a very satisfying cuisine with a clear predominance of meat dishes. Traditional German sausages, stews, and grilled meats, rich meat soups, and stews - all …

Open
The city also has the Art Museum, which houses artistic canvases of various specifics. Here one can see paintings created more than a hundred years ago, as well as work of the most famous regional painters of the mid-20th century. Several halls are reserved for temporary exhibitions - contemporary artists often present their works here. 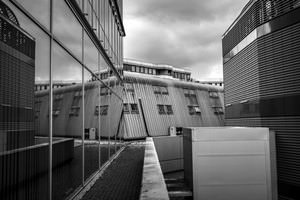 Popular entertainment for visitors to the city is a visit to the Water Tower, which is a must-have part of most local guidebooks. The height of this tower is 72 meters, it was built in 1978 to supply water to local industrial centers and residential buildings. The tower has an unusual structure and is visible from many city streets. Now it is used not only for its intended purpose, as an excellent observation deck is equipped at its top. Since its construction, the Water Tower has been one of the city's tallest buildings offering a wonderful circular panorama of Leverkusen.
Authentic traditions, festivals and lifestyle of Leverkusen inhabitants
Leverkusen was formed as an industrial city and even today its industrial potential is actively developing. It got its name in honor of the famous entrepreneur Carl Leverkus who decided to …

Open
An unchanged symbol of the city is the picturesque Japanischer Garten, one of the most beautiful of its kind in Germany. Many ornamental plants, trees, and shrubs are planted in this garden. In the summer, thousands of blossoming flower buds adorn this green place. Besides unique landscape compositions, here one can admire picturesque bridges and traditional garden houses that were built decades ago. Visitors can spend an exciting day in the garden with several artificial ponds on which birds live. Fans of walks will certainly appreciate the fact that many city streets are completely pedestrian. One of the most interesting for leisurely walks and admiring urban architecture is Wiesdorfer Platz.

In the section below, you can get one of our excursion, activities or city discovery tours over Leverkusen and surroundings. Our website offers 10-30% lower ticket prices, when compared to the offline purchase on the spot.

This guide to cultural sights Leverkusen is protected by the copyright law. You can re-publish this content with mandatory attribution: direct and active hyperlink to www.orangesmile.com.
Leverkusen - guide chapters 1 2 3 4 5 6 7 8
Reference information
Map of all palaces

Public palaces near Leverkusen
♥   Palace 'Schloss Benrath' Düsseldorf, 16.8 km from the center. On the map

Art galleries in Leverkusen and around
♥   Art museum 'Museum Ludwig' Cologne, 10.7 km from the center. On the map

♥   Art museum 'Romano-Germanic Museum' Cologne, 10.7 km from the center. On the map

♥   Art museum 'Wallraf-Richartz Museum' Cologne, 11.1 km from the center. On the map

Cathedrals and basilicas near Leverkusen
♥   Dom St. Peter und Maria, Köln, 10.6 km from the center. On the map

♥   Basilika St. Margareta, Düsseldorf-Gerresheim, 24.7 km from the center. On the map

Photogallery of cultural heritage of Leverkusen

Excursions over cultural sights of neighbours of Leverkusen

Langenfeld
Nearby is another picturesque Church of St. Jacobus, which is now located on the territory of a beautiful garden. The historic building built of brick is surrounded by ancient trees. This church is remarkable for its elaborate stained glass windows occupying a large part of the facade area. Such windows make the brick church look refined, it is one of the oldest churches in ... Open »
Cologne
Imhoff Stollwerck Chocolate Museum was opened not so long ago, in 1993. It is named in honor of the major company that produces favorite sweets of many people. The museum has a collection of interesting exhibits that have direct or indirect connection with the production of chocolate. Since this museum is a unique facility of its kind, there are always many visitors here. ... Open »
Dusseldorf
The story of this educational facility is very unusual. Napoleon Bonaparte issued a decree concerning the opening of the Institute back in 1811. Military failures affected the plans of the Emperor, and the opening of the university was postponed for an indefinite period of time. The university was opened only in 1966. Market Square is a great place for walking. You will find ... Open »
Wuppertal
The opening of the abovementioned Botanical Garden took place in 1890. Today this is one of the most magnificent and beautiful gardens in Germany. The huge territory of the garden has become home to numerous tropical crops. During an excursion in the garden visitors will see approximately four hundred exotic plants. The garden is divided into several thematic zones. Its ... Open »
Bonn
Schaumburg Palace, the building of which was completed in 1859, is a no less famous landmark of Bonn. Right after the building of the palace a beautiful large garden was laid next to it. Even nowadays the garden remains a favorite place of rest among both residents and travelers. Among the religious attractions of the city we simply cannot fail to mention Church of Jesus ... Open »
Gummersbach
It is worth mentioning the Schloss Ehreshoven, which is located near LVR-Freilichtmuseum Lindlar. The castle's stunning architecture immediately draws the attention, the building itself rises 114 meters above sea level. The first mention of the fact that there was a castle at this place dates back to 1355 when it was a very small building. Since that time, other buildings ... Open »

Culture guide to Leverkusen. Which fascinating sights to visit once you are in Leverkusen: temples, churches, museums, theaters and castles. Recommendations (with addresses, phone numbers and links) on the places 'must visit' in Leverkusen. Plan your own city excursion by using this page info!