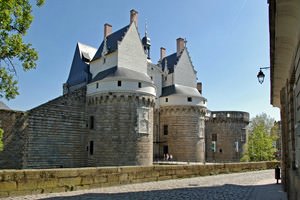 In the past, Nantes was known as a large industrial city, and now it is a major tourist center and a venue for many interesting holidays and international festivals. The most unusual holiday in the calendar of Nantes is La Folle Journée, a classical music festival whose name is translated from French as "Crazy Day". This festival got its name in honor of Beaumarchais' famous play and was first held in 1995. Its founder was the renowned producer Rene Martin. In the mid-90s, he decided to draw public attention to classical music, which has lost its former popularity in recent years.
Family holidays with kids in Nantes. How to entertain your child, things to show to children.
The city of Nantes situated at the mouth of the Loire River is a tourist destination worthy of being explored. Besides the fact that Nantes boasts of a great many attractions and a rich …

Open
He decided to organize short concerts, the duration of which wouldn't exceed 45 minutes, and make tickets as cheap as possible. In a matter of years, the festival has gained immense popularity, and now its program covers as many as five days. Concert venues located in Nantes can no longer ensure the full implementation of the program, so some surrounding cities take part in the festival too. A certain theme is chosen for the festival every year - the event is traditionally dedicated to the work of a certain composer.
The city's main musical festival takes place in early February, and in November, Nantes hosts the Festival des 3 Continents. It is one of the oldest film festivals in France that has been held annually since 1979. The event is dedicated to the national cinema of Africa, Asia, and Latin America. Over the years of its existence, the program of this festival has also expanded significantly. Within its framework, they award honorary prizes to the best producers and actors and grants for the production of films. Copyright www.orangesmile.com
Cuisine of Nantes for gourmet with top restaurants and cafe
The main feature of local cuisine and culinary art is plenty of sea foods. As a complement to inimitable dishes local restaurants offer their gusts to try some popular sorts of wine produced …

Open
Many tourists seek to visit Nantes on Christmas Eve when the city is enveloped in a unique festive atmosphere. The main streets and squares are decorated with festive garlands, bright decorations and souvenirs appear in shop windows. Travelers who visit Nantes during the Christmas holidays will have the opportunity to visit beautiful fairs, try popular treats, and watch exciting street performances. By tradition, the city’s largest Christmas market opens on Place Royale, and a smaller one can be visited on Place de commerce. 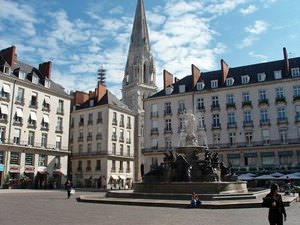 Besides traditional souvenirs and sweets, at every step they sell mulled wine, the aroma of which lingers in the air. Show programs are arranged for vacationers in the main city squares every evening, street musicians and artists perform near the shopping arcades. Mandatory festive attributes are carousels decorated with garlands installed in all public squares. It must be said that not only children, but also adults love to ride them - the townspeople enjoy their favorite childhood entertainment with great pleasure.
Excursion over cultural sights of Nantes - 'must visit' points of interest
A significant landmark of the destination which will be of great interest for all tourists is the Castle of the dukes of Brittany. It was the main residence of dukes of Brittany since its …

Open
Local residents are distinguished by an indifferent attitude to art and culture, which finds expression in literally everything. Even old industrial facilities and structures that are no longer used for their intended purpose were turned into amazing works of industrial art. In 2007, the opening of Les Machines de l'île took place in Nantes after three years of construction. 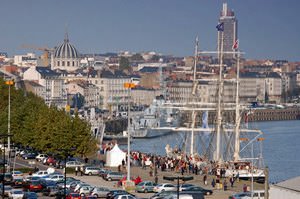 The main objects of the theme park are sculptures inspired by the inventions of famous technicians and industrialists. All the sculptures created by specialists are movable, some of them are designed in such a way that it's possible to see the entire internal structure in detail. The main symbol of the theme park is a 12-meter-tall elephant. On its back, there is a special platform that can accommodate more than 50 people. Everyone can ride the elephant and enjoy the panorama of the city from above.
Your active city break in Nantes. Attractions, recreation and entertainment - best places to spend your day and night here
The city of Nantes is of great popularity among shopping addicts as the destination features numerous original stores and shopping centers, foods markets and consumer goods markets. The most …

Open
Visitors to the park will find incredible carousels that look pretty frightful and will appeal to thrill-seekers. Such an unusual amusement park serves as a reminder for locals and guests of Nantes that once it had the status of one of the largest industrial centers in the region. Devices and equipment that once brought industrial prosperity to the city are currently available for studying while playing. Nantes is an amazing city of contrasts that will please all fans of modern art, vibrant holidays and festivals.

This guide to traditions and festivals in Nantes is protected by the copyright law. You can re-publish this content with mandatory attribution: direct and active hyperlink to www.orangesmile.com.
Nantes - guide chapters 1 2 3 4 5 6 7 8 9

Cathedrals and basilicas near Nantes
♥   Cathédrale Saint-Pierre, Nantes, 0.2 km from the center. On the map

♥   Basilique Saint-Nicolas, Nantes, 0.6 km from the center. On the map

♥   Basilique Saint-Donatien et Saint-Rogatien, Nantes, 1.5 km from the center. On the map

♥   Basilique Saint-Louis-Marie-Grignon-de-Montfort, Saint-Laurent-sur-Sèvre, 57.6 km from the center. On the map

♥   Cathédrale Saint-Pierre, Moûtiers, 57.8 km from the center. On the map

♥   Castle 'Château de Goulaine' Loire-Atlantique, 11.2 km from the center. On the map

♥   Castle 'Château de Clisson' Loire-Atlantique, 25 km from the center. On the map

♥   Castle 'Château de Ancenis' Loire-Atlantique, 32.5 km from the center. On the map

♥   Castle 'Château de Pornic' Loire-Atlantique, 43.5 km from the center. On the map

Colors of Nantes in photos

Traditions and festivals in cities around Nantes

Laval
Residents of Laval cannot be called punctual, being late for friendly and business meetings is very common here. Such behavior should not be regarded as disrespectful, as it is an integral part of the etiquette people are used to. The higher the social status of a person, the more allowable for him to be late, regardless of the type of meeting. Laval residents are ... Open »
La Rochelle
In July, the city holds the traditional music festival Francofolies, whose name can be translated as “French madness”. French-speaking musical bands play music within the framework of this festival, performers of various styles are invited to the event. The festival program usually lasts 6 days, more than thirty years ago the music festival was held for the first ... Open »
Brittany
They always welcome new guests and treat them as good old friends. In rural places you can taste real apple cider, which is considered the national drink, and enjoy the most popular national dishes in their classical version. Don’t be surprised if the barkeeper would ask to throw a chuck in a fireplace or talk with new acquaintances, as such behavior and communication style ... Open »
Le Mans
One can plunge into the unique atmosphere of the past years during a regular walk. Le Mans has preserved unusual manholes, which were created hundreds of years ago. On them, you can see the city's old coat of arms or other symbolic images. Facades of many old buildings are decorated with interesting sculptures, each one with its own history. Walking through the streets of the ... Open »
Normandy
A self-respecting Norman will never buy a Chinese counterfeit instead of Dior handbag or clothes of an unknown Taiwanese brand instead of expensive designer outfits. There are not many people in Normandy who come in time for meetings. Workaholism is not common here. On the contrary, the locals themselves are happy to leave work early or take their mind off their duties at ... Open »
Brest
At the mention of the city of Brest, the mind immediately draws a picture of the sea coast and cannons. The city has always been a defender of France on the west coast, it was badly damaged during the Second World War, although nothing reminds us of these terrible events today - the city has been reborn from the ashes like Phoenix. And this helped the local residents to learn ... Open »

Cityguide on traditions, mentality and lifestyle of people in Nantes. Learn the best periods to visit Nantes to discover its soul - authentic festivals, events and celebrations. We will also reveal the interesting habits, attitude towards the world and to tourists in Nantes.