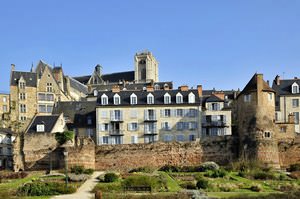 Le Mans is one of the largest cities in France and its main characteristic is the unique historical atmosphere. The city has preserved a very beautiful historic area where one can admire medieval architecture even today. The atmosphere here is so authentic and unique that the colorful Old Town became a popular location for film shooting. By far not every French town can boast unusual hanging houses, which were once built right above busy roads so as not to block the way for carriages passing through them.
Advices to travellers: what you should know while being in Le Mans
1. The public transport system is well-developed in the city. One can get to any areas of interest by bus, and a tram runs from the railway station to the Old Town. 2. In the Old Town, …

Open
One can plunge into the unique atmosphere of the past years during a regular walk. Le Mans has preserved unusual manholes, which were created hundreds of years ago. On them, you can see the city's old coat of arms or other symbolic images. Facades of many old buildings are decorated with interesting sculptures, each one with its own history. Walking through the streets of the Old Town can turn into a real quest. Some of its districts are interconnected by secret passages, which are quite difficult to find.
The townspeople's love for their history and traditions does not fade even in the conditions of modern life. A few years ago, a unique cultural center was founded in Le Mans. It is called Arche de la Nature and its purpose is to preserve regional traditions, art, and nature. Dozens of themed holidays are organized all year round in the center, which is located in a picturesque park. Its visitors can get to the Apple Festival, get acquainted with the historical bread-making traditions or chat with local beekeepers who produce the best honey in the region. Copyright www.orangesmile.com
Guide to Le Mans sightseeing - things to see and to visit
Le Mans is a town in France that is also the center of the Sarthe administrative department. The population of the city estimated 141.4 thousand in 2005. Once this city has been the capital …

Open
The cultural center often hosts horse shows where one can see the best horses of the Percheron breed. They began to breed horses in the vicinity of the city began back in the Middle Ages, and now one of the most famous horse-breeding centers in France is located here. Besides, the cultural center organizes unusual thematic tours. In winter, guests are invited to watch hunting foxes and fighting deers in the nearby woods. This center is highly recommended to anyone who wants to get acquainted with the peculiarities of the local culture. 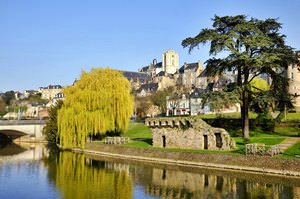 Le Mans is known to many tourists for the annual car race "24 Hours of Le Mans", which became a kind of historical symbol of the city. It was first held in 1923, and today a part of the racetrack passes directly through the city roads. The unique sports car race is known all over the world, it is a real test of endurance for both drivers and cars participating in the competition. During the race days, special stands and platforms for spectators are equipped along the entire route. The sports event is attended by tens of thousands of people from around the world.
Family holidays with kids in Le Mans. How to entertain your child, things to show to children.
In the small town of Le Mans, there is a lot of interesting entertainment for tourists with children. In the warm season, they should definitely visit the entertainment complex Piscine Les …

Open
Not everyone knows that the winners' modern tradition of spraying champagne over the crowd was born at the race in Le Mans. In the 60s of the last century, Dan Gurney won the race. During the award ceremony, organizers handed him a traditional bottle of champagne. The driver was so happy about his victory that uncorked a bottle right on a victory stand and began spraying everyone nearby. This tradition was liked by others so much that now it is part of virtually all major racing competitions. Even sportsmen from Muslim countries adopted the tradition, but since religion does not allow them to drink alcohol, drivers are presented with non-alcoholic fizzy drinks. 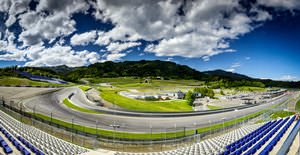 The modern city has many interesting traditions, most tourists are eager to visit it in the summer. Throughout the three summer months, a very interesting even called The night of the Chimeras is organized in the Old Town. When nightfall comes, a fantastic light show is arranged on the historic streets. Beautiful images of various subjects are projected onto the walls of ancient cathedrals and houses. It is incredibly interesting to watch such a spectacle so even after sunset the historical district remains quite crowded.
Cuisine of Le Mans for gourmet with top restaurants and cafe
Among vacationers staying at Le Mans, local restaurants are considered the most popular. However, among diverse gastronomic establishments, restaurants and cafes that specialize in a variety …

Open
The Onion Fair, which is usually held in September, is considered the brightest and most interesting autumn holiday. A permanent venue is Avenue de la Libération where, besides stalls with all possible varieties of onions, several open-air kitchens work for visitors. Guests of the fair can enjoy traditional dishes, the main component of which is onions. Here they prepare several types of onion soup, the traditional onion tart, as well as various types of onion bread.

This guide to traditions and festivals in Le Mans is protected by the copyright law. You can re-publish this content with mandatory attribution: direct and active hyperlink to www.orangesmile.com.
Le Mans - guide chapters 1 2 3 4 5 6 7

Cathedrals and basilicas near Le Mans
♥   Cathédrale Saint-Julien, Le Mans, 1 km from the center. On the map

♥   Basilique Notre-Dame du Chêne, Vion, 41 km from the center. On the map

♥   Abbaye Saint-Pierre, Solesmes, 41 km from the center. On the map

♥   Basilique Notre-Dame d’Alençon, Alençon, 48.5 km from the center. On the map

♥   Basilique Notre-Dame de Montligeon, La-Chapelle-Montligeon, 63.4 km from the center. On the map

♥   Basilique-Cathédrale Notre-Dame, Sées, 67.3 km from the center. On the map

♥   Basilique Notre-Dame de l’Immaculée-Conception, Sées, 67.6 km from the center. On the map

♥   Castle 'Château de Thorigné-en-Charnie' Mayenne, 42.1 km from the center. On the map

Colors of Le Mans in photos

Traditions and festivals in cities around Le Mans

Laval
It is noteworthy that many traditions and rules of etiquette have an increased significance for local residents in such small cities as Laval. They are slowly forgotten in metropolises, whereas in rural settlements and towns with a small number of residents they still remain very relevant. To show your respect for local traditions, it is enough to follow a few simple rules. ... Open »
Normandy
The process of Gran Sakr is held in Villedieu-Les-poêles every four years. It is made in honour of the founding of the order of Malta. You can come here in April and see the European Le Mans Series championship or visit Jazz Festival. If you’ve decided to come to Normandy in May, be sure to visit Honfleur and take part in celebration the Blessing of the Sea on Sunday which ... Open »
Le Havre
The city is famous for its well-developed industry. It receives income not only from tourism, which is quite interesting, given the extraordinary beauty of the resort city. That's why it can be considered a truly unique city - just like local people. Despite having something to be proud of, they never brag or boast about anything. This shows their simplicity, as well as the ... Open »
Versailles
Dresses were an important part of the court etiquette. Everyone had to dress appropriately, especially for the Grand Couvert. Women put on fancy dresses and men attached swords to their outfits. If someone had to sword, he could even rent one in Versailles. Finally, in order to enter or leave a room, nobility had to wait for an usher to open the door. As only ushers were ... Open »
Provence - Cote d'Azur
Carnival starts in the second half of February and usually lasts for two weeks. It is attended by hundreds of well-known actors from different countries. The rich program of carnival includes music and theatrical performances. The Battle of Flowers is considered to be the culmination of the event. The incredibly beautiful platform decorated with flowers passes through the ... Open »
Paris
Paris is famous for its colorful celebrations and folk festivals. Various interesting events take place here on New Year's Eve and Christmas. June 21 is the day of a prominent music holiday - this event is heavily anticipated by music lovers from different countries of the world. All day long the squares of the city are turned into concert venues, on which are performed free ... Open »

Cityguide on traditions, mentality and lifestyle of people in Le Mans. Learn the best periods to visit Le Mans to discover its soul - authentic festivals, events and celebrations. We will also reveal the interesting habits, attitude towards the world and to tourists in Le Mans.