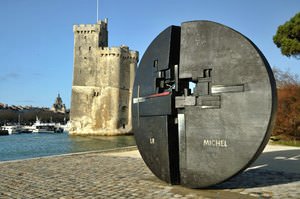 Many consider La Rochelle as a typical provincial town. Indeed, it has a very calm and measured rhythm of life, nothing breaks the atmosphere of harmony reigning here on a normal day. At the same time, La Rochelle is often called the "City of Festivals". Some of the most famous and popular festivals in France are held here throughout the year.
Cuisine of La Rochelle for gourmet with top restaurants and cafe
It is simply impossible to imagine the full-fledged vacation without visiting local gastronomic places. Vacationers can find attractive restaurants and cafes in each area of ​​La …

Open
In July, the city holds the traditional music festival Francofolies, whose name can be translated as “French madness”. French-speaking musical bands play music within the framework of this festival, performers of various styles are invited to the event.
The festival program usually lasts 6 days, more than thirty years ago the music festival was held for the first time. All these years, La Rochelle is a permanent venue for the festival. Open-air stages are set up for musicians on the city streets and squares. Every concert attracts thousands of spectators, as many world-famous performers take part in the festival today. Young musicians also perform on the same stage with eminent stars. In recent years, more than 80,000 spectators visit the festival regularly. Copyright www.orangesmile.com
Excursion over cultural sights of La Rochelle - 'must visit' points of interest
La Rochelle is a beautiful city with an abundance of historical sites. Those, who want to stay away from the bustle of big cities and noisy entertainment centers inherent to most popular …

Open
La Rochelle is a permanent venue for the annual Escales Documentaires of la Rochelle. At the same festive venue, this documentary film festival brings together major international figures and those who are just trying their hand at filmmaking. During the festival, guests of the city can visit interesting premieres, as well as enjoy plenty of interesting thematic programs. Special attention is always paid to films devoted to significant historical events. In recent years, one of the relevant themes for the festival is environmental issues, which are also covered in many modern documentaries. The festival is accompanied by many interesting contests, participation in which is considered very prestigious. 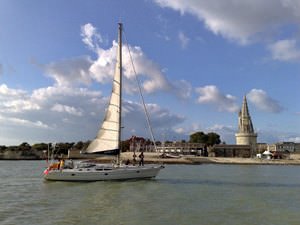 La Rochelle hosts one of the most modern and vibrant festivals of contemporary music - Les Francofolies de La Rochelle. This event always attracts a huge number of young people; famous rock bands, popular music performers, as well as world-famous DJs join the festival. Several special concert venues are prepared the city specifically for this grandiose 5-day festival.
Your active city break in La Rochelle. Attractions, recreation and entertainment - best places to spend your day and night here
La Rochelle isn't distinguished by an abundance of noisy entertainment venues and nightclubs, but both fans of active pastime and dancers would find a suitable place to relax here. In the …

Open
They are designed in such a way that the atmosphere at the venue matches the style of musical performers as close as possible. Big open-air stages are set up for rock bands and electronic music DJs, while classical music performers give concerts within the walls of the city’s main Grand Theater. In recent years, the music festival has significantly expanded its program, now it is attended by artists of various directions. 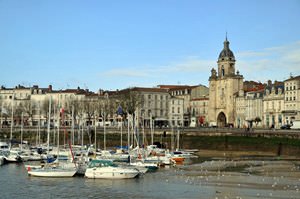 Special demonstration venues are prepared for them in the harbor where modern artists, sculptors, and photographers present their masterpieces. It is noteworthy that the music festival also has a pronounced environmental focus, many environmental projects are carried out within its framework. Tourists are attracted here not only by concerts but also by the opportunity to visit colorful markets, as well as participate in interesting gastronomic programs.
Advices to travellers: what you should know while being in La Rochelle
1. Several daily trains to Paris depart from La Rochelle; the journey takes less than three hours. Day trips to the French capital are popular among travelers. Budget travelers prefer to …

Open
La Rochelle is a permanent venue for the major international exhibition Grand Pavois, which is the largest marine show in Europe. The venue is the city's harbor where the world's best yachts and boats, cruisers and other vessels are presented to the public. The most famous manufacturers in the world take part in the festival, the cost of the ships presented at the exhibition reaches several million US dollars. Next to the luxury yachts, one can see some elite models of fishing boats, which are considered the best of the best. A large part of the festival events is free of charge so it is also a popular attraction for ordinary tourists. 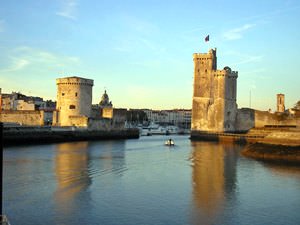 The exhibition was organized in 1973 for the first time and now a large-scale festival is accompanied by all kinds of sporting events and other entertainment activities directly related to the marine theme. Surprisingly, such a rich festive calendar doesn't prevent La Rochelle from remaining a very harmonious and calm town that hasn't lost its historical charm. Locals are proud of their unique culture and always ready to introduce foreign guests into its peculiarities.

This guide to traditions and festivals in La Rochelle is protected by the copyright law. You can re-publish this content with mandatory attribution: direct and active hyperlink to www.orangesmile.com.
La Rochelle - guide chapters 1 2 3 4 5 6 7 8 9

Cathedrals and basilicas near La Rochelle
♥   Cathédrale Saint-Louis, La Rochelle, 0.6 km from the center. On the map

♥   Cathédrale Notre-Dame, Luçon, 32 km from the center. On the map

♥   Ancienne cathédrale Saint-Pierre, Maillezais, 38.6 km from the center. On the map

♥   Basilique Cocathédrale Saint-Pierre, Saintes, 61.7 km from the center. On the map

♥   Basilique Notre-Dame-de-la-fin-des-Terres, Soulac-sur-Mer, 72.6 km from the center. On the map

♥   Castle 'Château de La Rochecourbon' Charente-Maritime, 46.6 km from the center. On the map

♥   Castle 'Château de Villeneuve-la-Comtesse' Charente-Maritime, 50.6 km from the center. On the map 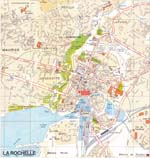 Colors of La Rochelle in photos

Traditions and festivals in cities around La Rochelle

Nantes
The city's main musical festival takes place in early February, and in November, Nantes hosts the Festival des 3 Continents. It is one of the oldest film festivals in France that has been held annually since 1979. The event is dedicated to the national cinema of Africa, Asia, and Latin America. Over the years of its existence, the program of this festival has also expanded ... Open »
Bordeaux
Every two years Bordeaux hosts a famous celebration that attracts thousands of travelers from different countries of the world. This is the famous wine festival «Bordeaux Fete le Vin». This festival is visited by wine manufacturers and connoisseurs of this amazing drink. Experienced collectors are also not rare guests of this event. As a rule, they come there to buy new ... Open »
Limoges
Enamel production has flourished until the 18th century, and then gave way to other unique craft, making porcelain. This activity also falls into the category of fire crafts, so it has further strengthened the status of the city. The emergence of crafts was associated with a deposit of special white clay that has been found in the immediate vicinity of Limoges in the second ... Open »
Laval
Local people's character and behavior may seem quite unusual to many foreign tourists. They are very committed to their culture and native language, which is the reason why they are extremely reluctant to speak other languages. Anyone who decides to visit Laval should definitely take along a French phrase book, as well as learn a few simple phrases in English. The attitude ... Open »
Aquitaine Region
If you want to get the maximum pleasure from your vacation in Aquitaine, consider some peculiarities of French mentality in communication with the locals. First of all, be ready, that the French don’t like to speak English, and not many people actually know it. It seems that the French learn respect for themselves and their homeland from the mother. Sometimes it evolves into ... Open »
Le Mans
The townspeople's love for their history and traditions does not fade even in the conditions of modern life. A few years ago, a unique cultural center was founded in Le Mans. It is called Arche de la Nature and its purpose is to preserve regional traditions, art, and nature. Dozens of themed holidays are organized all year round in the center, which is located in a ... Open »

Cityguide on traditions, mentality and lifestyle of people in La Rochelle. Learn the best periods to visit La Rochelle to discover its soul - authentic festivals, events and celebrations. We will also reveal the interesting habits, attitude towards the world and to tourists in La Rochelle.