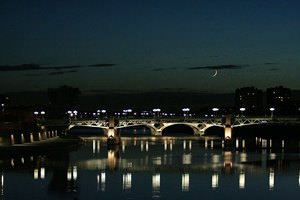 Toulouse is famous to many travelers because of the annual colorful event, the Toulouse Violet Festival. For many years, it remains the most recognized and most visited local celebration. The festival is held in the beginning of February. For two days the city hosts surprisingly interesting exhibitions and themed events. The festival brings together best florists of the country, as well as experts from other countries. They bring the most beautiful and unique varieties of flowers with them. Festival visitors can not only enjoy wonderful creations of nature, but also buy their favorite varieties of violets.
Excursion over cultural sights of Toulouse - 'must visit' points of interest
You can begin the tour around unique sights of the city with a visit to the Basilica of St Sernin. Since its foundation to the present day it continues to be the world's largest Romanesque …

Open
This event is the biggest of its kind, and Toulouse is often called the capital of violets. The main event of the festival is the competition of violets; the victory is the best reward for any florist. The beautiful flower festival will be interesting to absolutely everyone, as lot of entertainment events for all the family and for little ones are held during the holiday. The cultural life of the city is not limited to the Violet Festival only; Toulouse hosts over ten awesome festivals of international scale.
The most interesting spring holiday for tourists are Days of Circus; the name of this festival speaks for itself. In summer Toulouse is always visited by many young travelers and fans of progressive music styles. In late June, the music festival called E- siesta starts; it lasts for several weeks. Traditionally, this large-scale music festival is visited by world-famous artists and DJs. The vast part of entertainment events takes place in the open air. Copyright www.orangesmile.com
Your active city break in Toulouse. Attractions, recreation and entertainment - best places to spend your day and night here
Toulouse is the perfect place for an active and exciting holiday. The choice of entertainment options for guests of the city is just unlimited. The Cite de l'Espace is an amazing place for …

Open
After the youth festival another fascinating music festival is held. The Summer in Toulouse Festival is well known to music lovers from all around the world. The beautiful autumn festival - The September Spring – is popular among fans of modern art and theater. It usually starts in the second half of September and lasts until mid-October. The string of colorful events and festivals terminates with traditional Christmas markets. In December Toulouse is always visited by many foreign visitors.

This guide to traditions and festivals in Toulouse is protected by the copyright law. You can re-publish this content with mandatory attribution: direct and active hyperlink to www.orangesmile.com.
Toulouse - guide chapters 1 2 3 4 5 6

Cathedrals and basilicas near Toulouse
♥   Basilique Notre-Dame de la Daurade, Toulouse, 0.4 km from the center. On the map

♥   Basilique Saint-Sernin, Toulouse, 0.5 km from the center. On the map

♥   Cathédrale Saint-Étienne, Toulouse, 0.9 km from the center. On the map

♥   Basilique Sainte Germaine de Pibrac, Pibrac, 12.8 km from the center. On the map

♥   Ancienne cathédrale Saint-Alain, Lavaur, 32.4 km from the center. On the map

♥   Ancienne cathédrale Sainte-Marie, Lombez, 45.1 km from the center. On the map

♥   Cathédrale Notre-Dame-de-l’Assomption, Montauban, 46.2 km from the center. On the map

Survived castles around Toulouse
♥   Castle 'Château de Berthier' Haute-Garonne, 5.3 km from the center. On the map

♥   Castle 'Château de Salvetat-Saint-Gilles' Haute-Garonne, 13.4 km from the center. On the map

♥   Castle 'Château de Fourquevaux' Haute-Garonne, 16.8 km from the center. On the map

Unique landmarks in Toulouse and around 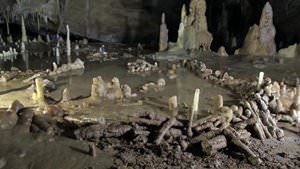 Distance from Toulouse center - 52.8 km.
French Bruniquel Cave also attracts a lot of researchers. There were found two stone circles which were built more than 170 000 years ago. The researchers have no doubts that these mysterious circles were made by people. The main material was the parts of stalactites and stalagmites. In order to make the circles, there were used about 400 parts which were connected to the fire. … Read further

Colors of Toulouse in photos

Traditions and festivals in cities around Toulouse

Andorra la Vella
If you arrive in Andorra de Vella in the summer, during the solstice, you can see quite an interesting Fire Festival. The tradition of this event is rooted in the distant past, many centuries ago. This historical tradition was revived at the beginning of the Millennium by local enthusiasts - fallaires. They decided to continue the annual celebrations. Fallaires took as a ... Open »
Lourdes
If you are invited to dinner somewhere, you should remember that it is quite normal to eat at eight, nine or even ten o'clock in the evening here. Please note that home slippers are completely absent in the everyday life of most local residents. In general, of course, there is no dirt or debris on the streets of Lourdes. However, at first, it is difficult to accept the fact ... Open »
Languedoc-Roussillon
Every year on April 23 Sant Jordi is celebrated in Perpignan; bread, roses and books are symbols of this beautiful historic celebration. Saint George or Sant Jordi is considered the patron saint of Catalonia, so the holiday is celebrated on a large scale and with special solemnity. Over the years, holiday traditions have changed significantly; now all the important events take ... Open »
Aquitaine Region
For the men in Aquitaine it is perfectly natural to show their appreciation towards women. To pursue woman’s good graces is a kind of a national tradition. If a French man invites you to his place, make no mistake, he will do everything to seduce you. You won’t get bored in Aquitaine at any time of the year. There are big feasts and cultural festivals almost every month. ... Open »
Montpellier
As for modern Montpellier, the locals’ love of two-wheel transport should be mentioned. Many central streets are closed for road transport so you can travel only on foot or ride a bike here. In Montpellier, there are wonderful conditions for bikers. There are special paths, the total length of which is 120 km. The guests of the city have an opportunity to participate in ... Open »
Bordeaux
The participants of the procession dress up in beautiful costumes and go through all main streets of the city. The procession ends on Place de la Bourse Square. Next the city’s mayor makes a welcome speech and announces the opening of the holiday. After the speech attention of all guests is automatically captured by the drink. The square becomes the location of mass wine ... Open »

Cityguide on traditions, mentality and lifestyle of people in Toulouse. Learn the best periods to visit Toulouse to discover its soul - authentic festivals, events and celebrations. We will also reveal the interesting habits, attitude towards the world and to tourists in Toulouse.